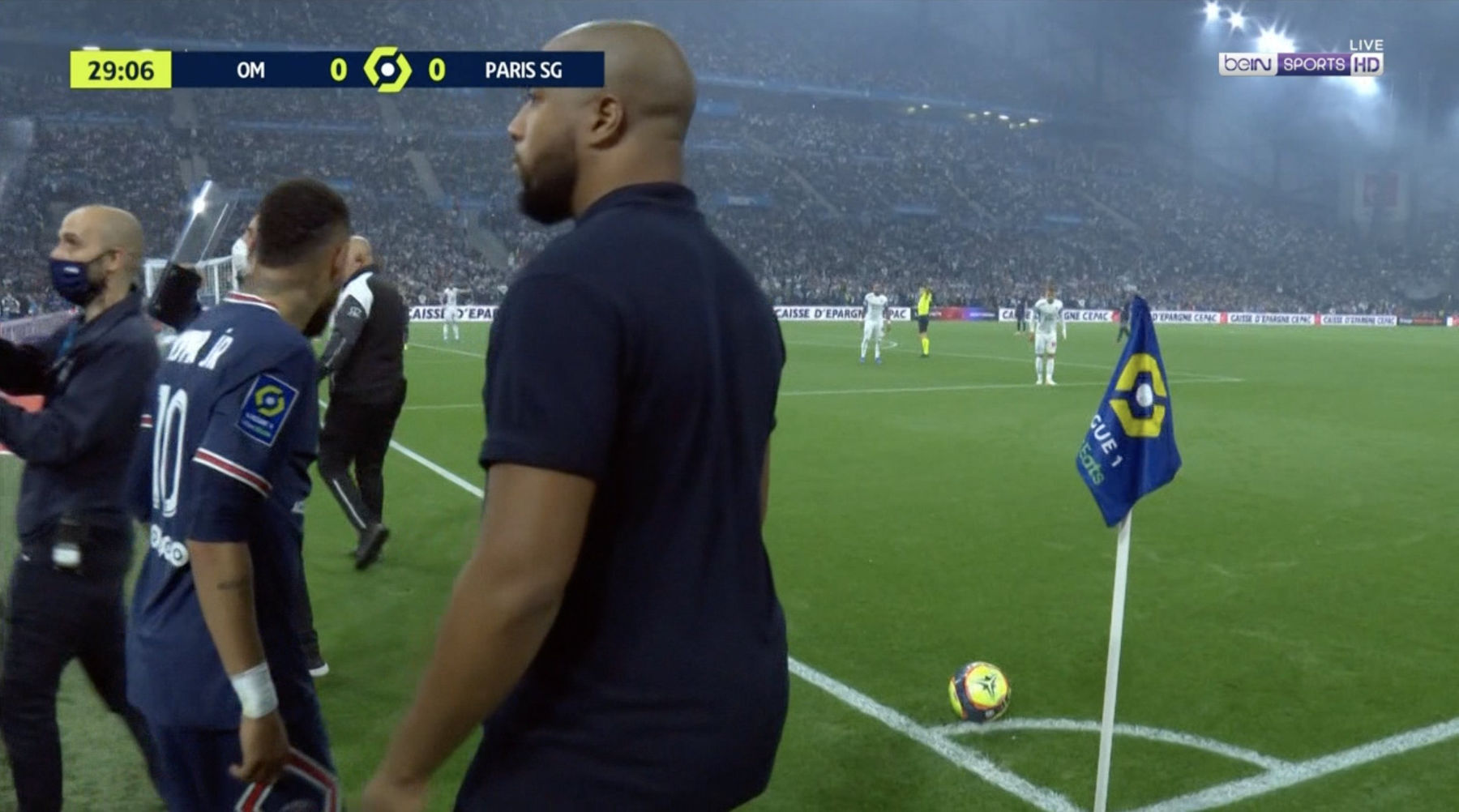 In what’s becoming an all too regular occurrence, the match between Paris Saint-Germain and Olympique de Marseille at the Orange Vélodrome was temporarily halted because some OM supporters decided to throw trash onto the pitch.

Midway through the first half, PSG won a corner kick and as Neymar Jr. walked over to the flag, the trash came raining down. After a brief pause in the action, Neymar finally stepped up to take the corner but required police protection in order to do so. Some of them holding shields to deflect the debris aimed at the Brazil international.

Neymar Jr. had to take this corner under police protection 👀 pic.twitter.com/xkeJw2MmdJ

As this match continues, expect more incidents like this, which begs the question, when will the league and French football do something to punish the supporters who are quite clearly endangering the players on the pitch?

PSG currently sits in first place in Ligue 1 with Marseille 10 points behind in fourth place.