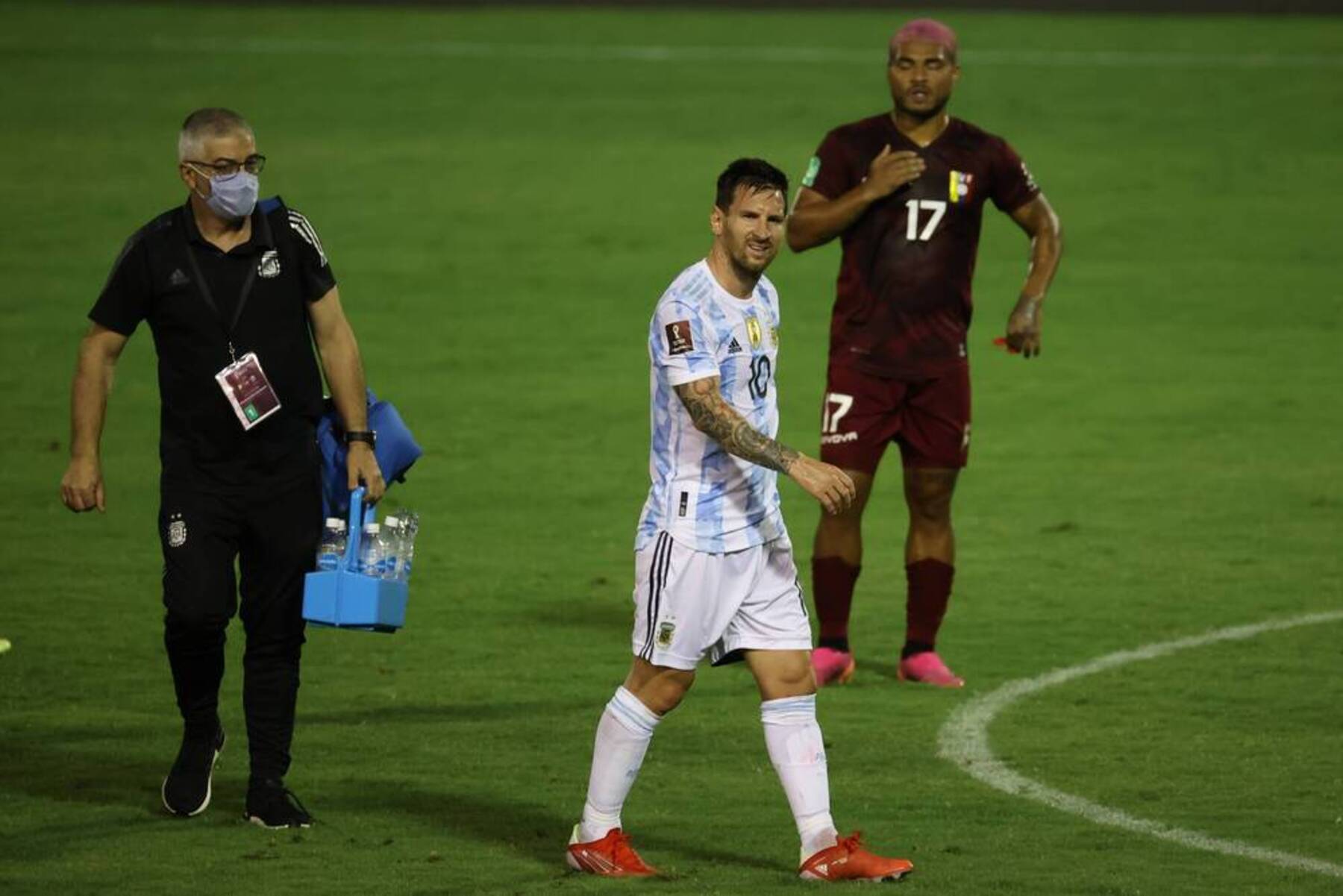 Video
Video: Messi Reflects on the Injury Scare Suffered During the Fixture Against Venezuela
By Steve Zavala - 9 September 2021, 4:30

Officials for both Paris Saint-Germain and the Argentina national team surely were left speechless for a while after they watched Lionel Messi suffer an injury scare last week.

The new PSG forward took on one reckless challenge from defender Adrian Martinez during Argentina’s 2022 World Cup qualifying fixture against Venezuela. Martinez subsequently earned a red card for the tackle.

In speaking to ESPN Argentina, Messi reflected on this tackle.

“At that moment I felt like my leg went backwards, I felt something in my knee,” Messi said. “I was a bit annoyed in the match. Luckily it was just the kick, but at that moment the kick was ugly.”

Messi continued on with the match without much of an issue following the challenge.