The last time we saw Paris Saint-Germain in the UEFA Champions League, they were being outplayed by a Manchester City side that was completely in control of the semi-final tie that ended 4-1 on aggregate. A lot has changed since then.

This summer, PSG set out on a mission to improve at every position and had one of the best transfer windows of all time. Lionel Messi, Sergio Ramos, Gianluigi Donnarumma, and Georginio Wijnaldum all arrived on a free transfer. In addition, PSG splashed the cash on two new full-backs in Achraf Hakimi and Nuno Mendes. Not only are they the favorites if you want to bet on the French Ligue 1, but they’re easily the betting favorites to win the Champions League. 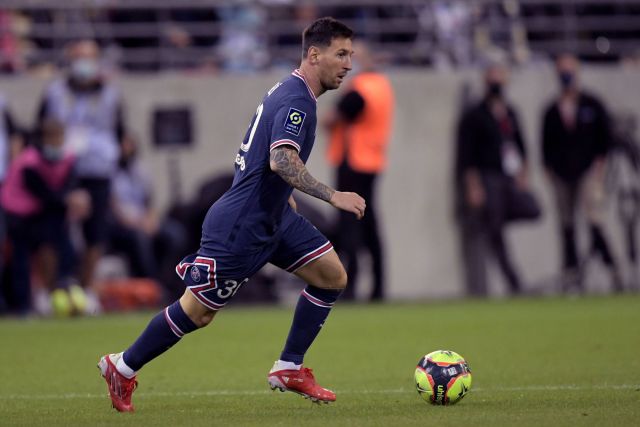 As with every season, nothing PSG accomplishes domestically will be enough to silence its critics. It’s Champions League or bust for the capital club. With that said, we won’t really have an idea of how good this version of PSG is until two games in particular against…you guessed it…Manchester City.

The Champions League draw resulted in a dream matchup pitting PSG against fellow super club Manchester City. The first match between the two sides will be on September 28, at the Parc des Princes, and the second will be at the Etihad Stadium on November 24. The away fixture for PSG will likely determine which team tops Group A, which also includes RB Leipzig and Club Brugge.

Those two dates don’t leave Mauricio Pochettino much time to integrate the new signings into the team. There are also injuries and fatigue from international tournaments to deal with as well. But no one cares nor will they allow PSG to use those excuses if they’re run off the pitch by Pep Guardiola’s squad.

On the flip side, it will be interesting to see how City plans to defend PSG’s attacking trio of Neymar Jr., Kylian Mbappé, and Messi. You could also throw Hakimi and Mendes into the mix as both full-backs will get forward as much as possible to join the attack. If Pochettino gets things right, I could see PSG getting revenge for last season’s defeat.

If PSG can prove that they are clearly better than City—the defending Premier League champions and Champions League runners-up—it will strike fear into the hearts of other clubs who will be hoping to avoid PSG for as long as possible in the tournament. It’s a chance for them to earn more respect amongst their European rivals and also to become one of the most feared teams on the planet.