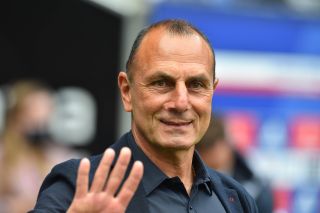 With the ongoing rumors of Lionel Messi on the verge of signing with Paris Saint-Germain, the French media is taking stock when it comes to what it means for Ligue 1.

This weekend, the French league kicks off their 2021-22 season, and when at their press conference, plenty of managers were asked about the possibility of Messi joining Ligue 1.

“It would be amazing. I’m not going to be polite, but [Messi] makes me hard. He’s a really great player,” Zakarian said. “We say that we have a shitty Championship, that we have a lot of bad things, but if we manage to bring in such a player, it’s extraordinary. We’re going to have a blast.”