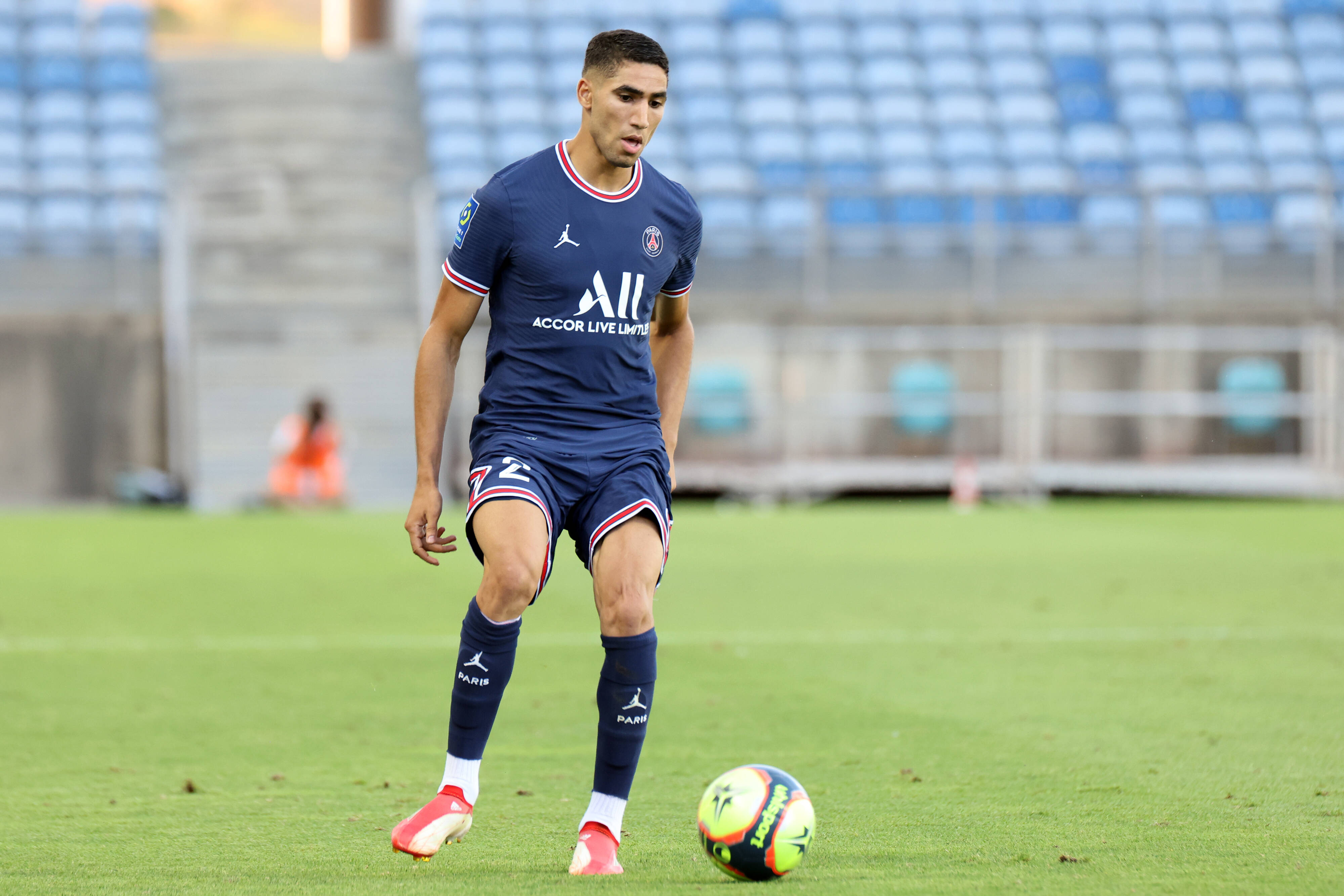 Video
Video: ‘We Are Happy to Have Him With Us’ – Idrissa Gueye Comments on the Form of Achraf Hakimi This Preseason
By Eduardo - 31 July 2021, 7:16

Achraf Hakimi has looked impressive in two friendlies for Paris Saint-Germain. It seems as though the 22-year-old could live up to the expectations placed on his following the transfer from Inter Milan this summer.

PSG midfielder Idrissa Gueye spoke to the media ahead of their matchup against Lille; the 31-year-old provided his thoughts on Hakimi. Paris Fans relayed the comments made by Gueye.

The midfielder stated that he’s not surprised by Hakimi’s quality since he’s played against him at the international level.

“Ashraf, I knew him before he arrived. I have already played against him, with Senegal against Morocco,” Gueye said. “He is a player that we already appreciated. Having very good players like that, as we have seen in matches, he can be found very easy to have chances and score. We are happy to have him with us.”