Since the start of the summer transfer window, there have been various rumors regarding Paris Saint-Germain striker Mauro Icardi and whether he remains with the capital club. Reports of a possible return to Italy surfaced non-stop, but the 28-year-old took to social media to make his future clear.

On Instagram (via Canal Supporters), Icardi posted a picture with a message on a story post, confirming that he plans to stay with the Ligue 1 side for this upcoming season.

“This season, the next, and the next! There was never any doubt!” Icardi wrote. 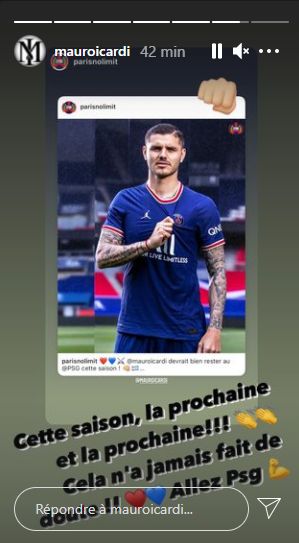