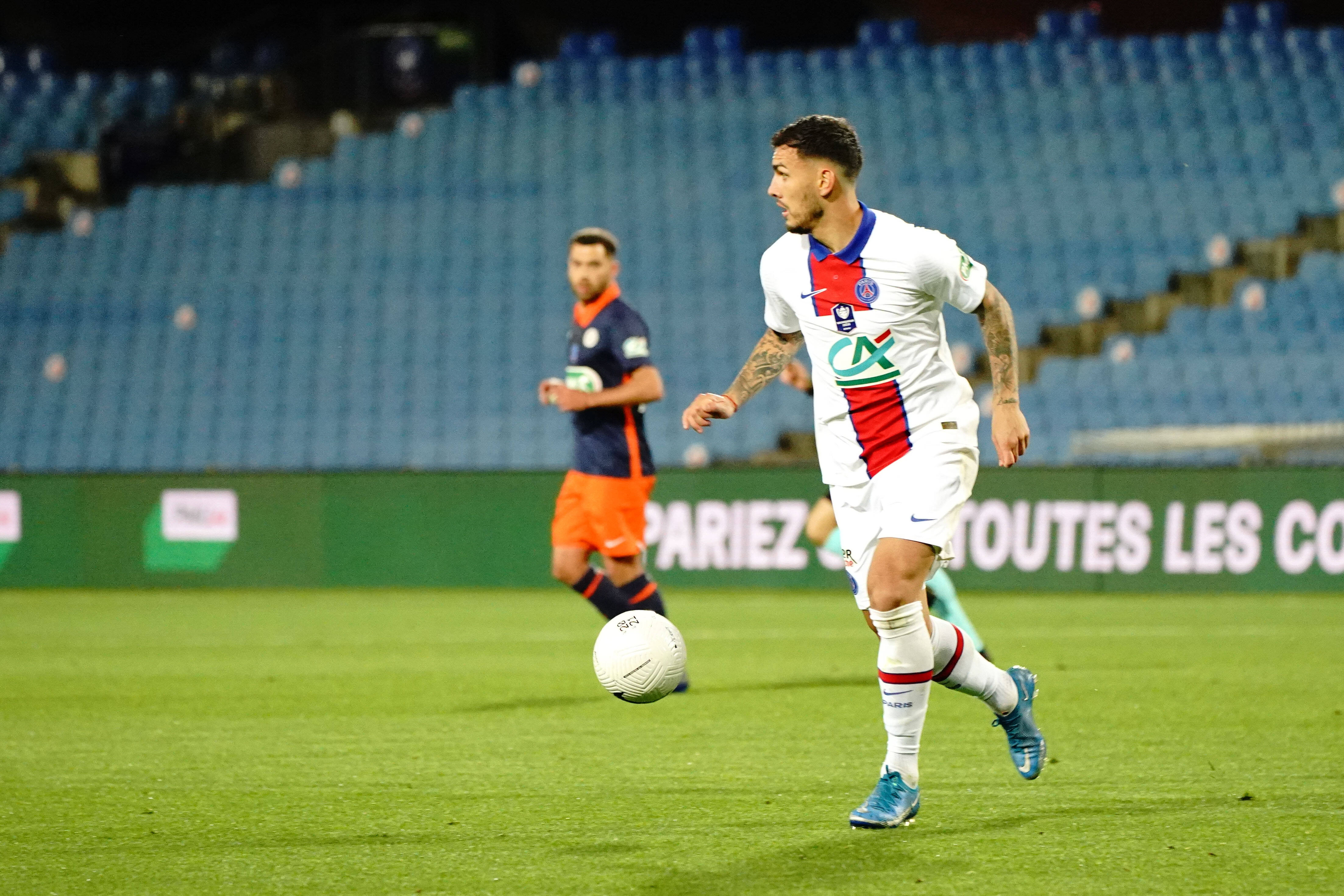 Match Recap Video
Video: ‘We Knew It Would Be Not Easy on This Pitch’ – Leandro Paredes on PSG’s Coupe de France Semi-Final Win over Montpellier
By Eduardo - 13 May 2021, 9:34

Paris Saint-Germain is heading to the Coupe de France final after a penalty-kick shootout victory following a 2-2 draw against Montpellier.

The capital club’s two goals came courtesy of Kylian Mbappé, who returned to the starting eleven. Another player that had a quality match is Leandro Paredes. The 26-year-old had 96 touches going 77 for 80 on his passes for a 96-percent completion while playing 90 minutes.

After the match, Paredes spoke to PSG TV, where he discussed the win.

“We played a very difficult game against an opponent who made it difficult for us. We knew it would be not easy on this pitch, and I think we had a good game. We could have scored more goals, but the most important thing is to have qualified for the final. It was our goal,” Paredes said.

“We created several opportunities to fold the game, but we did not materialize them. These are game situations that must be improved, but the most important thing is to have qualified for the final. We are in the final of the Coupe de France, and we will do our best to finish it in the best possible way.”