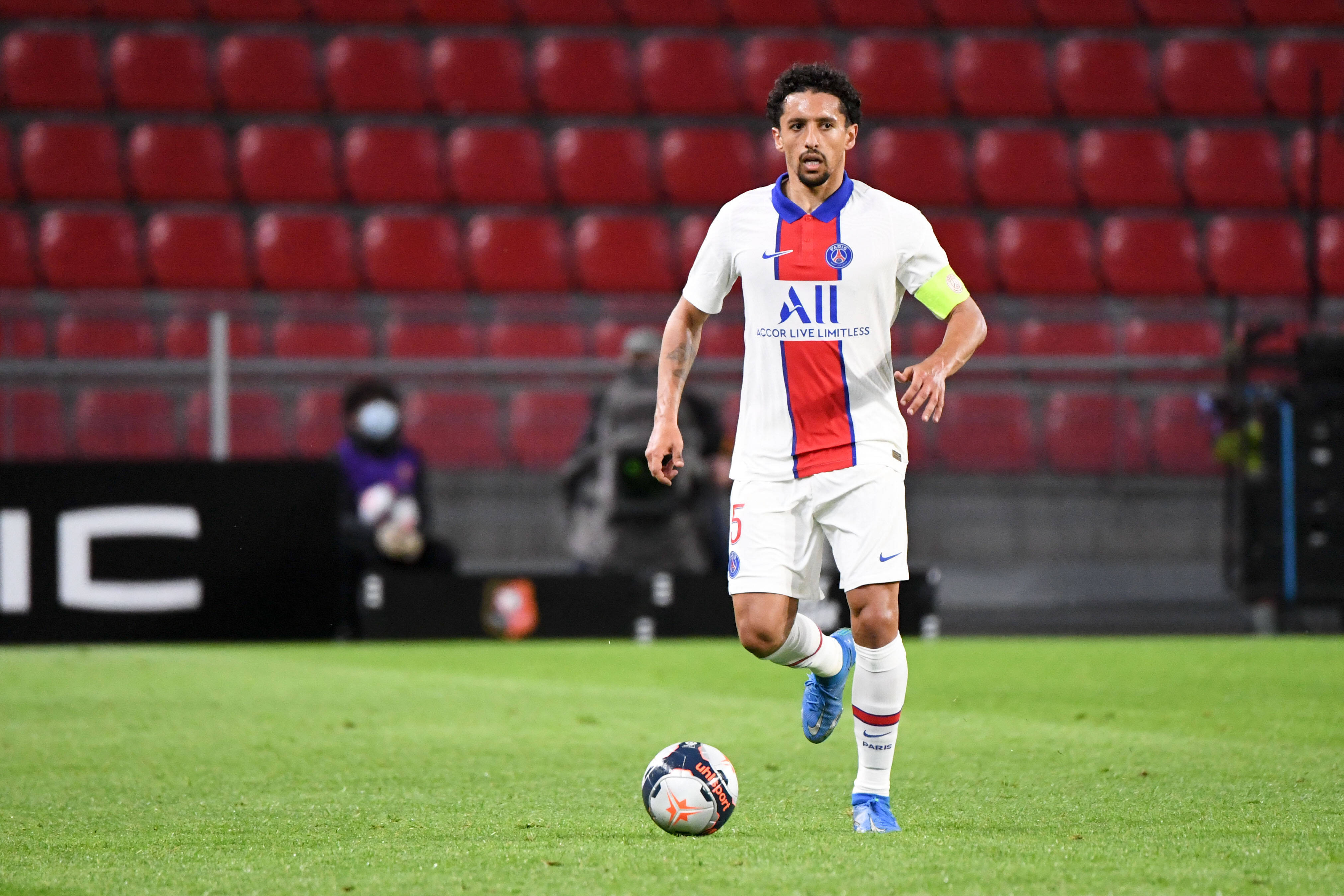 Match Recap Video
Video: ‘We Also Had Chances, but We Couldn’t Score’ – Marquinhos Discusses What Went Wrong For PSG Against Stade Rennais
By Eduardo - 9 May 2021, 22:23

It’s been a tough week for Paris Saint-Germain as they fell in the UEFA Champions League to Manchester City, and now their Ligue 1 title hopes slip through their hands as they dropped points in their 1-1 draw to Stade Rennais.

After the match, Marquinhos spoke to Canal Football Club, where Canal Supporters relayed his comments regarding the result against Rennes. One of the first questions he answered is about the morale of the squad.

“Of course. We will believe until the end. We’re not going to lose our faith, but when you’re PSG, you have to do a lot better than that. We still have the championship to play,” Marquinhos said. “It’s challenging against a team from Lille, which is strong and wins every match. But there are two games left, and we have to believe it. First, we have to think of ourselves and do better things. We have to win the matches, and then we’ll see what we can do.”

The next question Marquinhos answered is regarding the chances they’re conceding.

“We also had chances, but we couldn’t score. Football is like that; it’s the details. Afterward, if you don’t manage to be decisive, we have chances, and we manage to start a match well. We have a lot of chances, but we only scored one goal. They had a corner, and they scored; it’s football, that’s how it is. We agree with what everyone is saying; we know we have to do better,” Marquinhos said.

“If we look at the results of the season, we had a lot of failures, especially at home. We left behind points, and it hurts us at the end of the season. Now we count the points, and we start to look at how many points we missed.”

Marquinhos Discusses the Uncertain Future of Mbappe at PSG
30 August 2021, 19:50
Follow Us