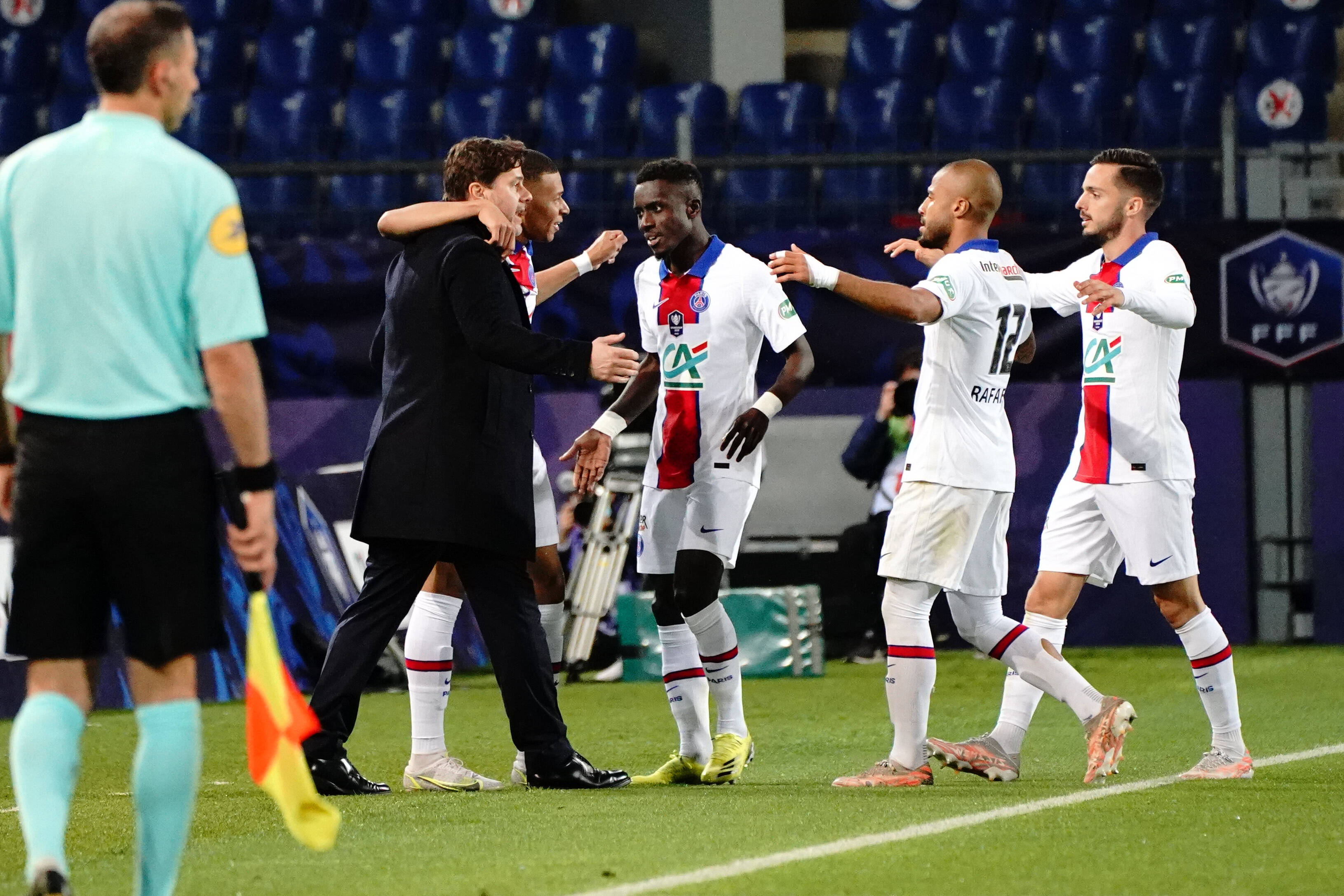 Paris Saint-Germain has punched their ticket into the Coupe de France final after winning in a penalty kick shootout following a 2-2 draw result against Montpellier Hérault SC.

After the match, manager Mauricio Pochettino spoke to Eurosport 2 (via Canal Supporters) and discussed the victory with the French media outlet. One of the first questions the Argentine tactician answered is over the overall match.

“It was a really tough game. Montpellier is a very good team. The approach to matches in this competition is very different. I think we played well. Frankly, it’s a shame to have had to go through the penalty shootout. But I’m proud of my players, of the efforts. We can now look forward to Wednesday’s final,” Pochettino said.

“Nine changes in the composition? PSG has a very large workforce. All players deserve to play. We were disappointed with the performance against Rennes; some players were tired. I am delighted with this performance. You have to be competitive in this challenging season and have all the players focused.”

Eurosport 2 then asked Pochettino his thoughts concerning how the French giants played in the 2-2 draw.

“Yes, I’m happy with that to see how the team played today,” Pochettino said. “This is the way we wanted to play. The whole team has to feel it; all the players have to play collectively. This is the challenge, the challenge for us.”

“For the moment, it is still a bit tight, but we must continue in this direction. As much as we were very disappointed on Sunday against Rennes, we are also very happy with tonight’s performance.”

The next question thrown at the PSG manager is over the two goals conceded, and Pochettino did reveal that he understands his squad needs to cut down on the number of goals they surrendered.

“Yes, that’s too much. It’s a lot,” Pochettino said. “I think there were three chances for Montpellier. This is something that we must improve not only in the present but in the future. We must not concede so many goals. We need to work in this area.”

Finally, Pochettino discussed the performance of Kylian Mbappé, who returned to the starting eleven and scored two goals in the match. After missing a couple of fixtures, the Argentine tactician is glad to have the 22-year-old back in the lineup.

“I cannot answer the opposite of what you are saying. Kylian is one of the best players in the world. He showed all his qualities. Today he was incredible and very important in this game. My hug with him at the end of the game? Yes, with Kylian as with all the other players,” Pochettino said.

“In four months, we have created a very good relationship, especially respect, which is the most important. Only 11 players can play in each game, but I’m happy with how they give everything. We know we have to end the season as best as possible, but it made me very happy, especially when I think about the future because the talent is there, and we need to work hard to show it.”