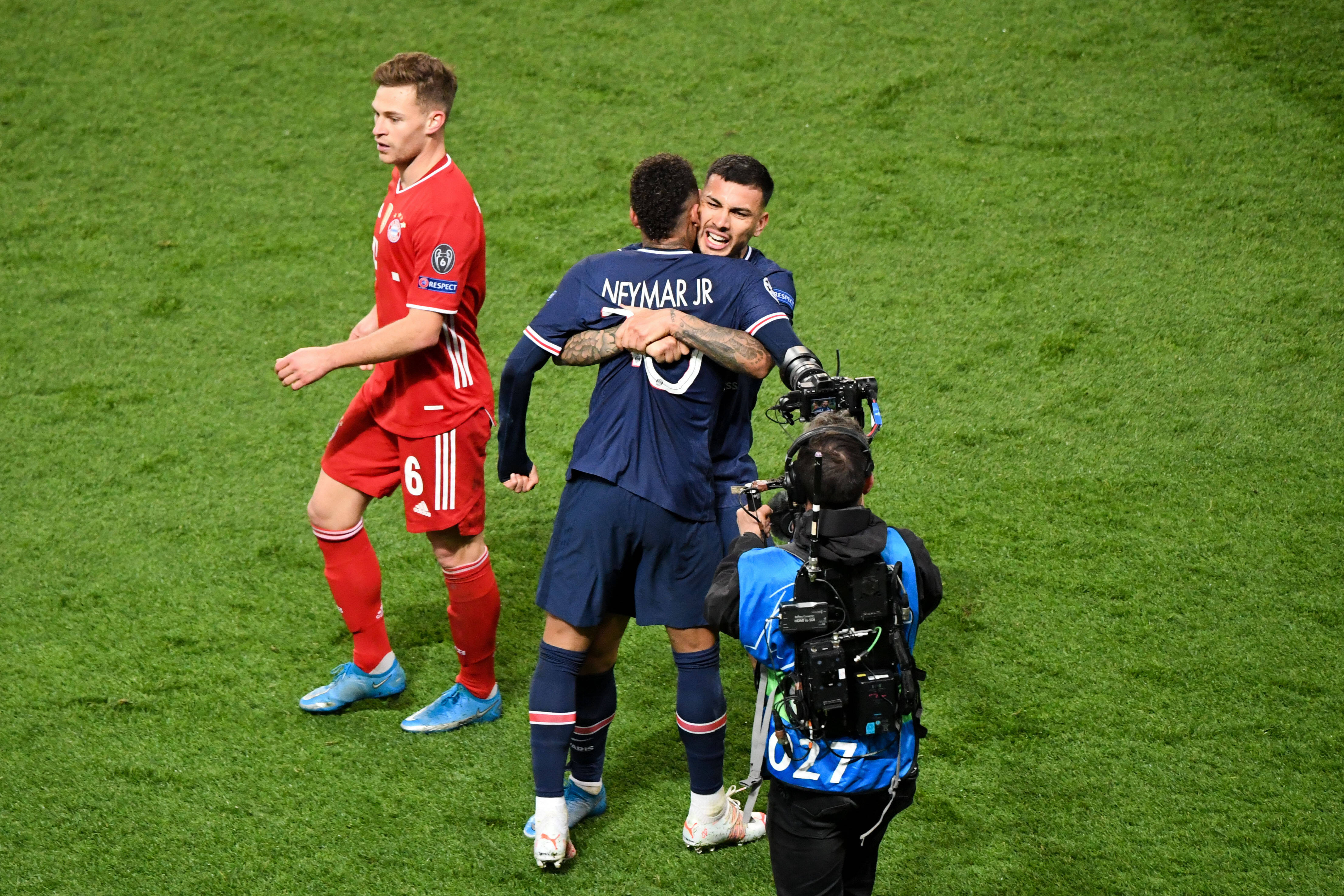 Match Recap Video
Video: ‘He Said Their Team Was Better, That They Would Win’ – Neymar on Celebrating In Front of Joshua Kimmich
By Eduardo - 13 April 2021, 23:42

Neymar Jr.’s video clip and picture celebrating with Leandro Paredes in front of Joshua Kimmich are going viral. As a result, many are wondering whether it was a coincidence or was it done on purpose.

The 29-year-old spoke to TNT Sports Brazil, where Neymar discussed the matter. ESPN Brazil relayed the comments made by the Paris Saint-Germain forward.

“Worse, it was not even to celebrate provoking him, it was more with Leo [Paredes], and I ended up celebrating with him. By fate, [Kimmich] went close to me. He said their team was better, that they would win. He was sure that they would go to the semifinal,” Neymar said.

For those who need context, before the second leg, Kimmich spoke to FC Bayern Munich’s official website, stating that he’s convinced they’d advance.

“Because we are the better team, I am convinced that we will get through,” Kimmich said.