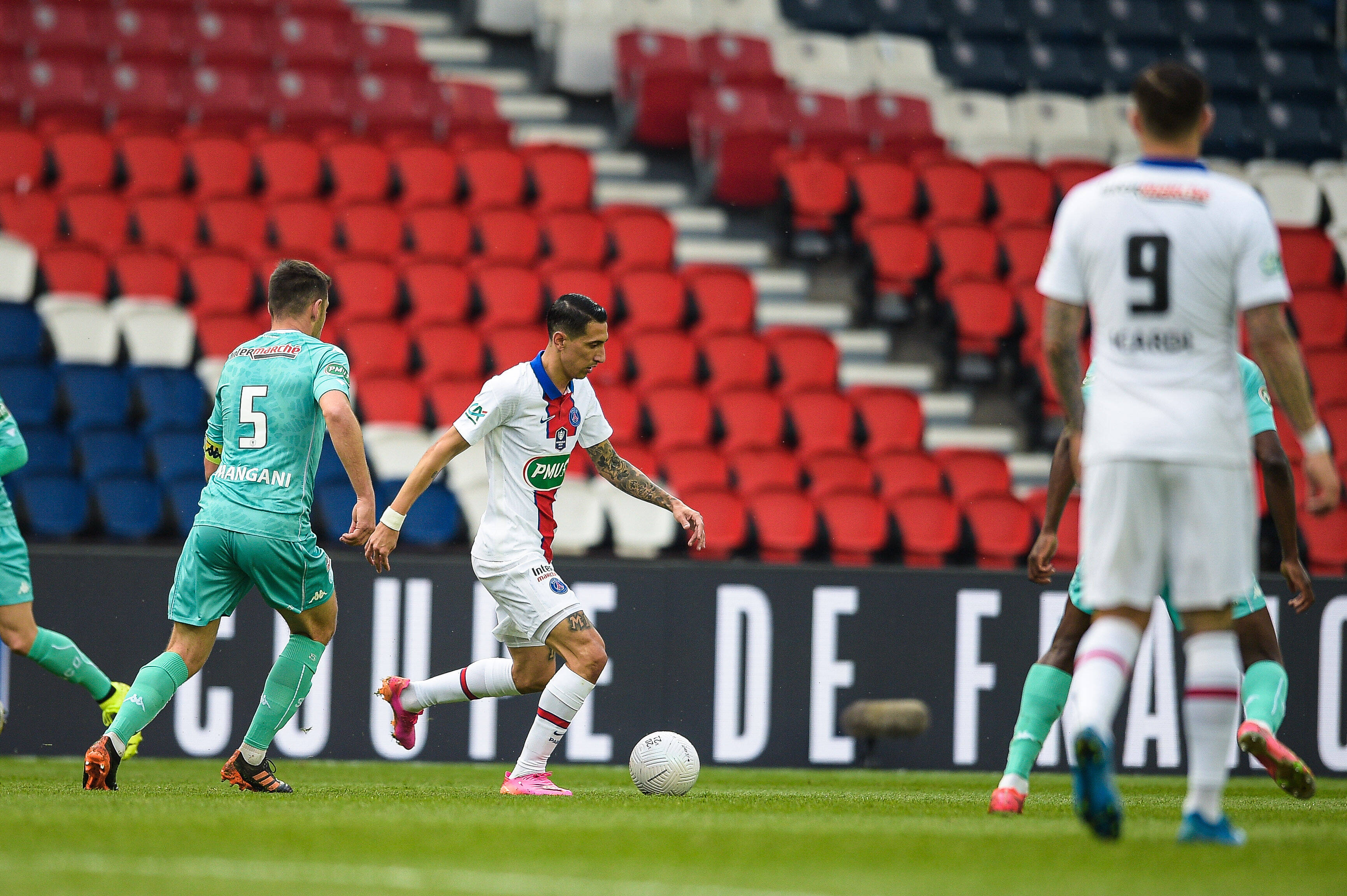 Ángel Di María played 72 minutes in Paris Saint-Germain’s 5-0 win over Angers SCO in their Coupe de France fixture. The Argentina international got the start after coming off the bench in last weekend’s matchup against AS Saint-Etienne.

Furthermore, the 33-year-old was the artist of a beautiful assist to Mauro Icardi for his compatriot’s second goal of the match. Di María spoke to PSG TV after the game to discuss the win and explained his assist on the Icardi goal.

“It’s a movement that starts with Colin; I play with him first. I then eliminated two players on a hook, and I saw Mauro in front of the goal,” Di María said. “I wanted to do a scarf shot, and as I always say, my scarf shot is better than my right foot! That’s why I decided to do this. It ended well with a goal, and that is the most important.”

Report: Di Maria and Paredes Expected to Start in Argentina’s World Cup Qualifying Fixture Against Chile
30 May 2021, 9:50
Follow Us