Paris Saint-Germain will be in the market for another striker, considering they could be losing one this summer. Moise Kean is currently on loan from Everton FC, and his deal expires in June, so both sides have to work out an agreement for a potential sale.

However, if Kean doesn’t remain in the French capital needs to find a striker to go alongside Mauro Icardi, who may or may not stick around for next season. Various reports have suggested that Icardi could be looking for a move back to Italy, and a potential sale would be to either help fund a purchase for Kean or get his high wages off the book.

Nonetheless, it seems destined that one of these two will go this summer, so Les Parisiens will be in the striker market. According to Tuttosport, one transfer target sporting director Leonardo might be eyeing Napoli’s Arkadiusz Milik, who’s currently on an 18-month loan to Olympic Marseille. 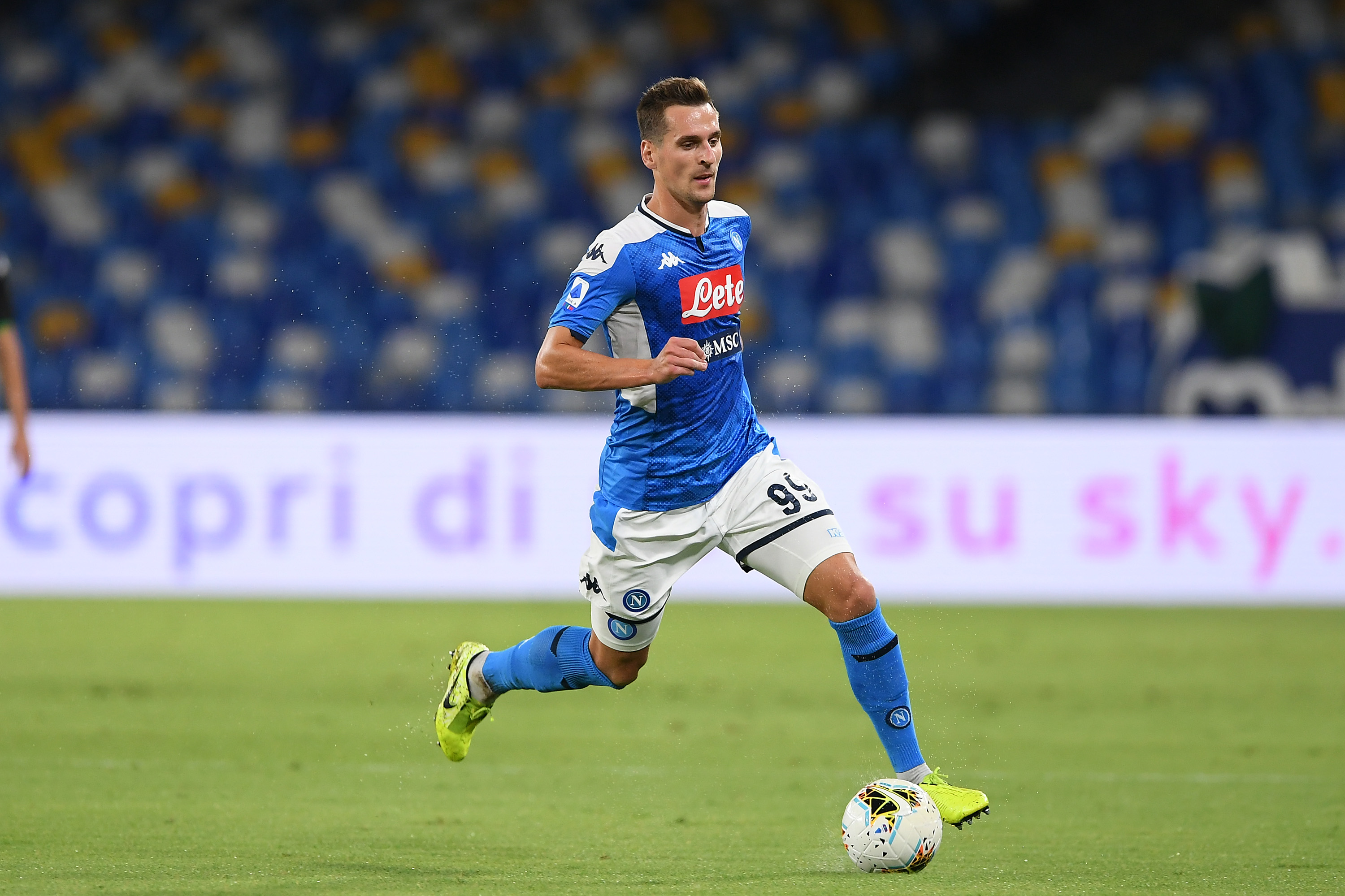 Milik has scored six goals in 12 appearances for OM, and with no UEFA Champions League football, it will be interesting to see whether PSG’s arch-rival decides to fork over €10-million for a player that the new regime didn’t bring in. Furthermore, a clause in the loan indicates an immediate resale of up to €12-million.

As a result, Napoli might want to sell despite the player being on loan it seems. Leonardo does like going after players who have played in Italy, so it comes as no surprise that the club chief eyes Milik, especially for his low price.