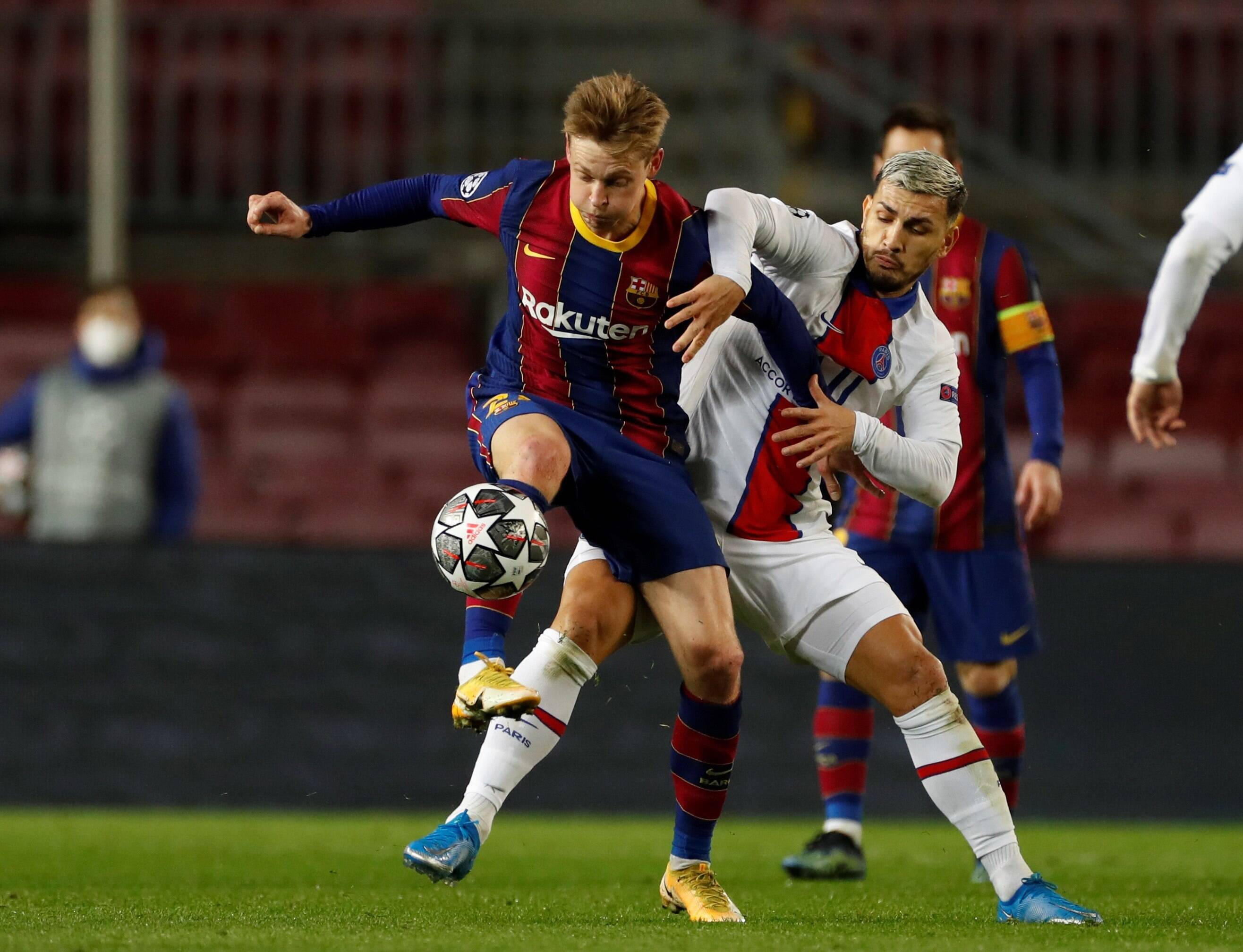 Match Preview Video
Video: ‘We’re Going There to Fight, and We’ll See How It Goes’ – de Jong on Whether Barça Is Thinking About a Remontada Against PSG
By Eduardo - 9 March 2021, 22:20

Down 4-1 and heading to the Parc des Princes, FC Barcelona wants a second remontada against Paris Saint-Germain. That’s the mindset that the Spanish side is having with them heading into the second-leg.

Ahead of the anticipated fixture, Barça midfielder Frenkie de Jong spoke to the media about their mentality regarding a possible comeback. Canal Supporters relayed the 23-year-old’s comments.

“We always have to qualify. We’re going there to fight and we’ll see how it goes. I don’t know if 4-1 is fair but we played badly in this first leg,” de Jong said. “We are going there to give a good image of Barcelona. A remontada? You always have to believe in it. We have been thinking about it since this weekend and we will try to prove it tomorrow.”

The midfielder also touched on the squad not having to face Neymar Jr. in the second-leg, making their life much easier.

“[Neymar] is one of the best players in the world. If he’s not there, for us it’s better or easier, I don’t know how to put it.”