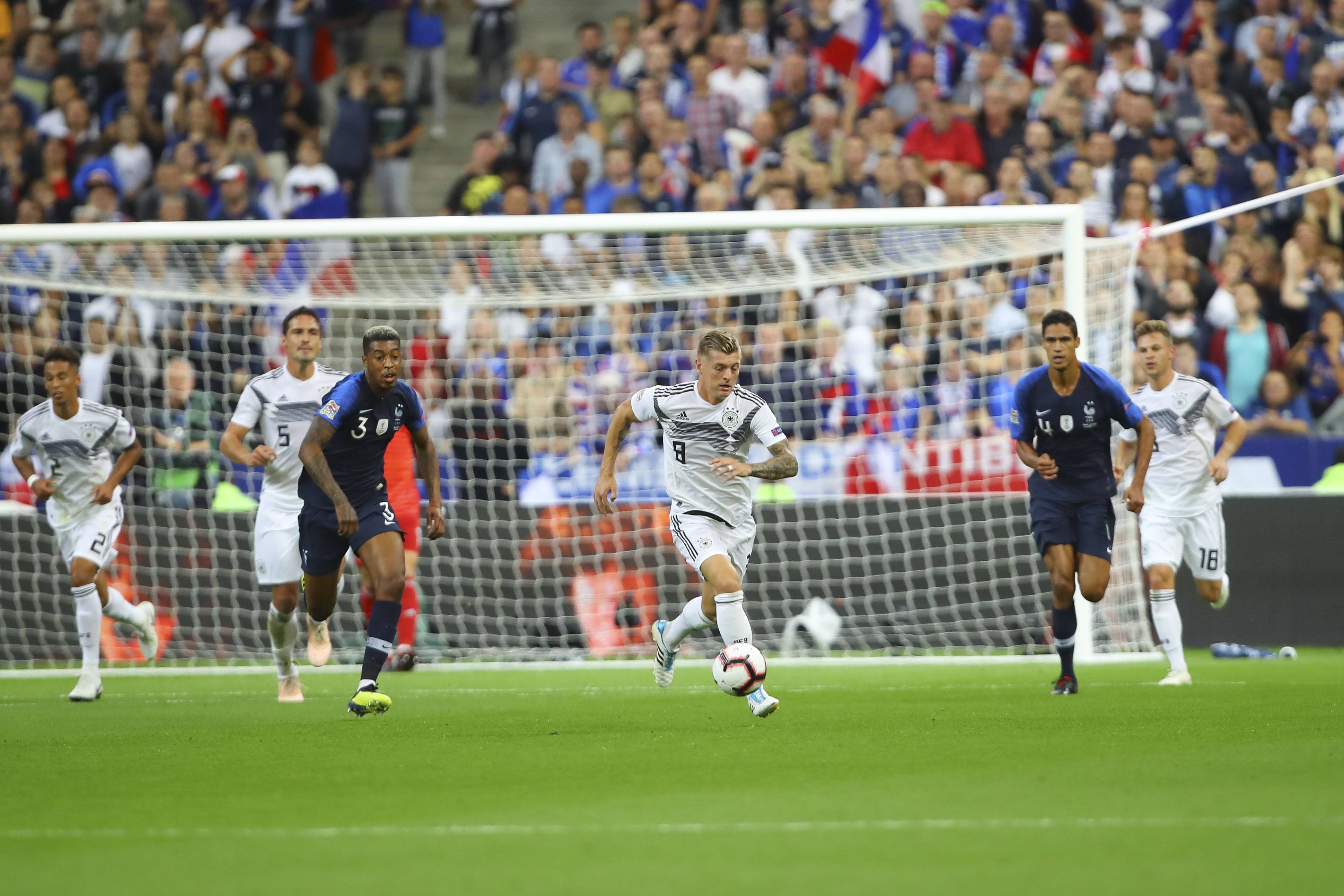 News Video
Video: ‘Our Understanding Is Very Good’ – Raphaël Varane on Playing Alongside Presnel Kimpembe for the French National Team
By Eduardo - 23 March 2021, 9:45

Presnel Kimpembe has become a vital piece for the Paris Saint-Germain defense. The 25-year-old made former captain Thiago Silva an expendable piece as the capital club had Kimpembe ready to play alongside Marquinhos.

However, Kimpembe is not only shown the caliber to be a central defender for Les Parisiens. The defender is displaying capabilities that he’s able to be a starter on the French national team.

During his press conference, Real Madrid defender and France national team teammate Raphaël Varane spoke about the progress Kimpembe made in his career. Canal Supporters relayed the comments made by Varane.

“[Kimpembe] evolved at his club. He knows the group well. He continued to progress. He has great qualities. He is efficient in his club and the national team. We see him very serene in the group and sure of his strength. He’s been there for a while and still manages to respond and pull the group up. He’s an important player for us,” Varane said.

Varane then transitioned to discussing his relationship with Kimpembe as both players could anchor France’s backline.

“With Presnel, we have complementary qualities. We know each other well. We get along well off the pitch. It allows us to move around better together on the field. A duo is a lot of experience, of lived experience. It’s super important. Our understanding is very good with Presnel, although it can always improve. But the defensive work is done collectively,” Varane said.