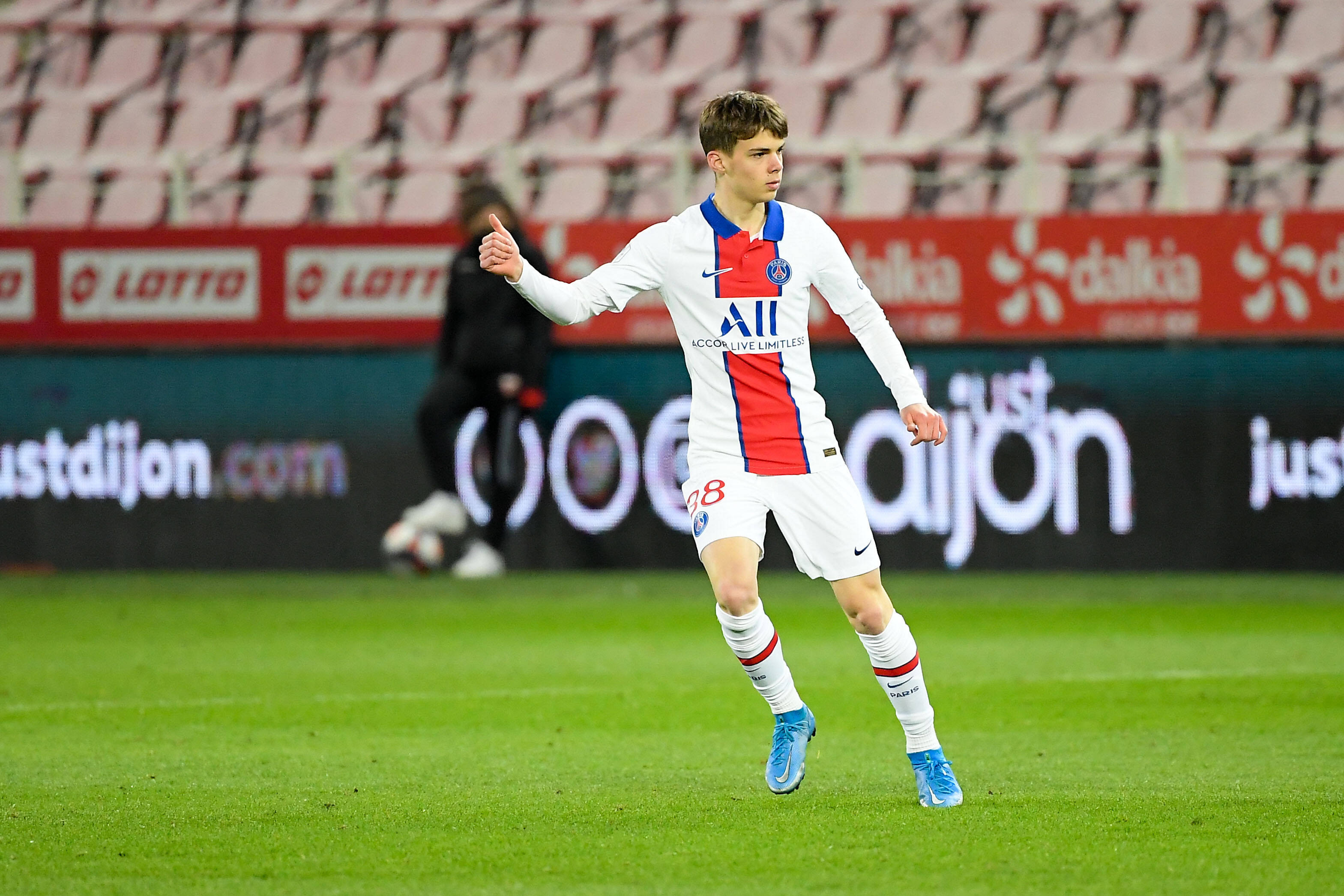 News
‘Now He Wants to Play for PSG in the First Team’ – Agent Reveals the Mentality of Paris SG Youth Product Edouard Michut
By Eduardo - 2 March 2021, 11:00

Edouard Michut is the crop of Paris Saint-Germain youth products looking to crack the first team and earn minutes regularly. The 17-year-old played a minute plus the injury time, as Michut got a taste of the first-team action.

Now the teenager will look to convince manager Mauricio Pochettino that he can help the squad, and they could need him. The capital club has one foot into the UEFA Champions League quarterfinals, Ligue 1, and Coupe de France action on the horizon.

Les Parisiens could be competing in three competitions, and so they’ll need to rotate their squad, which is where Michut could earn some playing time.

In an interview with L‘Équipe (via Paris Fans), Michut’s agent, Philippe Lamboley, described the drive that the teenager has to play consistently with the first-team.

“He was thrilled. He lived it as a symbol. He stayed a few times in the stands after being summoned to the group, then on the bench in Barcelona. He does not want to stop at an entry into the game,” Lamboley said.

“Now he wants to play for PSG in the first team. He knows what he wants and gives himself the means. Édouard is very professional; he eats and sleeps when he has to and works in addition.”

PSG can often be a scary lineup to crack with all the world-class players on the squad. Nonetheless, if Michut needs an example that it is possible to play consistently as a youth product, all he needs to do is look over at Presnel Kimpembe to see that it’s possible.

The 17-year-old is under contract until 2023. There’s plenty of time to ease Michut into the first-team action to see if he’s up for the challenge.