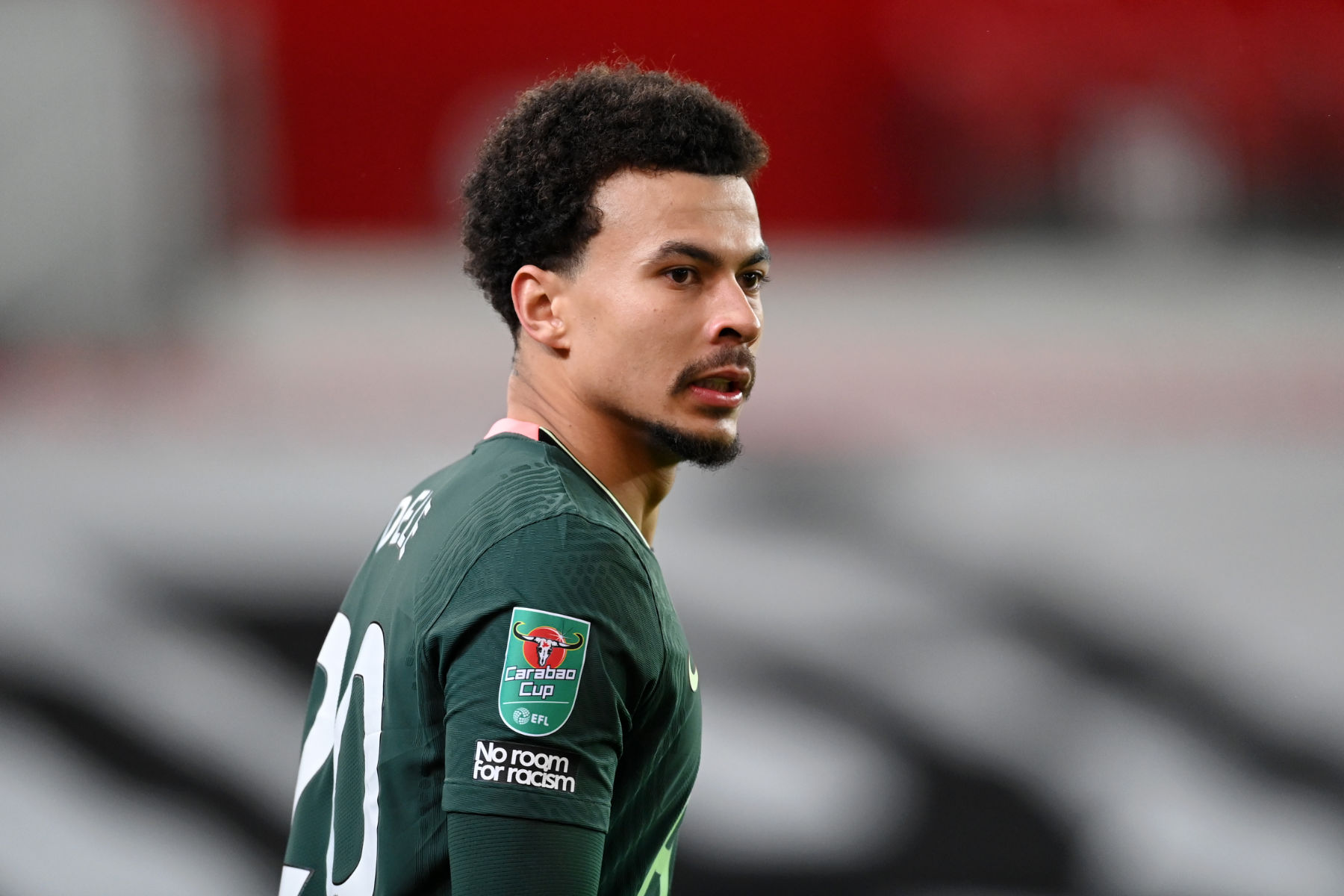 Even before his former manager Mauricio Pochettino took over the manager’s seat at Paris Saint-Germain, the club was linked with a move for Tottenham Hotspur’s Dele Alli. Poch’s arrival merely served to intensify those rumors and make a further case for a January loan deal.

With the England international midfielder seemingly out of favor under current boss Jose Mourinho, the obvious short term solution was to send Dele elsewhere in order to achieve game time. English clubs are reluctant to trade with their rivals so Paris was an obvious destination but ultimately, it wasn’t to be.

An injury to the player in early January didn’t help to advance any move but Paris Saint-Germain continued to be linked with that loan switch on deadline day. Arguably, there was more to be gained by the player than by the French club but recent form shouldn’t be seen as an overall indicator as far as Dele Alli is concerned.

Since joining Tottenham from Milton Keynes Dons in 2015, Dele has developed into one of the best attacking midfielders in the English game and he became an important part of the England side that made it to the semi-finals of the 2018 World Cup. His link-up play with the main strikers is outstanding and he contributes more than his fair share of goals. With 64 strikes to date at a ratio higher than one goal in every four matches, Dele can be a huge asset.

According to reports in UK newspapers, Mauricio Pochettino was keen to land his former player, and the loan deal collapsed simply because Tottenham refused to let Dele leave. It’s a confusing situation considering that the player has been involved in just four of the club’s first 20 Premier League matches this season but, for now, PSG have to forget and move on.

Pochettino and PSG must now focus on issues on the pitch and, for once, winning the Ligue 1 title is not a foregone conclusion. With seven of the last eight domestic titles going to this dominant Paris club, the trophy has involved something of a procession but 2020-21 promises to be different.

After the first 23 games of the campaign, PSG found themselves in third place, just behind Lyon and the leaders Lille. A mere three points separate the top three clubs but, whatever happens, this won’t be the dominant campaign that we’ve seen in recent years.

Despite that deficit, bookmakers affiliated to asiabet show PSG as red hot favorites to win yet another title. Pochettino’s club are odds on with Olympique Lyonnais and Lille OSC trailing some way behind. Those prices will be maintained for the remainder of the season and asiabet will also be on hand with news, opinions and handy guides such as live betting or how to deposit with your chosen sportsbook. According to those markets, PSG should still coast to glory but will they need to revisit the Dele Alli deal in the summer?

Speaking at the start of February, Mourinho made something of a U-Turn in terms of his out-of-favor midfielder. Ahead of a crucial run of fixtures following an alarming loss of form, Mourinho even went as far as to say that Spurs ‘need him’ and that the manager and player have been able to find some ‘common ground’.

The remainder of the 2020-21 season will, therefore, be pivotal in the career of Dele Alli. In many ways this is ‘classic Mourinho’, leaving a player out of contention in order to gain a response. If the manager is true to his word and gives Dele a chance as a regular starter in Spurs’ EPL campaign, he may well devote the next few years to his current employer.

That scenario would leave PSG to look elsewhere for midfield talent and they could do worse than consider one of Dele Alli’s former teammates. Christian Eriksen was a big-money signing for Inter Milan in January 2020, but the Danish international is barely used by head coach Antonio Conte. It is, of course, debatable whether PSG needs another attacking midfielder but either Eriksen or Dele Alli could be legitimate targets during the 2021 summer transfer window.

Report: Pochettino Considering Adding Kalimuendo to PSG’s Forward Depth for Next Season
5 May 2021, 20:00
Follow Us