In Paris Saint-Germain’s 4-1 first-leg victory over FC Barcelona in the UEFA Champions League Round of 16, Kylian Mbappé was the star of the show. The 22-year-old registered a hat trick in his first match at the Camp Nou.

Although Mbappé was the talk of the town for carrying the capital club’s offense without Neymar Jr. and Ángel Di María, PSG’s midfield pulled the strings.

Since Thiago Motta and Blaise Matuidi departed the French capital, supporters have called for the Les Parisiens to fix the midfield and give Marco Verratti some help.

It took some time, but Leandro Paredes is now complimenting the Italy international, not only in Ligue 1 but also in Champions League fixtures. In PSG’s win, both midfielders had one assist and had their fingerprints in three of the four goals that the capital club scored in the win. 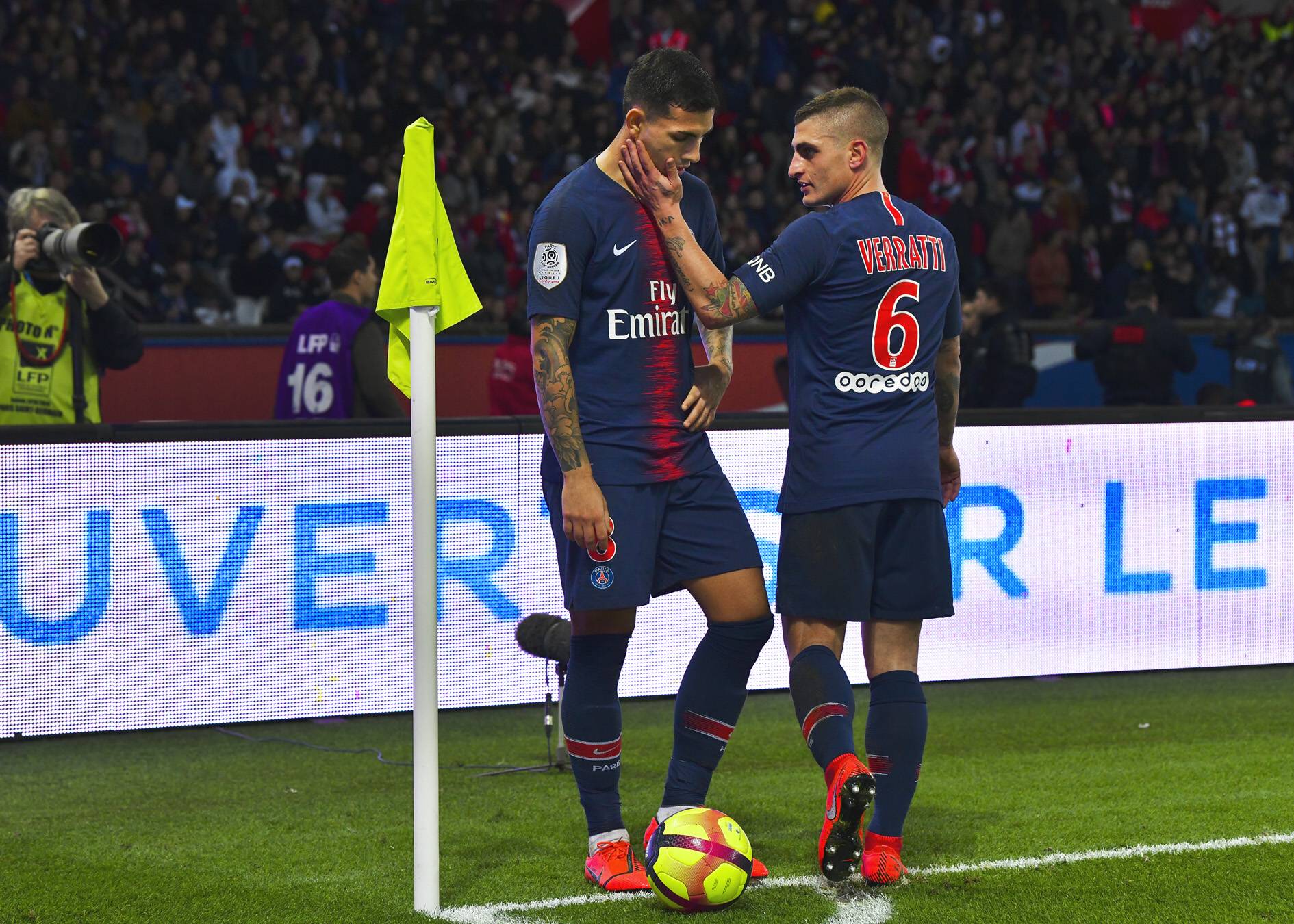 Former PSG midfielder Fabrice Pancrate commented on his former club’s midfield play against the Spanish side in an interview with Le Parisien.

“Big game for Verratti. The Paredes-Verratti doublet is confirmed from match to match,” Pancrate said. “They are complementary. How many times has Paredes been criticized since his arrival? I have always said that I found this player to be super strong.”

“He’s smart, technical, aggressive in a good way, and he’s not just a nasty gamer. It is also beautiful to watch. The pass he gives to Florenzi (on the 2nd Parisian goal) His tempo is perfect.”