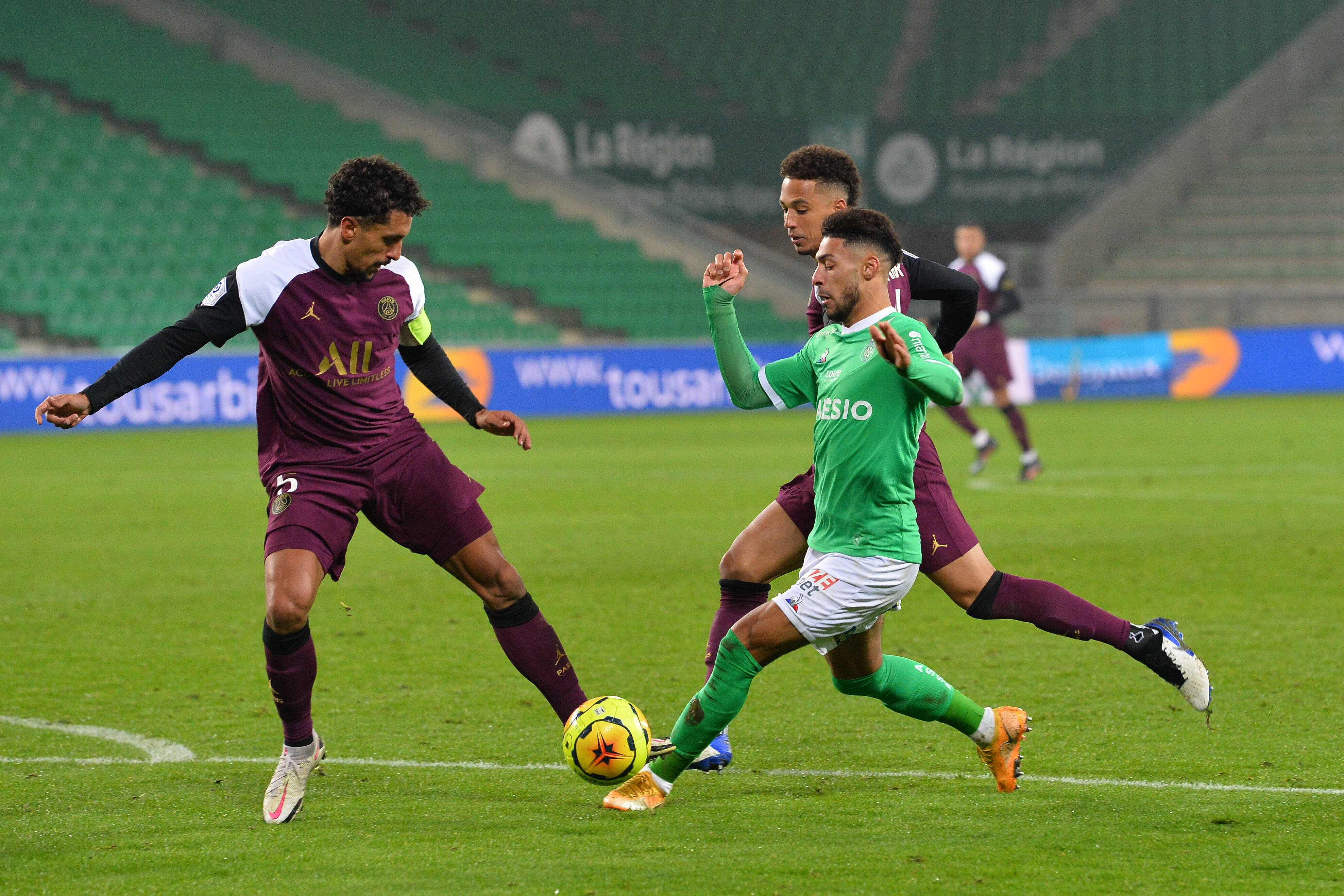 Paris Saint-Germain began the second half of their 2020-21 season with a disappointing 1-1 draw against AS Saint-Étienne. After the match, capital club captain, Marquinhos, took to the microphone to speak with Téléfoot La Chaîne where Canal Supporters relayed his words on the fixture.

The 26-year-old touched on the difficulties it is to play against Saint-Étienne. Furthermore, Marquinhos discusses how the squad made its life difficult by their play in the first half but improved in the second despite being unable to get the game-winning goal.

“Here, it’s always complicated. We had difficulties today. We like to play and tried to create today. It’s the start of a new era. There are things to improve. We came here to seek victory, but we failed. We must continue to work, to learn the new systems of the coach and make better matches for the future,” Marquinhos said.

“In the first half, they tried to block several times. We missed a few balls that allowed them to score behind. After that makes our game more difficult because we have to push to get back to the score. In the second half, we were more organized and were better. It is clear that there are some difficulties in the game. We have to adapt as quickly as possible for the next matches.”