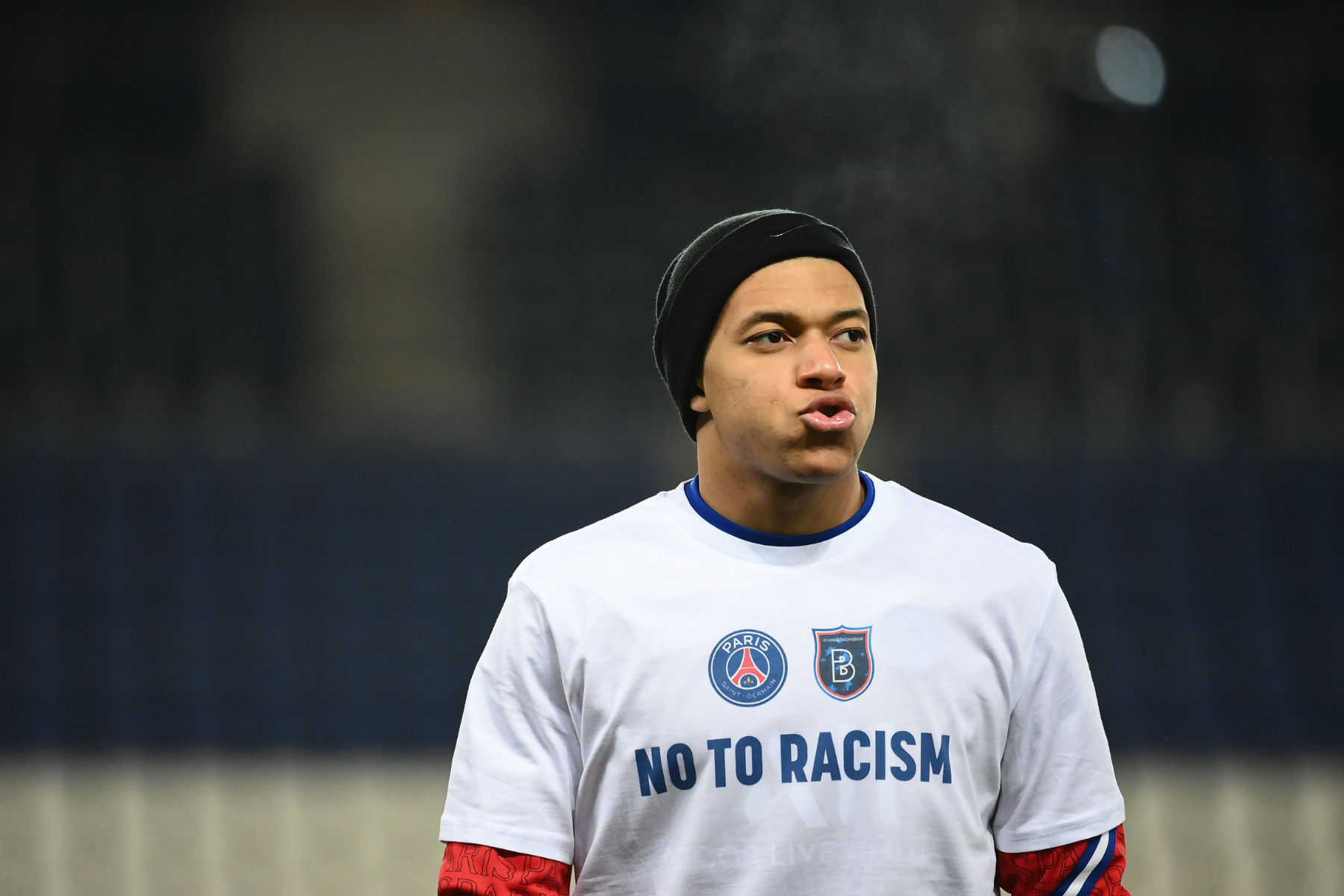 Match Recap Video
Video: ‘We Are All Human Beings, and That Was Intolerable’ – Mbappé Comments on the Alledged Racist Remarks by the Fourth Official
By Eduardo - 10 December 2020, 13:00

Throughout the 2020-21 UEFA Champions League group stage, Kylian Mbappé had failed to register a goal in the first five fixtures.

However, the 21-year-old finally picked up his first and second goal in Paris Saint-Germain’s 5-1 victory over İstanbul Başakşehir to not only punch their ticket to the Round of 16 but when Group H too.

After the match, Mbappé took to the microphone with Téléfoot to discuss the win, among other topics.

“We showed that we were tired that we no longer wanted to go through this. We are all human beings, and that was intolerable. Hope everyone saw it. It’s not just the players. Everyone is fed up. I really have to do something.”

Mbappé spoke about playing a match after the racial remarks that occurred the previous day.

“Frankly, we were not disappointed not to play yesterday. We made the decision to go back to the locker room and not to play. We were proud because we no longer want to let this kind of thing pass. By dint of letting go we will let believe that it is normal and it is not at all normal,” Mbappé said.

“We’re really happy with what we’re doing. Today, we had to get our head back on football because we had come for that at the base. This is what we did and we did it very well. We’re happy with this weekend in the middle of the week.”

Finally, he touched on his PSG teammate, Marco Verratti.

“Marco, the problem has never been when he’s on the pitch. It is always very important for us, indispensable,” Verratti said. “Sometimes he has problems, and it’s complicated. I think he’s going to handle that and he’s going to be very professional to help us all year round because we need him.”