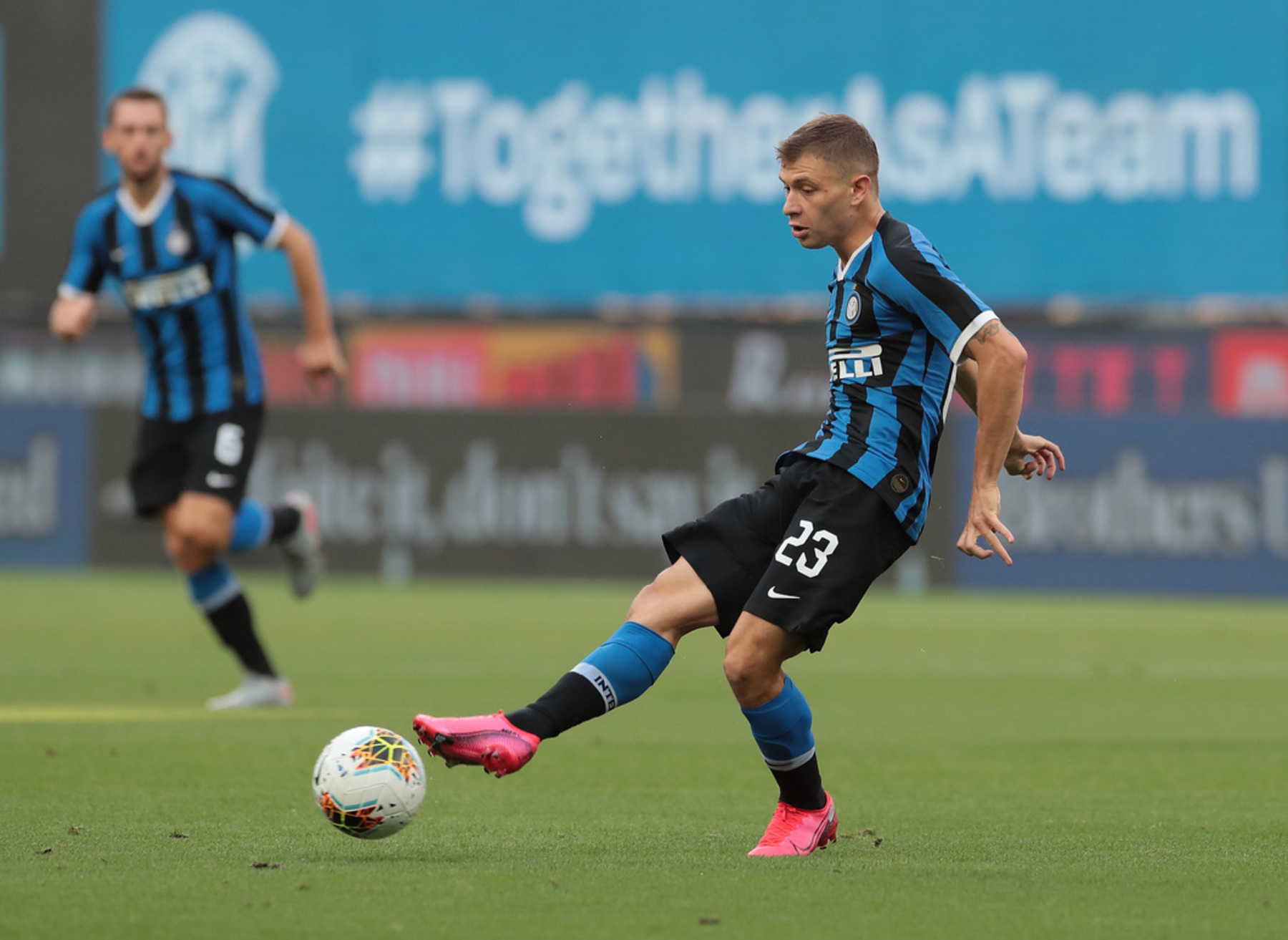 Paris Saint-Germain may soon be in need of possibly revamping its midfield and the club has one early transfer target in mind that could help in this task.

PSG is showing an early interest in Inter Milan midfielder Nicolo Barella, according to a report from the Italian-based outlet Corriere dello Sport (via TuttoMercatoWeb).

The report also links Barcelona as another side monitoring the Italian midfielder. Barcelona has reportedly asked for further information on the Italian talent. But for the moment, neither side has been reported to show any serious interest in possibly pursuing Barella over either of the upcoming pair of transfer windows.

Nonetheless, the interest from both clubs may not concern Inter as much. The report adds that Barella is not for sale since the Italian side views the midfielder as being a key piece of the team in the long run. Instead, Inter has its eyes set on signing Barella to a contract extension deal.

Barella joined Inter over the summer transfer window last year on a season-long loan move from Caligari. The loan move came with an obligation to buy, which was officially triggered over the recent summer transfer window. Barella made 41 appearances in all competitions for Inter last season and has worked to establish himself as one of the more reliable midfielders in Antonio Conte’s 3-5-2 setup.

It remains unclear whether PSG may push forward with an aggressive attempt to haul in the coveted midfield talent.