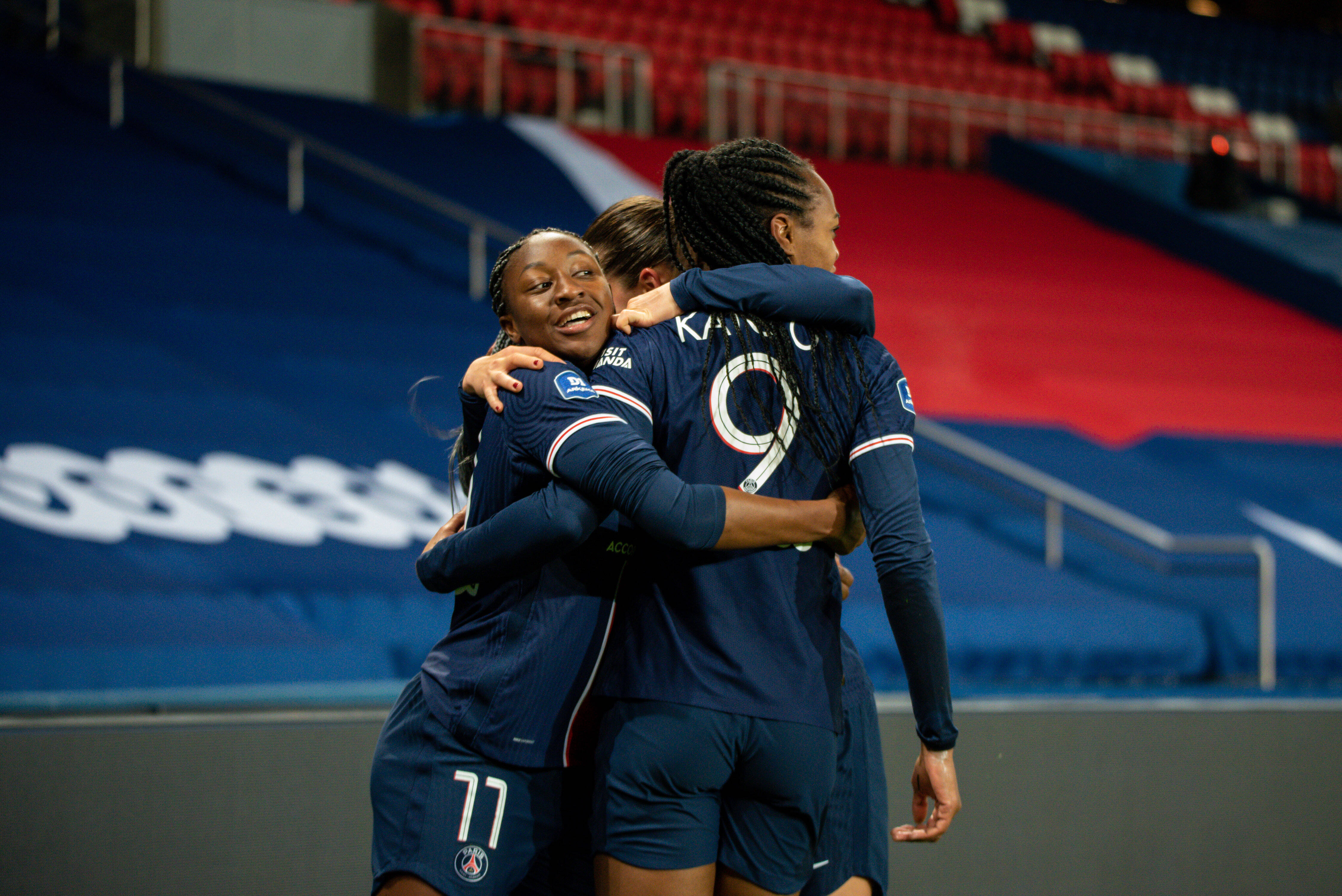 Match Recap Video
Video: ‘We Learned From All Our Mistakes and Failures’ – Katoto on PSG Féminine’s Victory Over Lyon
By Eduardo - 21 November 2020, 14:30

Paris Saint-Germain Féminine put an end to the dominant run that Olympique Lyonnais had domestically in Division 1 Féminine as Lyon had an 80-match unbeaten streak that stretched nearly four years.

The lone goal that gave the capital club the victory came courtesy of Marie-Antoinette Katoto, who took a pass and bypassed the goalkeeper to get a shot off that slowly trickled to the back of the net.

After the match, Katoto spoke with PSG TV to discuss the squad’s emotions as they finally defeated Lyon.

“It’s a great victory. Afterward, I sincerely think that it is one of our best matches against OL. The first half was very good. In second, we were a little tough but we held to the result. We will correct what is necessary. It shows that we have made good progress. We learned from all our mistakes and failures,” Katoto said.

“My goal? I see the goalie come out and I decide to dribble her. Afterward, I thought the ball didn’t fit. I saw the defender at the last moment and she slips, so much the better. So with success, it also ends at the bottom and we have the three points. It’s perfect.”