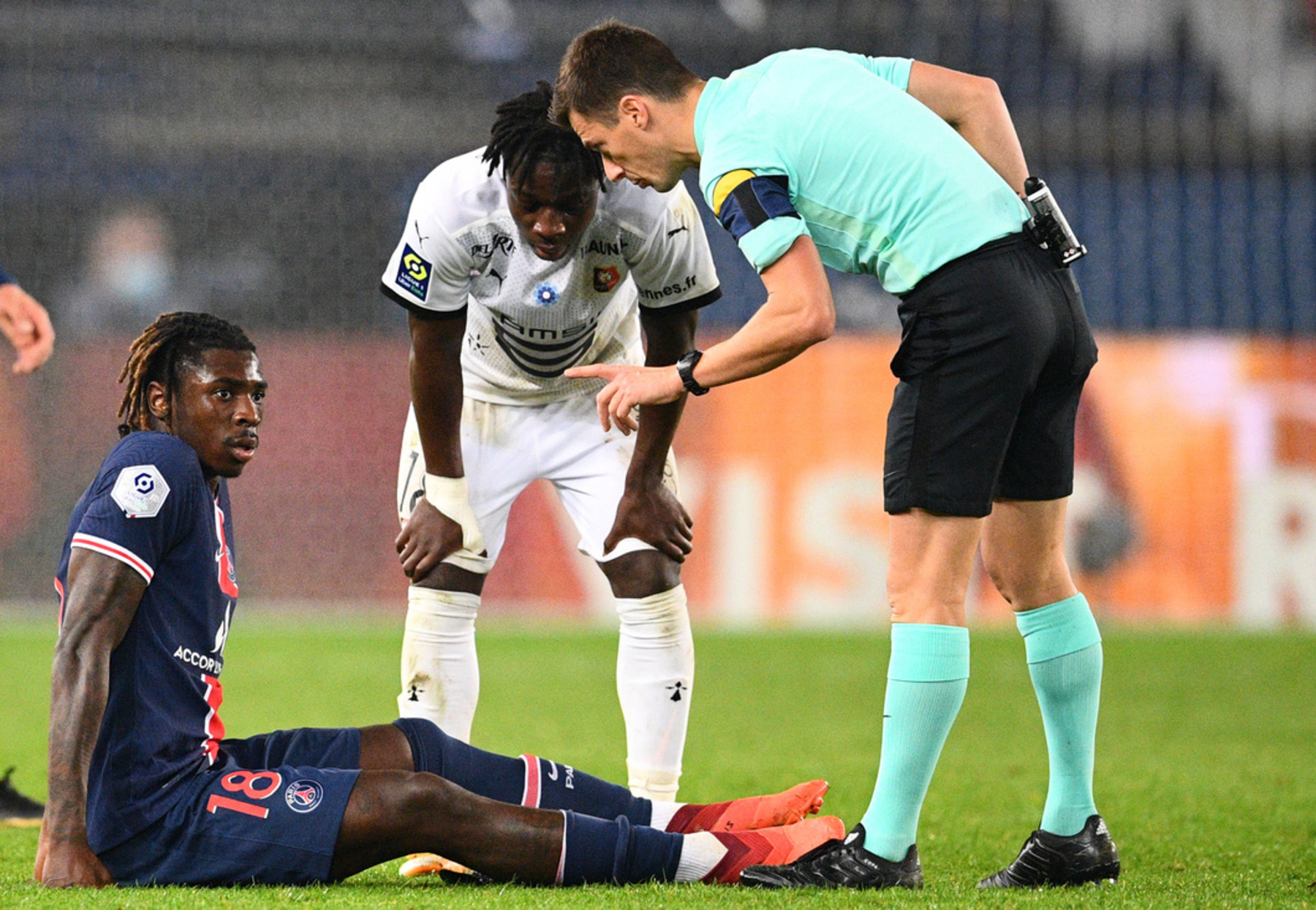 Paris Saint-Germain picked up a much-needed 3-0 Ligue 1 home win against Stade Rennais to keep its first-place standing in the league. But once again, PSG left the game with more questions regarding the injury statuses of a couple of players.

PSG announced injury updates for multiple players, including forward Moise Kean and defender Thilo Kehrer. Kean scored a goal during the first half of PSG’s contest against Rennes but had to leave the game in the second half due to what was initially presumed as a slight injury. PSG states that Kean took on a hit to his right knee during the game and will need a couple of days to rest for treatment. At the moment, Kean is still expected to be available for the Italian national team over the upcoming international break.

On the other hand, Kehrer is dealing with a groin injury. PSG announced that he is expected to undergo treatment for the slight injury. However, L’Equipe is also providing further information on his status by stating that surgery is currently an option on the table for the defender. If both Kehrer and PSG agree that a surgical operation is needed, the defender will go ahead and undergo the procedure.

PSG also provided minor updates to the injury statuses of several other players. For one, Pablo Sarabia missed the team’s recent fixture against Rennes due to a muscle injury. More so, both Kylian Mbappe (hamstring) and Neymar (adductor) will continue to recover from their respective injuries over the upcoming international break. Both forwards will spend the break with their national teams and play in competitive international fixtures once fully cleared to play.