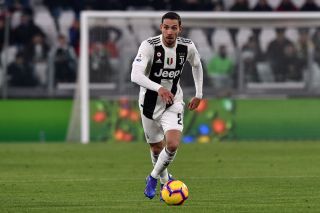 Mattia De Sciglio was facing a dire and grand decision earlier this year regarding his Juventus career. After coming off of a season where he faced multiple muscle injuries that kept him out of in-game action for the majority of the campaign, it seemed inevitable that a departure was on the horizon. One team that showed interest was Paris Saint-Germain but in the end, talks broke down between the two clubs as he ended up joining Ligue 1 side Olympique Lyonnais instead on a season-long loan stint.

De Sciglio is once again reflecting on the transfer talks that PSG and Juventus had for his services as a left-back. He spoke to Olympique Lyonnais TV about PSG’s interest and his early thoughts when he found out that Juventus was not going to send him to PSG.

“I do not know why the transfer failed,” De Sciglio said. “We talked a lot about that, especially in January when I was quite close to Paris Saint-Germain. But at the last moment, there was no agreement between Juventus and Paris Saint-Germain. So the operation broke down.”

De Sciglio’s ability to play both fullback positions would have been of a noticeable service to PSG this season, especially with the recent long-term and significant injuries to both Juan Bernat and Thilo Kehrer. Still, PSG has enough depth out at the two fullback positions to will through ahead.