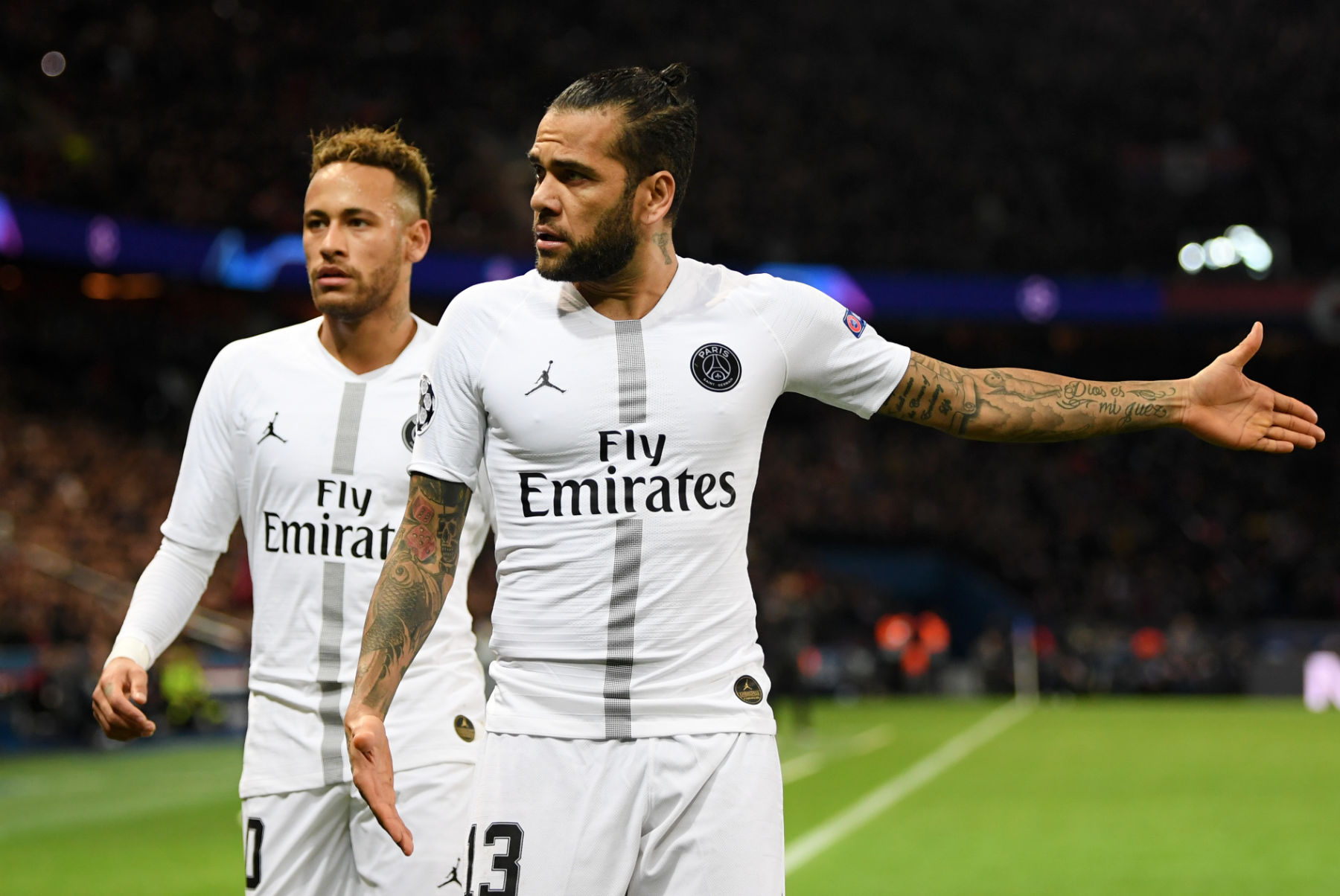 News
‘All the Players Who Leave Barça End up Regretting It’ – Former PSG Right Back Hopes Neymar Returns To Barcelona
By Eduardo - 7 November 2020, 11:31

Dani Alves joined Neymar Jr. on his venture to Paris Saint-Germain in 2017 as the Brazil international was looking to step out the shadow of Lionel Messi.

Alves spent two seasons in the French capital with his Brazilian teammate, but fast forward three years later, the São Paulo player tells his compatriot to return to the Spanish club.

In an interview with RAC1, Alves discussed how he hopes that Neymar returns to the La Liga club because all those who decide to leave aren’t happy with their decision after it’s all said and done.

“In the summer of 2017, everything was done with Manchester City, to come back with Guardiola. But in the end, I chose Paris for the family, who had suffered a lot in Turin. And also because Neymar called me, and he asked me to accompany him to PSG,” Alves said.

“All the players who leave Barça end up regretting it. I don’t know what he thinks about it now, but I would like him to come back. When I heard he was leaving, I told him he wouldn’t be anywhere like there, but he didn’t answer me.”

Perhaps the summer of 2019 was the best shot at Neymar returning to Barça, but now with the Catalan club facing financial issues. Diario Sport reports that €300m must be saved to avoid a crisis, so it doesn’t seem like a real possibility for them to add the 28-year-old because of the transfer fee they’d have to pay along with his wages.