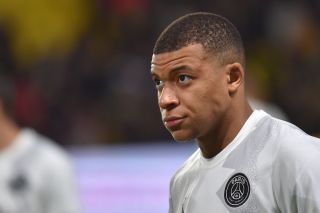 Paris Saint-Germain will soon be in a major dilemma regarding the future of superstar forward Kylian Mbappe. The French forward is already becoming one of the most coveted players in Europe today with several powerhouse clubs already showing rumored interest in signing him if he becomes available. But as L’Equipe reports, PSG sporting director Leonardo met with Mbappe’s representatives last week to clear up more on the Frenchman’s future.

The two sides did not meet to hold serious talks over a possible new contract extension. Instead, Mbappe’s representatives wanted further clarification from PSG’s management on its plans with the team. Before Mbappe would even consider putting pen to paper on a new deal, his representatives wanted information from the board on its current financial standing and future approach to strengthening the team with new signings.

This request from Mbappe’s representatives is not far-fetched at all. If he does plan to sign a new deal with the club, the forward surely wants to continue to play in a Champions League-contending team. This would mean that PSG would have to remain aggressive in the transfer market and aim to keeping a formidable team.

More so, the request from Mbappe’s representatives for this information aligns with his recent reported concern with the club’s lack of activity over the recent summer transfer window.

Mbappe is a competitor, and if he stays with PSG, the forward wants to have his side up continually competing with the top clubs in the continent.