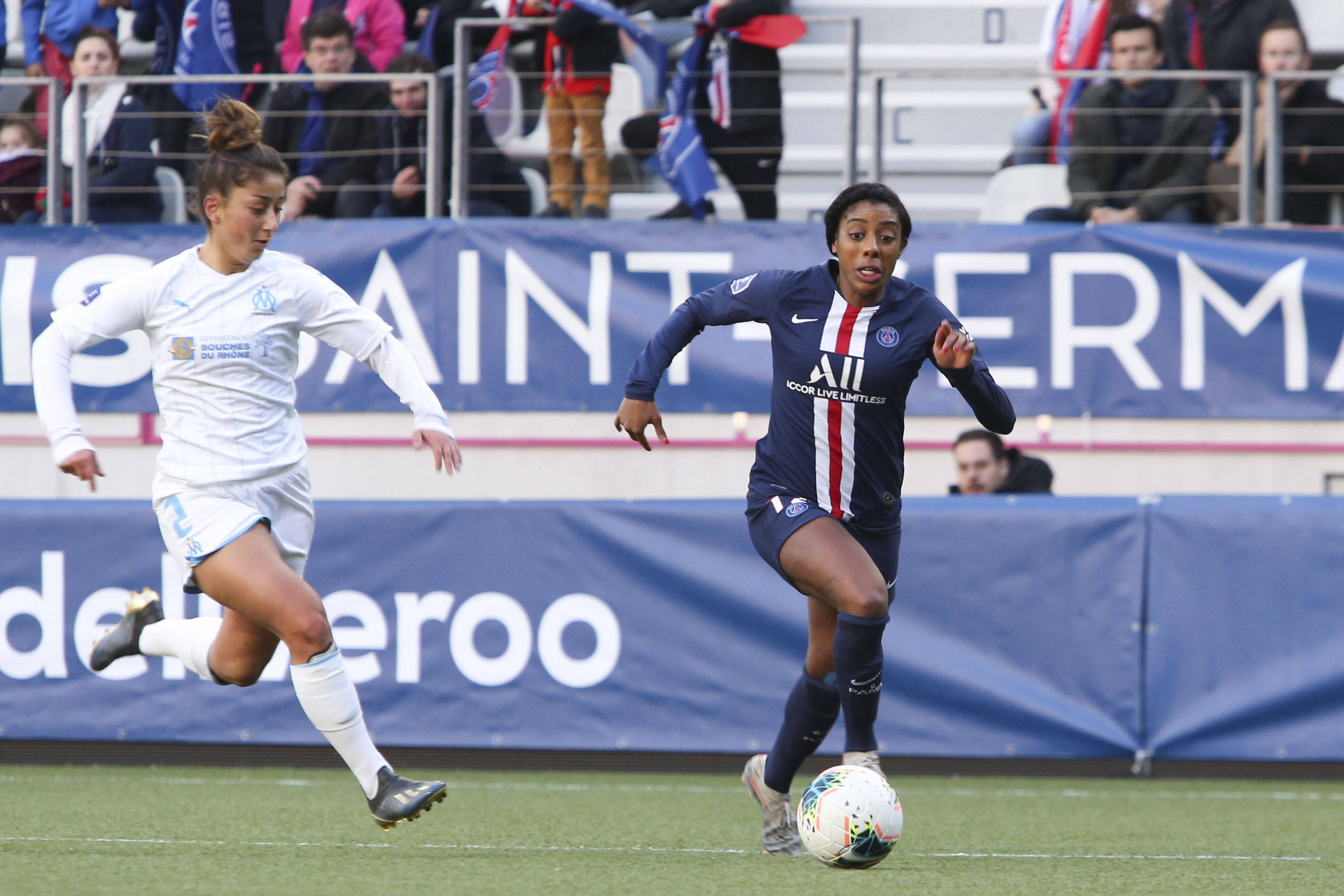 News
Ashley Lawrence on Her Five Years in Paris, Passion for Football, and Her Development Process
By Eduardo - 7 October 2020, 11:45

Ashley Lawrence spoke with PSG TV to discuss her entire process in women’s professional football, especially about her arrival in the French capital five years ago and the aspects that influenced her to join Paris Saint-Germain Féminine.

“Yes, a lot of things went into my decision making. I liked the European spirit, the football culture, quite simply. The way we experience football here, how we play it. And it was an environment in which I wanted to evolve. I think in order to progress I knew I needed a change. You know, flying across the globe, being so far from Canada, has been a huge sacrifice for me. But I knew I needed to take this step to grow taller,” Lawrence said.

“It has always been a dream to do this job, but it was not so common to quit everything. Many players continue to play in North America. We didn’t talk a lot about going to a big European club, but I think over the years, women’s football continues to develop here and it’s amazing. To take the example of my Canadian teammate, Jordyn Huitema, she didn’t go to college but went straight to the professional level. So I think she’s the perfect example of the fact that there are now more options for women who want to become footballers. And I think it’s great to see this evolve over the years.”

The capital club website asked Lawrence where she developed her passion for football.

“I have always loved football. But the passion, it comes from my older brother, who was already playing when he was little. It started when I was a baby, just watching him kick the ball. And then naturally, I got into it too. I think I started very young. I kept playing, and the joy I had when I was on the field was something incredible that I never wanted to lose,” Lawrence said.

“And I think even today, with each training, I haven’t lost that feeling. It’s more than a job, it’s a real passion. I realize that a lot of people aren’t as lucky as I am, and that’s why I’m so grateful to be able to go out there every day to do what I love and that in addition, it contributes to my professional career. All this I owe to my family and to my big brother. He jostled me, he helped me draw a lot of strength.”

The Canadian international then talked about the support the women’s squad receives from the Collectif Ultras Paris and her perception of the supporters.

“I think they really make a huge difference to us. In big matches, they give us that energy that can really change a game. In the field, we put a lot of effort and we spend a lot of energy. We take strength from our teammates on the sidelines, from the staff who encourage us. But I think the ultras gives us another advantage. And we really felt it when we couldn’t get supporters,” Lawrence said.

“We really saw the difference. And I think that over the years they are more and more numerous and passionate. We are really happy and lucky to have them for support with us. Our women’s section is newer, and it’s something fantastic that they can watch us grow over the years. I think it really helped create a strong bond with them. We will continue to develop, but with such a strong base, I have no doubts.”

Despite only being 25-years-old, Lawrence discussed being one of the oldest players on the squad, which for her is a surreal feeling because it’s not often someone in their mid-20’s is one of the veterans on a team.

“Um, well, that’s pretty surreal. When I think back to the first time I arrived at Paris Saint-Germain, I thought to myself that it was an honor to play for a great club like this. My goal has always been to play in Europe. I remember it like it was yesterday when I signed as one of the youngest in the team,” Lawrence said.

“When I see over the years how I have evolved as a player, as a leader on and off the pitch, it’s quite surreal. Originally I had only signed for two years and then I absolutely loved everything about my experience here. It’s a club that has a lot of goals. And me, I want to win titles! I want to grow as a footballer. So extending my contract was a big decision but above all an obvious one. I want to continue.”

Lawrence also talked about how she has lived the development process to reach her fifth season with the PSG Féminine team. Although her primary position is to be a left-back, she made it know that she’s comfortable occupying other positions, which has allowed him to improve his tactic in every match.

“I think I am more versatile. I’m used to playing in different positions, and originally, when I signed with Paris, I was left-back. And for the past two years, I’ve played left-winger. And this season I’m back as aside. So I think I learned to really grow in different positions. And that’s fine with me because I’ve always strived to surpass myself. I am someone who likes to step out of their comfort zone,” Lawrence said.

“I am very, very hard on myself and sometimes too hard. But I think it takes to lead by example and to take others with me. Being constantly very demanding has helped me a lot to play with a lot of my teammates for many years now. And I think that’s pretty cool because, you know, it doesn’t isn’t that common to evolve with such a strong band for so long. Sometimes some leave, some stay. But I think with part of this group, we started out as a very young team, and we’ve grown a lot together. And I find that great.”