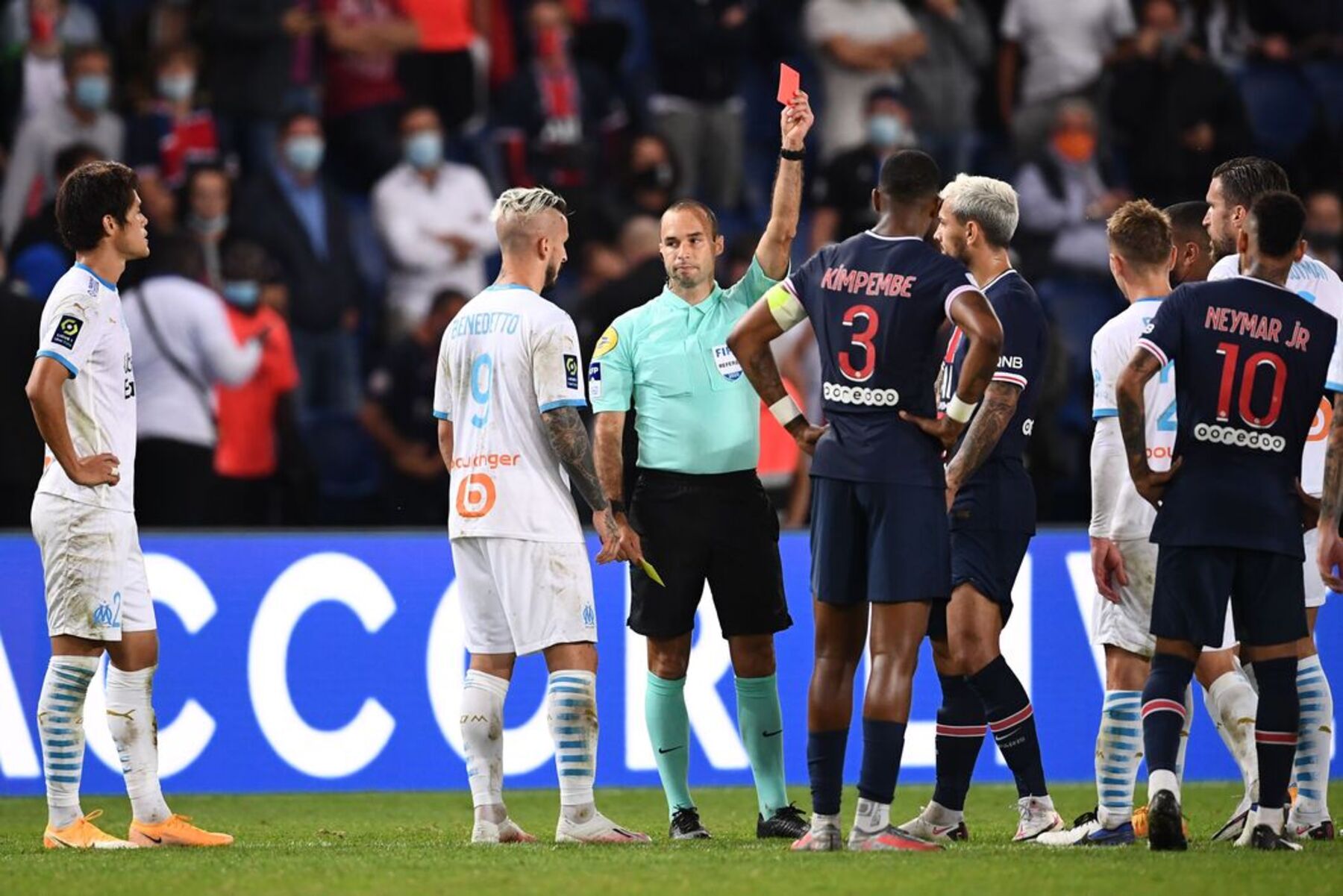 The contest was one that will not be forgotten anytime soon. Paris Saint-Germain and Marseille renewed their rivalry in this one as the contest was filled with drama throughout. A combined five players were sent off during the contest and at one point late in the game, it seemed as if the referee had lost all control of the fixture.

Leonardo was not satisfied with how Brisard reffed the fixture. In his post-game comments (via L’Equipe), Leonardo explained why Jerome was not the right ref to officiate this type of tense-filled fixture.

“When there are 14 yellow cards and 5 red cards, that means the match was out of control,” Leonardo said. “This is the first thing to say. Afterwards, I will not defend indefensible behavior. We have a referee who refereed a Coupe de la Ligue final but he does not have the experience for this kind of matches. He is still on his way.”

Leonardo also hit on the late-game controversy that overshadowed the contest. The two teams clashed in the final minutes of the game while Neymar confronted Marseille player Alvaro Gonzalez over racist comments that were directed to the Brazilian. Leonardo did not have much to add on the incident but once again criticized the referee for how he handled the situation.

“There are images, we’ll see what happened,” Leonardo said. “Neymar told me: television is used to judge. We have 5 reds, there are disciplinary problems, we don’t know what will happen.

“The referee lost the thread of the match, the peace. It’s not to criticize the French Championship but I think that for a match like that, when you have two referees in the top flight, one of the two has to be there.

“The fight is very serious. We will manage with our players internally. Everything will have to be judged to take a coherent position, but the situation is serious.”

It will be interesting to see if an investigation will be opened on Gonzalez’s apparent comments. Any potential discipline for Gonzalez would likely result in a lengthy suspension.