Alessandro Florenzi missed the match against FC Metz due to a registration issue. As a result, it was a rare start for Colin Dagba, who was in the starting eleven at right-back for Paris Saint-Germain.

The 22-year-old played all 90 minutes and showed that he could be a serviceable backup to Florenzi. Dagba had 96 touches against Metz and completed 57 of 62 passes for a 92-percent completion percentage while producing one key pass.

On the defensive side, Dagba did struggle a bit with his defensive duels on the ground as he won five of 10 and losing his lone duel in the air. These aren’t terrible numbers, but it is something that Dagba can surely improve, mainly if he receives regular minutes as the backup to Florenzi.

After the match, Dagba spoke with Téléfoot (via Canal Supporters) to discuss PSG’s 1-0 win over Metz and try to get past their slow start to the 2020-21 Ligue 1 season.

“Yes, it’s a relief after two failures in the first two days, we had to win today. We missed a lot in the first half and this goal delivers us,” Dagba said. “Now it was complicated but you had to put in a lot more effort, it was important and you had to finish the job. We drew a lot of energy. We managed to stay strong. We are rewarded for our work.”

Colin Dagba on How Thomas Tuchel Wants Him To Play and the PSG Teammate That’s Impacted Him the Most
19 October 2020, 12:00 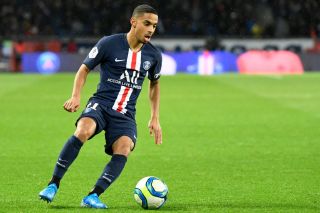 Video: Colin Dagba Opens About Wanting To Remain at PSG and Turning Down Interest From Bayern Munich
11 October 2020, 12:27
Follow Us