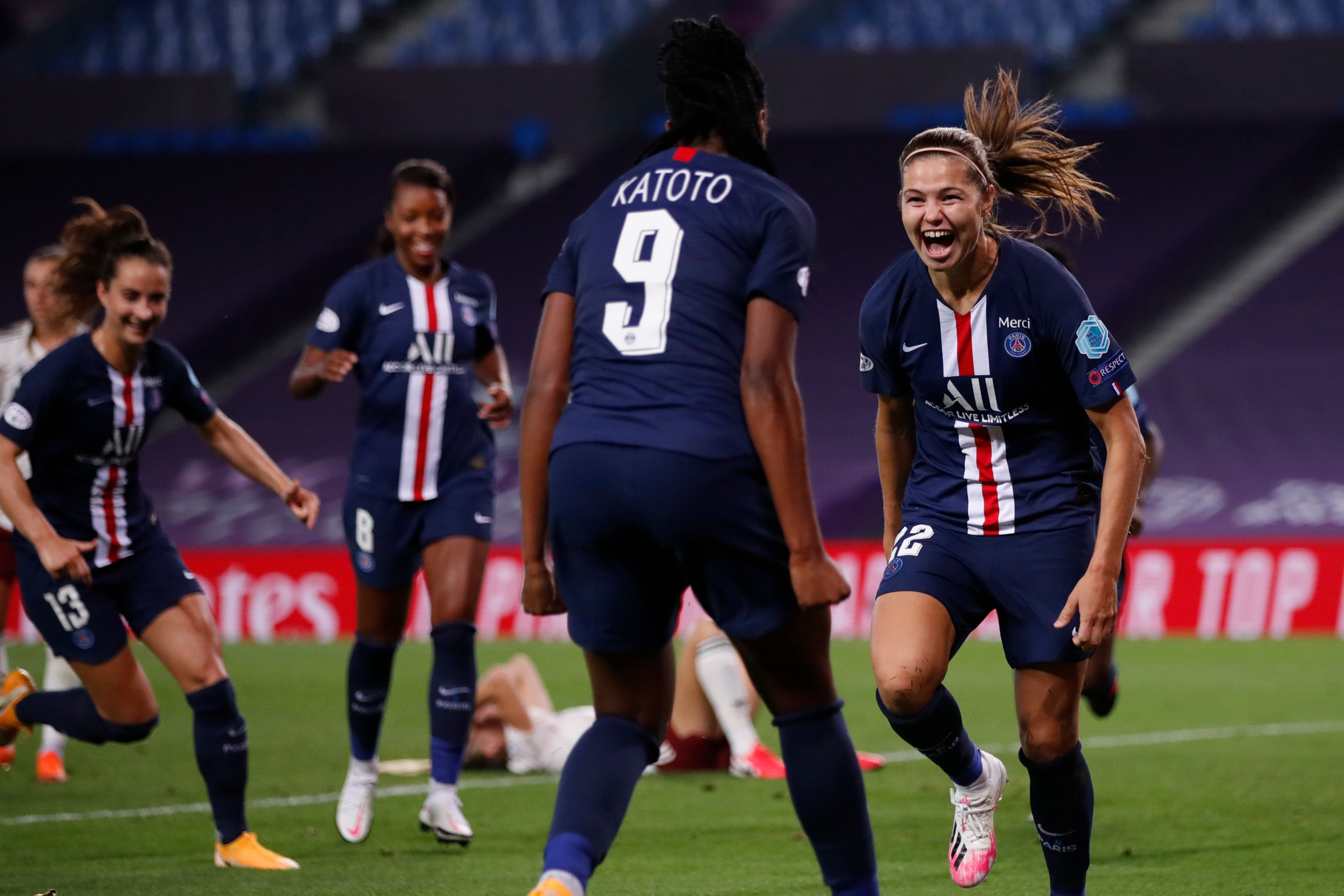 Paris Saint-Germain Féminine began their restart to their UEFA Women’s Champions League with a 2-1 win over Arsenal WFC.

Les Parisiennes opened up the scoring with a goal from Marie-Antoinette Katoto off a volley from a corner-kick set piece. The Gunners would tie the match towards the end of the first half.

At the 74th minute mark, Denmark international forward Signe Bruun came into the match, and three minutes later, she would score the eventual game-winner.

The 22-year-old took to the microphone to speak with the UEFA website about the emotions of her goal.

“I don’t know. I’ve worked hard. I wanted to come back and make a difference. That’s been my goal since I got injured,” Bruun said. “And that’s what I’m working hard for, so of course I’m happy and relieved. I’m here now and able to help the team.”

Brunn’s goal catapulted the capital club into the semi-finals where they’ll meet their rival, Olympique Lyonnais.