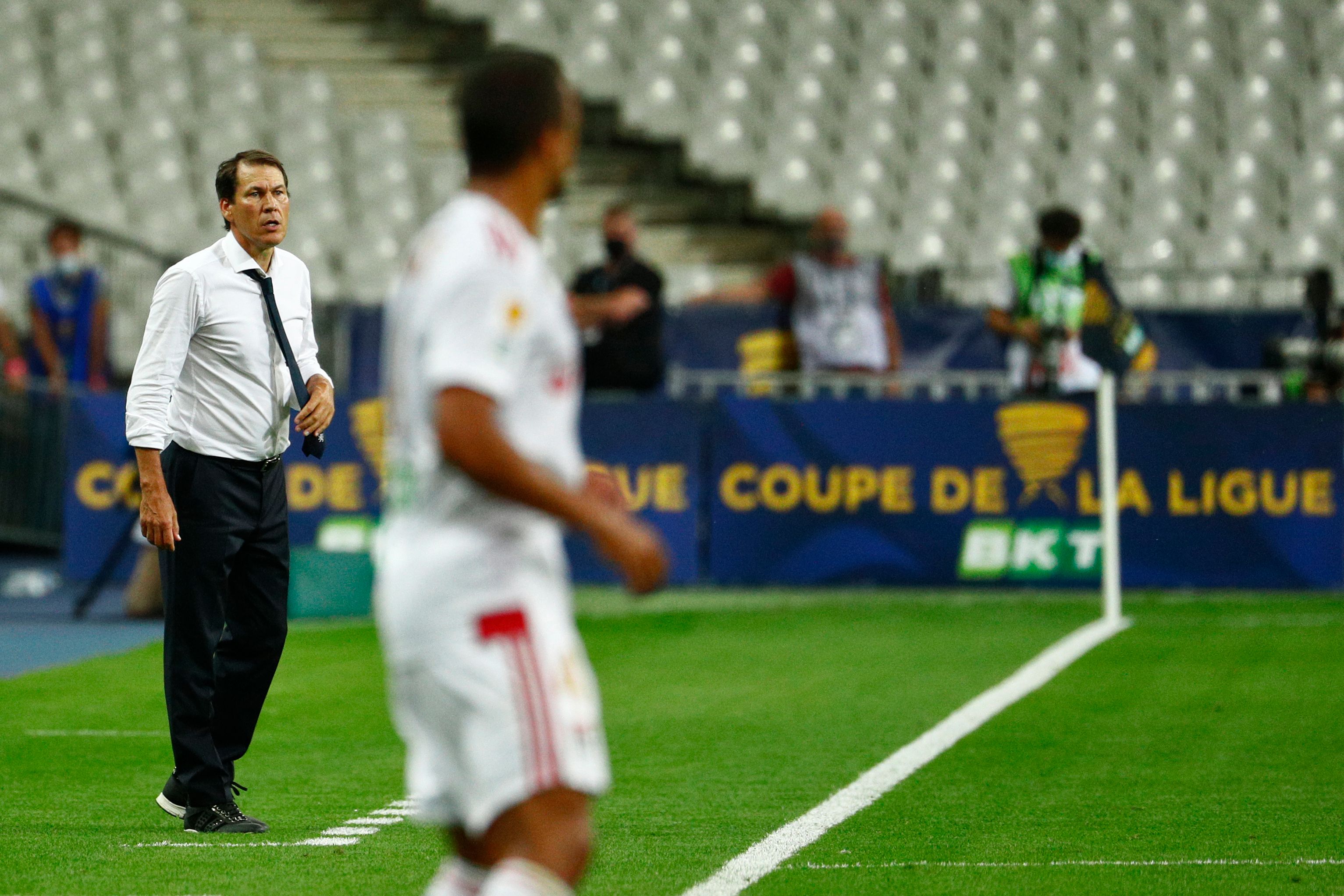 Despite a valiant effort from Olympique Lyonnais, they fell short to Paris Saint-Germain after the capital claimed victory in the Coupe de la Ligue final. Lyon manager Rudi Garcia took to the microphone to speak postgame, where beIN Sports relayed his comments.

Although they came out on the losing end, Garcia did have some positive words for his squad as they were neck and neck with PSG until the penalty-kick shootouts. The 56-year-old admitted that the capital club was better than them, especially after the Keylor Navas save on Bertrand Traoré.

“We could have been fairer on a few transitions and posed more problems in terms of scoring opportunities. But hey, the penalty shootout is a technical exercise and they were better than us, and then Navas once went on the safe side,” Garcia said. “In terms of teaching, this should give confidence to the players. We have shown that we are capable of competing with one of the best teams in Europe if not the best.”

Rudi García's side lost the final against PSG, but his side showed great football