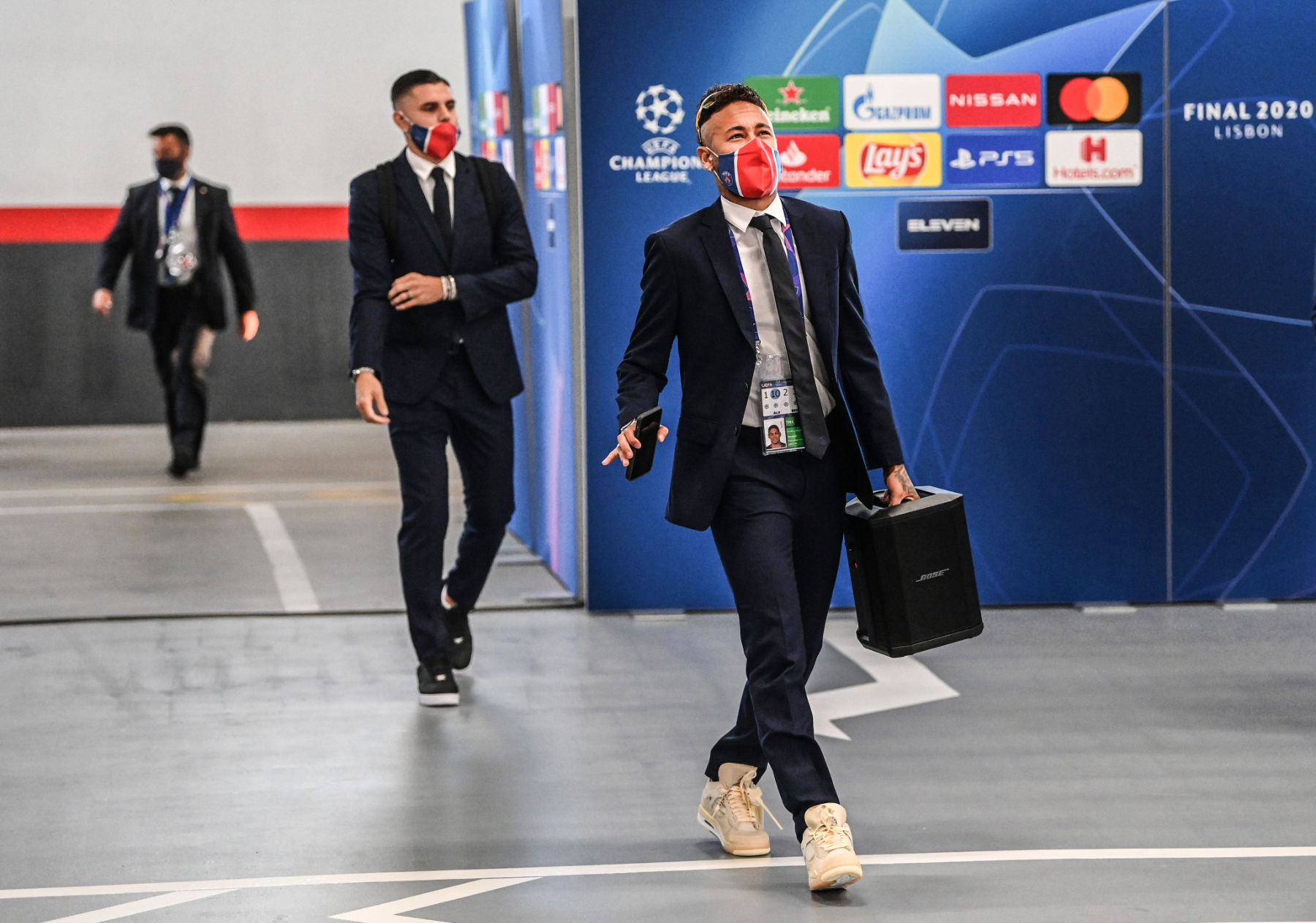 Video
Video: Neymar Strolls Into the Champions League Final With His Own Speaker
By Ed - 23 August 2020, 19:23

The PSG superstar arrived at the Estádio da Luz carrying a large speaker and showcased some of his dance moves on his way into the dressing room.

Only Neymar would show up to the Champions League final with a speaker like this 😎 pic.twitter.com/smxQYvQr0A

No nerves from Neymar!

For those who have been watching PSG in the Champions League this season, Neymar carrying a speaker isn’t new. Against Borussia Dortmund in the Round of 16, we saw the Brazil international with a much smaller speaker dancing in front of the Dortmund squad.

So far, the calm demeanor has worked for Neymar but against Bayern, he faces the toughest challenge of this Champions League campaign. He’s missed a few of his goal-scoring opportunities during the last two matches and can ill-afford to continue that against the Germans. Hopefully, the next time we see Neymar dancing its on the pitch with a large silver trophy.