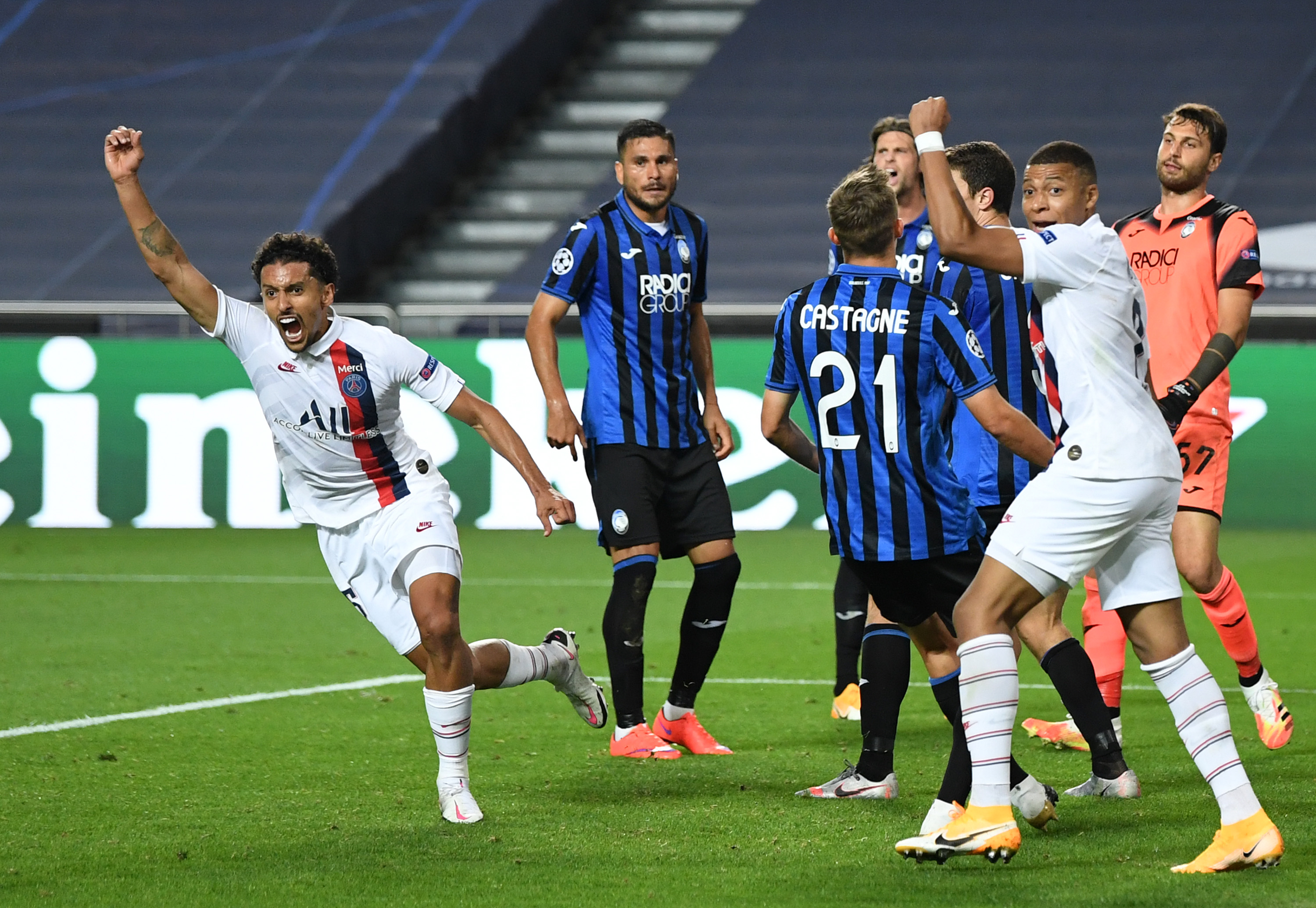 News
Marquinhos on the Squad’s Mentality Down 1-0 and Scoring the Game-Tying Goal Against Atalanta
By Eduardo - 17 August 2020, 10:50

Marquinhos sat down with Paris Saint-Germain’s Le Mag to discuss his emotions after the capital club scored two late goals in their UEFA Champions League quarter-final win over Atalanta BC.

One of the first questions that the 26-year-old answered was over their approach to the Italian club. Despite the match being played closed doors and without their families attending, Marquinhos felt the squad was ready.

“I felt ready. Ready and very motivated. Enthusiastic too. I was very happy to play in the quarter-finals of the Champions League even in this context, without supporters, and without our families being there to watch us,” Marquinhos said. “It’s a dream to play matches at this level, that’s why I treasure this moment. I appreciate it as much as possible. I try to do my best when I play.”

The next question was over the moral of the squad after being down 1-0 to Atalanta. Although they’ve experienced heartbreak in the past, they know that anything can happen until the referee blows the final whistle.

“We know these moments in our profession, in our team. We know that in football things happen very quickly, things can change very quickly, as we have shown. And that can change in our favor or against us. It has already happened, we returned home sad and in tears. And now, we have managed to tip the scenario in our favor. We’re experienced enough to know it’s not over until the referee blows the final whistle. We have to go. We have to believe it,” Marquinhos said.

“Our strategy was well planned. We were aware of the strengths of Atalanta and the things that we could harness that would work for us. We were able to create chances and pose a threat to a very aggressive and strong team. We just had to keep going and try to score, that’s what was missing. We had chances, but we couldn’t score the goal. That’s what we were able to do in the last minutes of the match.”

After being down 1-0 for the majority of the match, Marquinhos scored the equalizer. The Brazil international spoke about his mindset after he saw the ball find the back of the net.

“It was a wave of feelings and emotions. As soon as I scored, I turned around and looked at my teammates on the bench and in the stands. I have in mind this image of them jumping and celebrating, not knowing how to celebrate, running, jumping, hugging,” Marquinhos said. “It was really good. And for me, personally, it was one of the strongest emotions I have experienced here at Paris Saint-Germain.”

Next up for PSG is RB Leipzig, so Marquinhos touched on he expects from the semi-final opponent.

” Yes, it’s true. They are a young and fearless team, as they have already shown in this Champions League season. They played very well. In this previous match against Atletico Madrid, they totally dominated the match. They had great scoring chances. They played with great intensity, had possession, and attacked without fear. So we know we will have to do our best,” Marqunhos said.

Nowadays, relying on prestige gets you nowhere. We have seen that playing as a team, having a strategy, and playing with strength make a huge difference on the pitch. So we just have to do our best and play at our highest level. We have talented players, but we have to unite and help each other out on the pitch, give everything we have, devoting all of our effort and all of our heart to what we love, football, and fighting to win. “

Finally, the 26-year-old talked about what he expected heading into the late stages of the competition, where he states that it feels like an international tournament.

“This competition is different. Given the circumstances in the world, in our lives. After the break because of the confinement, winning would be even better. As these are knockout matches, we feel a lot of excitement for all the games,” Marquinhos said.

“It has become a kind of World Cup. That’s why there was so much emotion and excitement after qualifying for the semi-finals. Of course, we aim to win this trophy because we are ambitious. We have this dream, but we are aware that the road is long and difficult. We will have to keep going and fight to win it.”