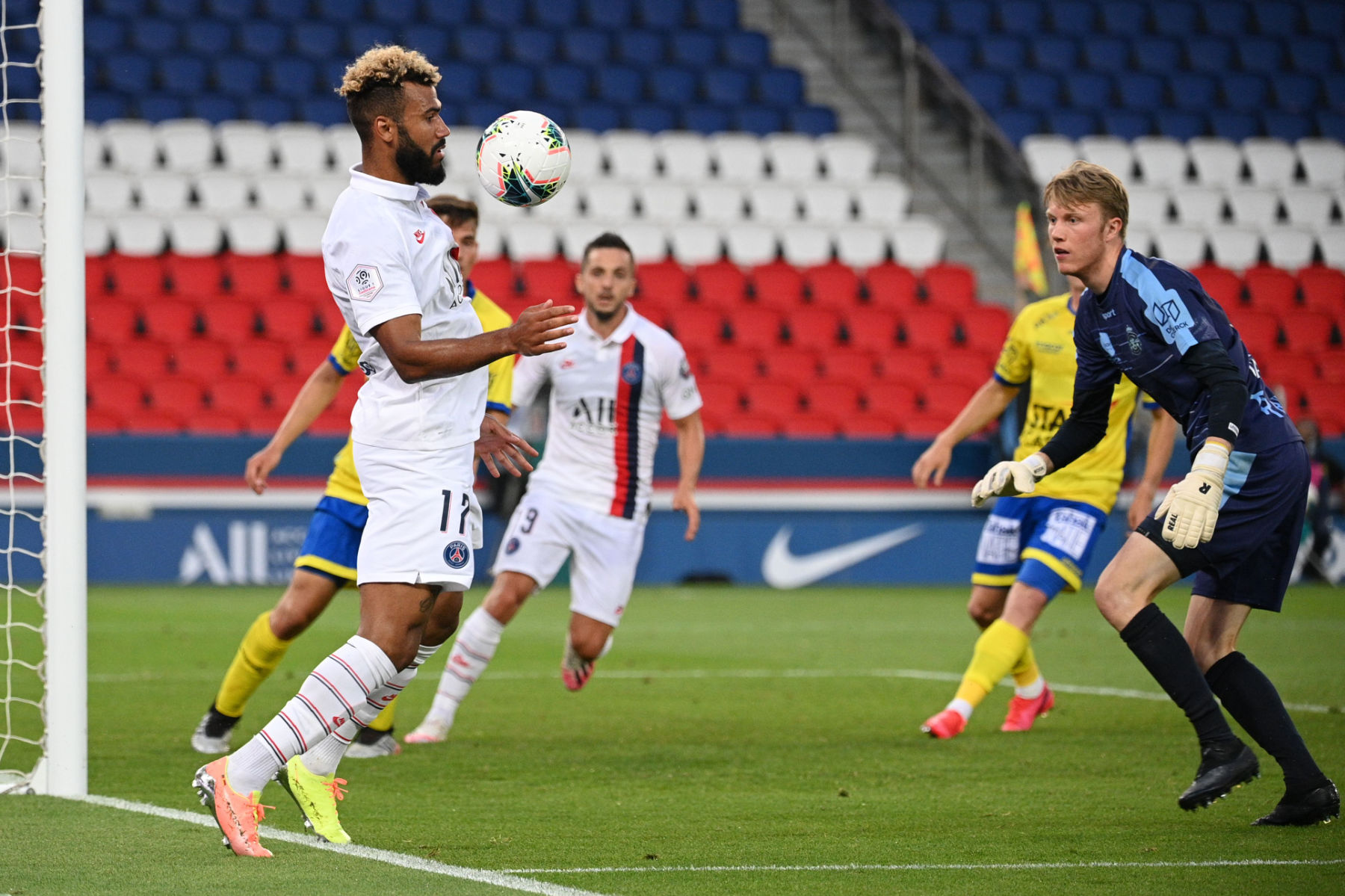 Match Recap
‘We Were Serious From the First Minute’ – Choupo-Moting on PSG’s Mentality During Friendly
By Eduardo - 18 July 2020, 15:49

In preparations for the two domestic cup finals and UEFA Champions League quarter-finals matchup, Paris Saint-Germain welcomed Waasland-Beveren to the Parc des Princes on Friday for a friendly.

After scoring two goals in PSG’s commanding 7-0 win, Eric Maxim Choupo-Moting took to the microphone to speak with beIN Sports (via Canal Plus).

One of the first things the 31-year-old spoke about was being back at the Parc in front of some of the supporters. The last time the capital club played in Paris was March 11, when PSG defeated Borussia Dortmund in the Round of 16 of the Champions League.

A lot has changed in those short months, but PSG returning brings some normalcy. Furthermore, Choupo-Moting mentioned the atmosphere. Much like last week in Le Havre, there were a limited number of spectators at the Parc for PSG’s win.

“It was nice to find the Parc with more supporters. We haven’t played here for a long time. It was a pleasure. In addition, I scored two goals. We showed a good performance this evening. The most important thing is that we found a little rhythm,” Choupo-Moting said. “We took both games seriously. Even if we won the first game 9-0, it was not easy. We played very well today too. We were serious from the first minute.”

The last question thrown at the PSG striker was about Atalanta, the club’s next opponent in the Champions League. A few more weeks before the matchup, the media in France is inching to know what the squad thinks of their opponent.

“Everyone saw that they won. I don’t know how many games in a row. They have a good team, they are not in the quarter-finals by chance,” Choupo-Moting said. “It’s going to be a tough match, but we are focused on ourselves.”