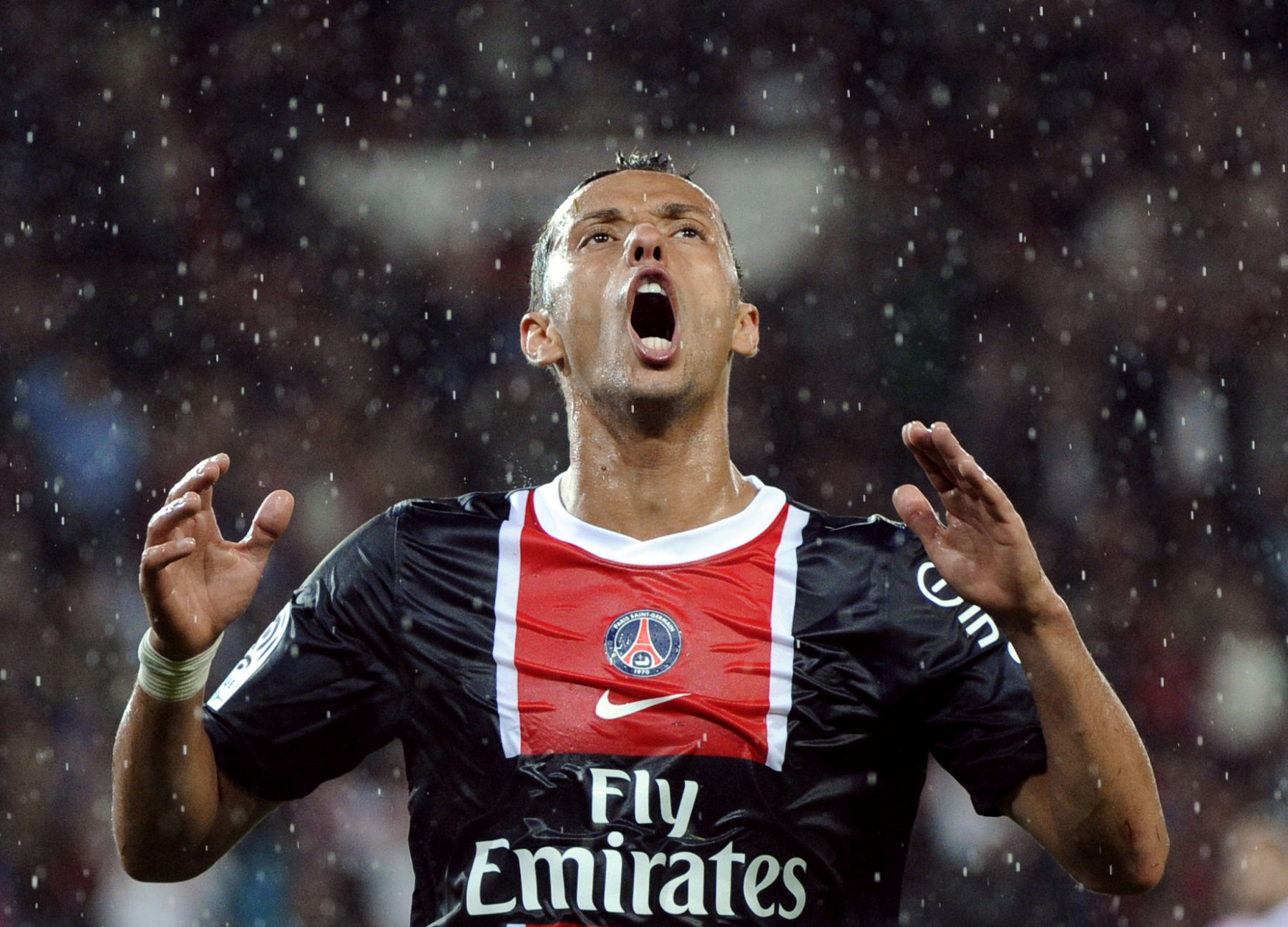 Over the last few months, Nenê has made several media appearances and recently, the former Paris Saint-Germain midfielder was interviewed by Ambre Godillon and Robbie Thomson for PSG TV.

The 38-year-old discussed a plethora of topics, which included his time with PSG (2010-2013), the bond he has with Les Parisiens, and his opinion on current PSG superstar Neymar Jr.

One question that made for an interesting response was about the Qatar Sports Investment takeover in 2011. Nenê played before and after the QSI take over, which led to an influx of financial resources and PSG’s growth as one of the top clubs in the world.

How was it that move (in 2010) and starting immediately at PSG?

“It was a very special moment. I came out of a very good season in Monaco. I already spoke the language, I already knew the French championship, which is different from Spain. It was much more physical, more than today. I felt a special feeling towards the Brazilians as soon as I arrived. The supporters already loved me. It’s like I have been there for a long time. It was really easy.”

“There was a little pressure, but it’s something I like. I like challenges. It’s been a long time since PSG had not played in Europe, did not play the title. From the first year, it was incredible. I was good with everyone, they helped me feel at home.”

How did you experience the transition to the QSI project, which brought PSG to the big clubs?

“For me, Paris was always a big club. There were no structures today, but the club was good. All the staff, the facilities, and the players, there were already very good players, a great team. We were comfortable. We had a good atmosphere. Coach Kombouaré was very human. He is an incredible person, I love him. We didn’t have the group to play everything, as PSG has today with lots of players at the very highest level. We didn’t have all these players to play all the titles.”

“But I lived the transition quietly. It was just a year later, there was already a change. QSI said right away where it wanted to get to. It was an important thing. There are not many people who have experienced “the old” Paris and the “new”. I’m glad I did it.”

A disappointment not to have a title on the first season?

“Yes, because we had the team for that in the Coupe de France and in Ligue 1. It was all the more frustrating for me that last season I had lost to PSG with Monaco. I was like “but why?! (Laughs).”

“The second season was better, we lost the title very little. I think the group was not large enough to fight throughout the year. There are a lot of competitions, the last few weeks can be difficult.”

The arrival of the stars in attack and the competition?

“It was pretty easy at first. I speak Spanish, so I was comfortable with [Javier] Pastore and [Ezequiel] Lavezzi. For [Jérémy] Ménez and [Guillaume] Hoarau, he is an incredible person who sets the mood, it was very simple. After that, there were very great players, the top level in the world, you know that this will help the team to reach a level. It was a great experience. Zlatan at the beginning was a bit like “let’s see what’s going on here” (laughs). It’s his way of being, he makes jokes in his own way. Afterward, it was quiet. It gave us experience and it increased our level.”

You finished the top scorer tied with Olivier Giroud in Ligue 1 in the 2011-2012 season.

“It is not good in France, the other countries give a trophy to each and here not when it is the same number of goals (laughs). It was my best season I think. It was fantastic, I will not forget. I did great performances.”

Your departure during the winter was difficult for the supporters.

“For me too. It’s not always easy, football is how things can go fast. You have to see what the club management, the coach, the player, the family want… Sometimes, I tell myself that I could have stayed and that it could have been magnificent. But there are choices, at times you have to decide quickly.”

Are you still in touch with former teammates?

“Yes, with Maxwell, Thiago [Motta], [Marco] Verratti, the staff, the president. I never let go of the team. I am still a supporter of PSG. I love spending wonderful moments there.”

Was your goodbye moving?

“The love with the supporters was mutual. It was like a wedding (laughs). There was a real feeling. I felt happy playing there, treating the fans, and helping the teammates. As I arrived before the new management, people were sure that I was playing here out of love. I have felt this love of supporters since my first match. It’s not just the goals and the assists, it’s my way of being, of being open. I wanted to give back the love I received.”

Thoughts on the end of the season?

“It’s very frustrating, it cut the momentum of PSG. It is not only the results but also the life of the group. After the win over Dortmund, I know they were very focused on winning this competition. She is missing in Paris. It’s not just the supporters who want it. The team has the experience to win because it is not easy. You have to play against the best teams in the world. But I think this year Paris was playing excellent football and I hope that PSG can win. I trust.”

Proud to see Neymar at PSG with your number, in your footsteps?

“Of course, very proud even. We have been friends for a long time. When he was young, he saw me play Santos when I was there. I didn’t know it when we spoke together for the first time. I’m always there for him, to explain things to him if he needs them. I love this person, he has an incredible heart. He sees life a little like me, compared to the family. We did charity matches together. We’re going on vacation together. I am proud that he wears this jersey in this club that I love. That’s why I told him he has to win the Champions League.”

What was your favorite goal at PSG?

“I would say 2 goals against Monaco, with the snow at the Parc des Princes. They said the Brazilians couldn’t play in the snow and that’s it (laughs).”

“It’s difficult, there have been many beautiful moments. I would say, my first goal. It is something very striking.”

The player who impressed you the most?

“I would say Verratti, Ibrahimovic too and Thiago Silva. These are the 3.”

A place in the organization chart in Paris one day?

“Maybe, we will see. This is something I have in mind. If the club is happy, I would not have the slightest doubt to return.”

Do you plan to play for a long time?

“I’ll be 39 this year, but I have the body of a 28-year-old player (laughs). Many ask me this question because few players can continue at a high level. But I still think 2 years … maybe 3 years.”

“I changed my mind a bit recently. I didn’t want to be a coach and I think I could do it. It could be a possibility. I like football. It’s an idea (laughs).”

A message for the supporters?

“I want to thank them for all the love they give me. It was wonderful to be with you.” 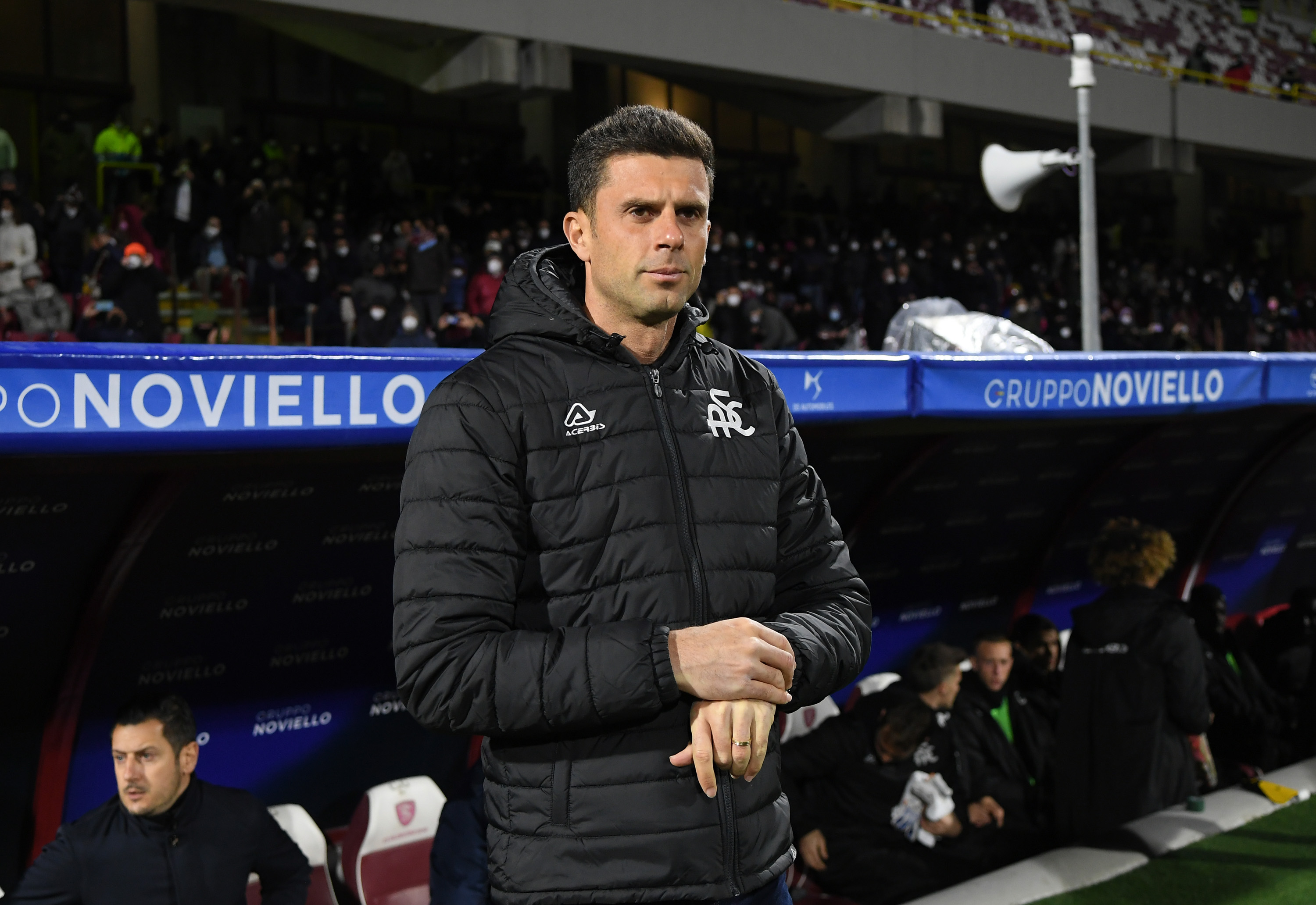 Report: PSG Coaching Target Departing Serie A Club in Search of a New Challenge
3 May 2022, 0:30