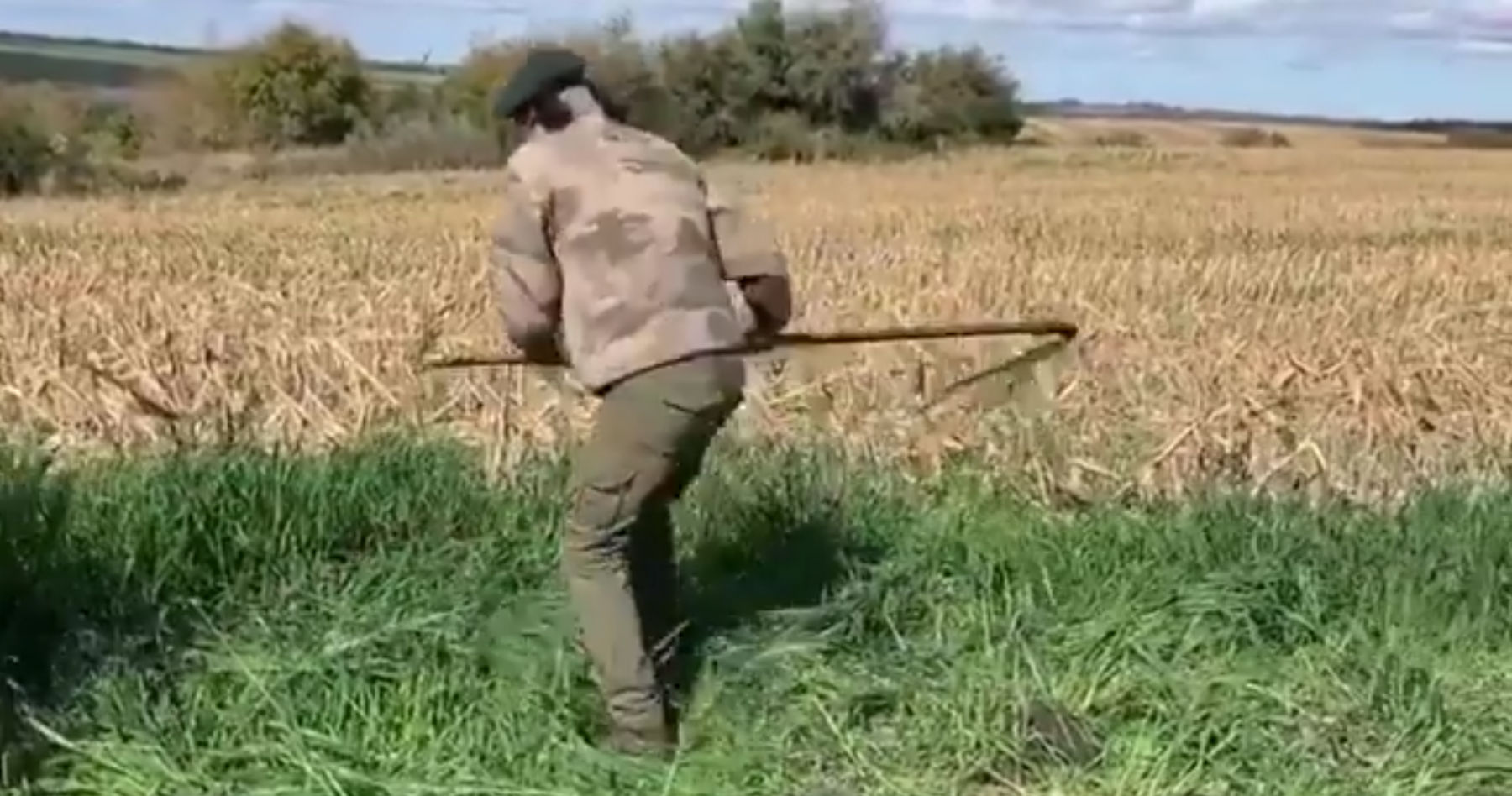 Edinson Cavani is one of several Paris Saint-Germain players who returned to their home country to quarantine during the coronavirus pandemic.

Over the past few months, Cavani has posted photos and videos on social media to give fans a glimpse of what life is like with his family on his rural property in Uruguay.

We’ve seen Cavani with his horse, feeding a cow, and watching the sunset. On Thursday, PSG’s all-time leading scorer took the “Farmers League” joke about Ligue 1 a little too seriously with a video showing him using a large scythe-type tool to chop grass with a caption that reads, “Working ‘oblique abs.’

The scene gives off a Rocky IV vibe. Remember when Rocky was preparing to fight Ivan Drago in Russia? Rocky was forced to train in the Russian cold using rudimentary tools while his opponent had state of the art facilities (and steroids).

We all know how that fight turned out (spoiler alert: Rocky wins) so Cavani’s new training regimen could bode well for PSG as they prepare for the UEFA Champions League to resume in August.

Cavani is out of contract come June 30, but a recent report from L’Equipe indicated that he is willing to extend temporarily to remain in the squad to wrap up the 2019-20 season.