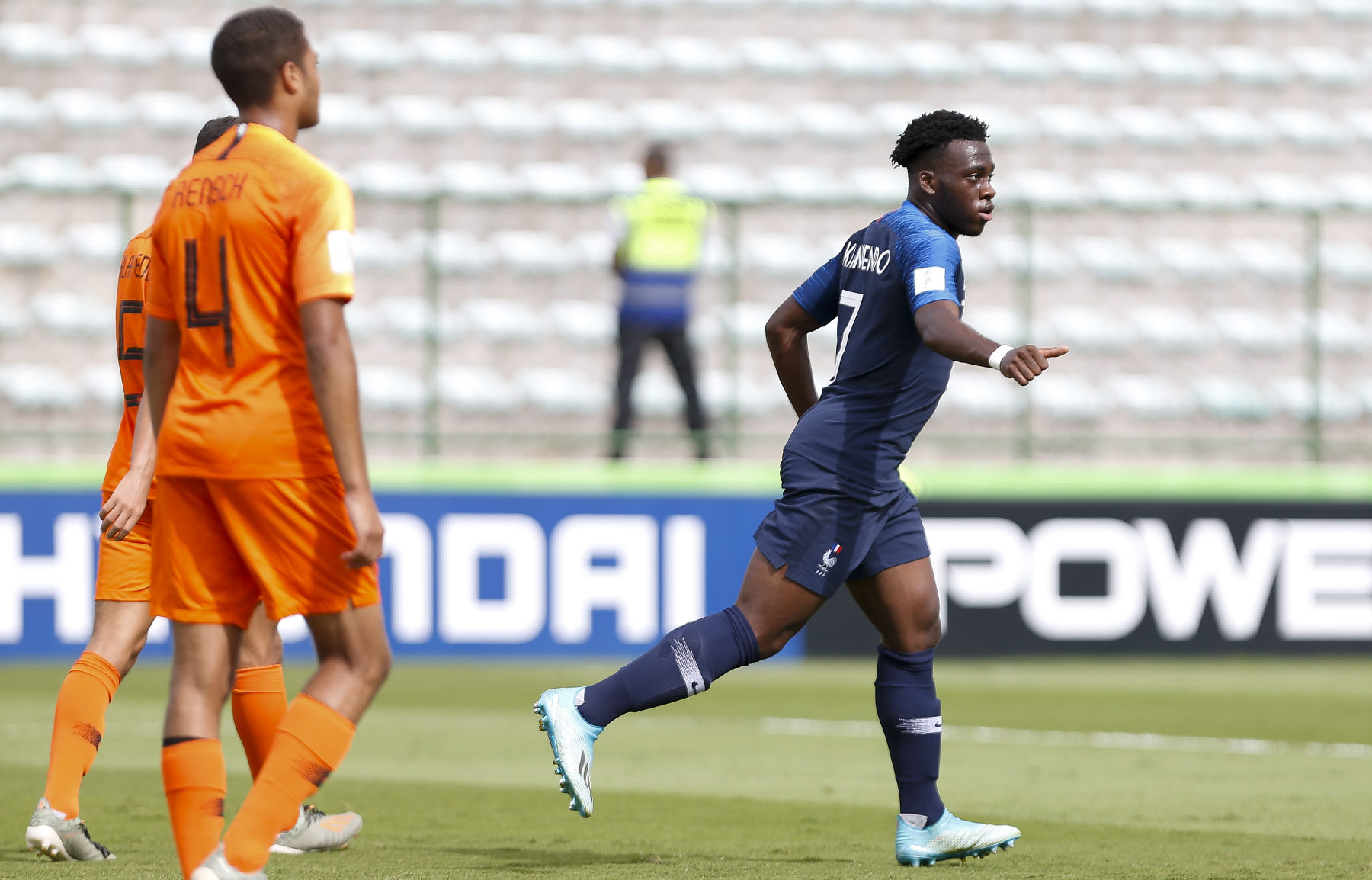 Earlier this month, we learned that Adil Aouchiche and Tanguy Kouassi both decided to run down their contracts with Paris Saint-Germain and ultimately leave the French capital.

While many PSG supporters are disappointed about those two talented youngsters leaving, there’s still reason to be optimistic. The academy is stockpiled with talent and here are five players fans should keep their eye on the next couple of seasons.

Kalimuendo is a striker from the suburbs of Paris and he signed his first professional contract with PSG in July of 2019, which will keep him at the club until 2022. He’s been seriously impressive in the UEFA Youth League with 9 goals from 10 appearances. These standout performances have rewarded Kalimuendo with a call-up to the first team. With Edinson Cavani not continuing on with the club throughout the rest of the season, Kalimuendo may feature in some of the friendly matches and potentially the two domestic cup finals as a substitute.

Pembélé is a versatile defender who’s made appearances at left-back, right-back, and center-back. He hasn’t signed a professional contract yet and his current deal expires in 2021, however, if he impresses in the upcoming season, Leonardo, PSG’s sporting director, will be inclined to offer him a deal. Like Kalimuendo, Pembélé has also been training with the first team this week and could feature on the bench with Thomas Meunier having already left for Borussia Dortmund.

Xavi Simons was brought in from FC Barcelona last summer on a free transfer. He’s one of the best La Masia products in recent history and many Barca fans dubbed him as the “next Messi.” During quarantine, he’s been training hard and looks to have put on a lot of muscle, which is important for a midfielder in the very physical Ligue 1. His personal trainer recently said that Simons wants to make his Ligue 1 debut next season and he’s definitely heading in the right direction with his training.

Another player PSG stole from Barcelona is Ruiz-Atil who joined PSG back in the summer of 2015. He’s a similar player to Aouchiche and he could make a few appearances in the first team next season after training with the squad this week. Although his contract ends in 2021 and has clubs chasing his signature, he looks likely to sign a contract to keep him at PSG.

One transfer that went under the radar in the summer of 2019 was Denis Franchi joining from the Italian side Prata Falchi Visinale. He’s an incredibly talented goalkeeper, which has put the future of Garissone Innocent in doubt. Along with Kalimuendo and Pembélé, Franchi has also been training with the first team this week and looks likely to make the squad for the few remaining competitive matches of the 2019-20 season.