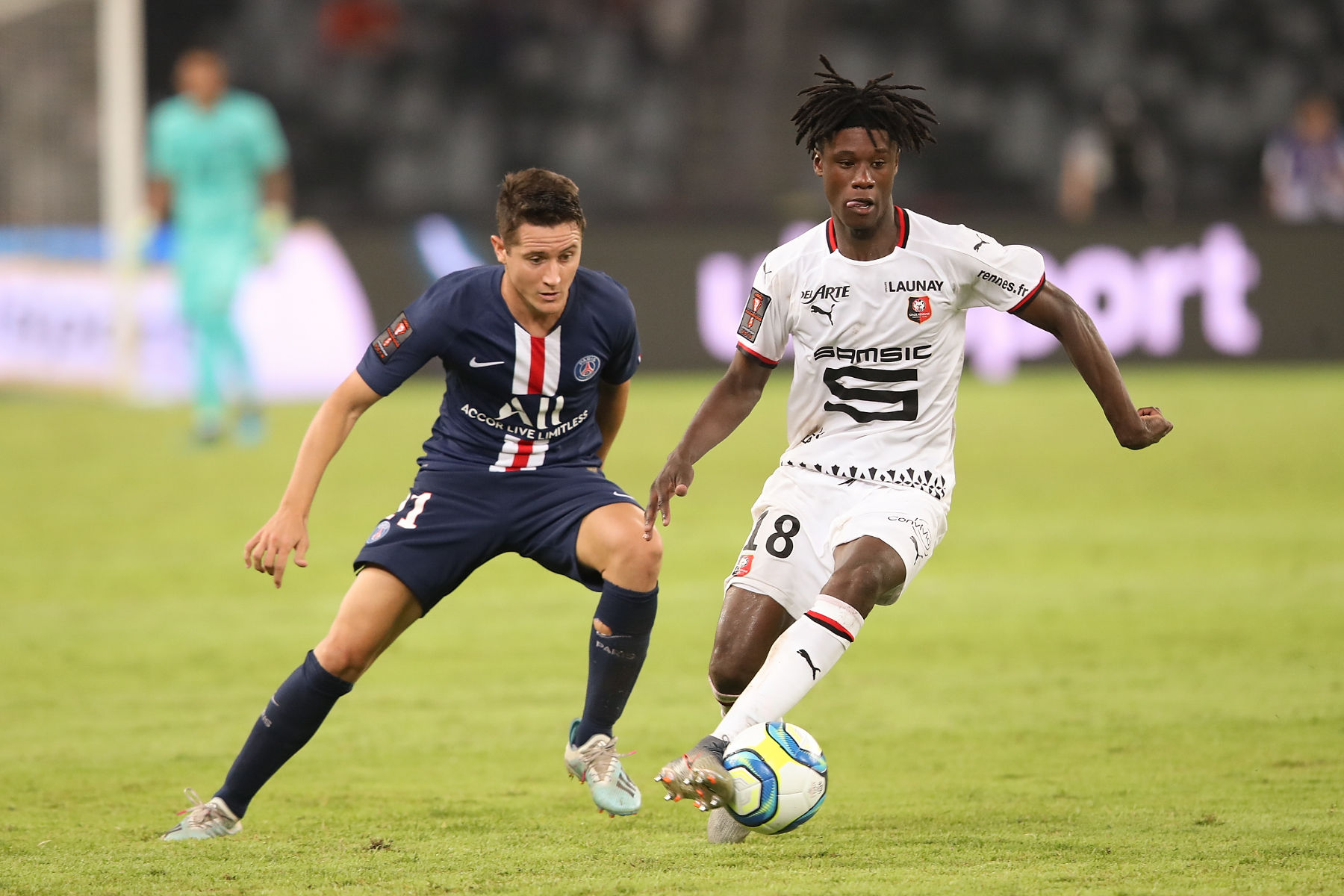 Paris Saint-Germain got an up-close look at just how good Stade Rennais midfielder Eduardo Camavinga is as his side defeated the eventual Ligue 1 champions at Roazhon Park earlier this season.

The 17-year-old’s performance that night is what catapulted the Frenchman as a household name. Soon after, the transfer rumors started with Real Madrid touted as his most likely destination should he leave Rennes.

Camavinga is the tall midfielder that Leonardo wants to sign but at a reported transfer fee of €50 million, PSG may be priced out.

The only way I could see this deal happening is if PSG pays Rennes in installments and immediately loans Camavinga back to them for the 2020-21 season. PSG has to hope that like Kylian Mbappé when he was at AS Monaco, Camavinga feels an attachment to France and isn’t in a rush to leave Ligue 1 for the bright lights of Real Madrid.