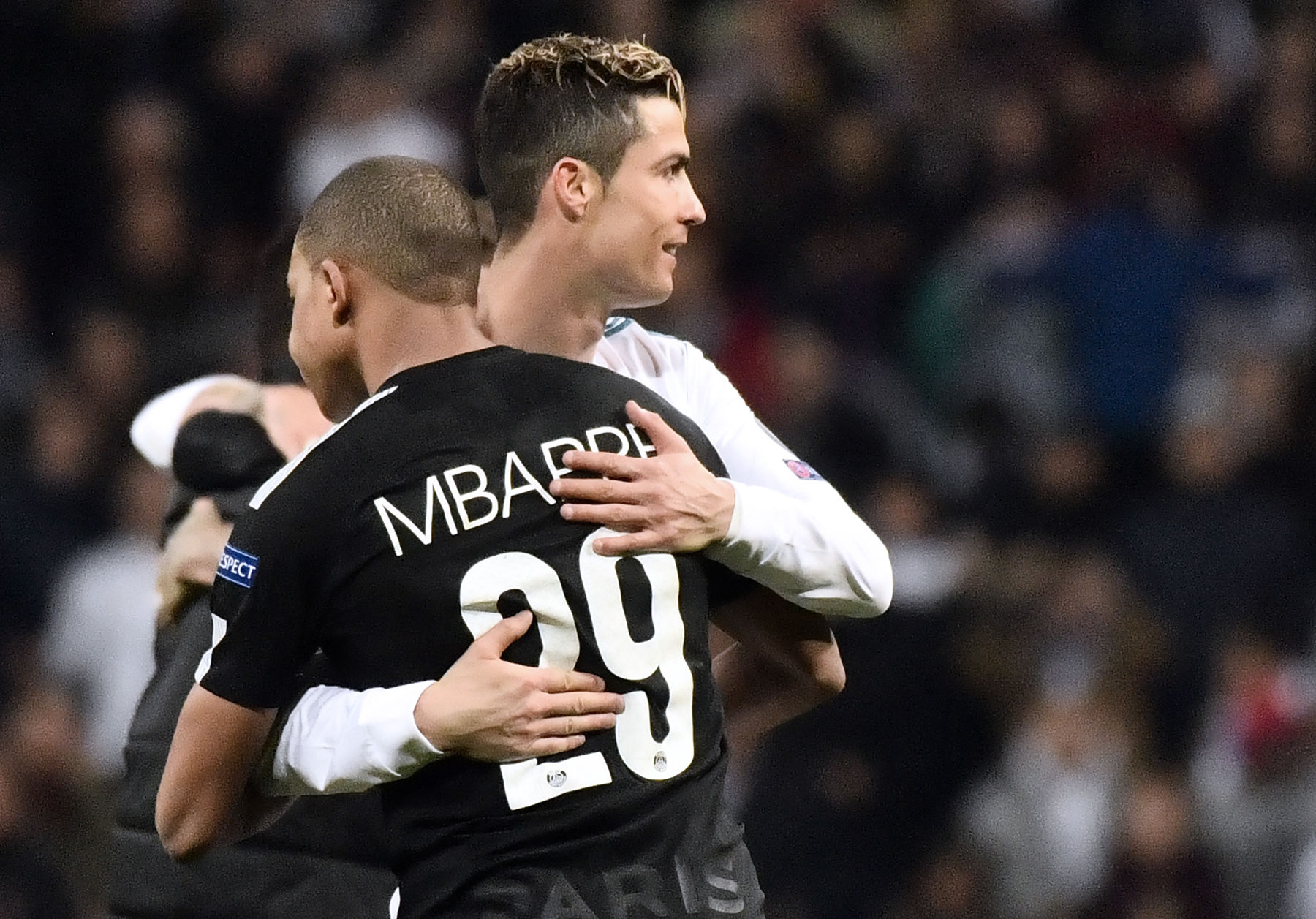 In an interview with Metro Sport, Mbappé was asked who he looks up to and the Paris Saint-Germain superstar was quick to produce the names of Zinedine Zidane and Cristiano Ronaldo.

“First was Zidane for everything he achieved with the national team–and then it was Ronaldo. He has won so much and still continues to be a winner even after so much success.”

This shouldn’t come as news to anyone who has followed Mbappé’s career. The Frenchman grew up with posters of Ronaldo on the walls of his childhood bedroom and on his 14th birthday, his parents surprised him with a trip to Spain to meet Zidane who drove Mbappé to the training pitch in his car.

Kylian Mbappe used to have a few Cristiano Ronaldo posters on his wall as a kid… pic.twitter.com/0wKRB4Xdpk

Real Madrid tried to sign Mbappé when he broke onto the scene with AS Monaco but he decided to sign for his hometown club and remain in France.

Since then, Real Madrid has been monitoring the FIFA World Cup winner in hopes of prying him away from the grips of PSG.

Mbappé probably won’t play his entire career in the French capital but one thing that should give PSG supporters hope that he may stay beyond 2022, which is when his current contract expires, is that he wants to write his own chapter in the history books. I take that to me he wants to deliver the first UEFA Champions League title in PSG history.

We’ll know more about Mbappé’s intentions prior to the start of the 2020-21 season. If he refuses to sign an extension, then we should expect him to leave next summer for Real Madrid.