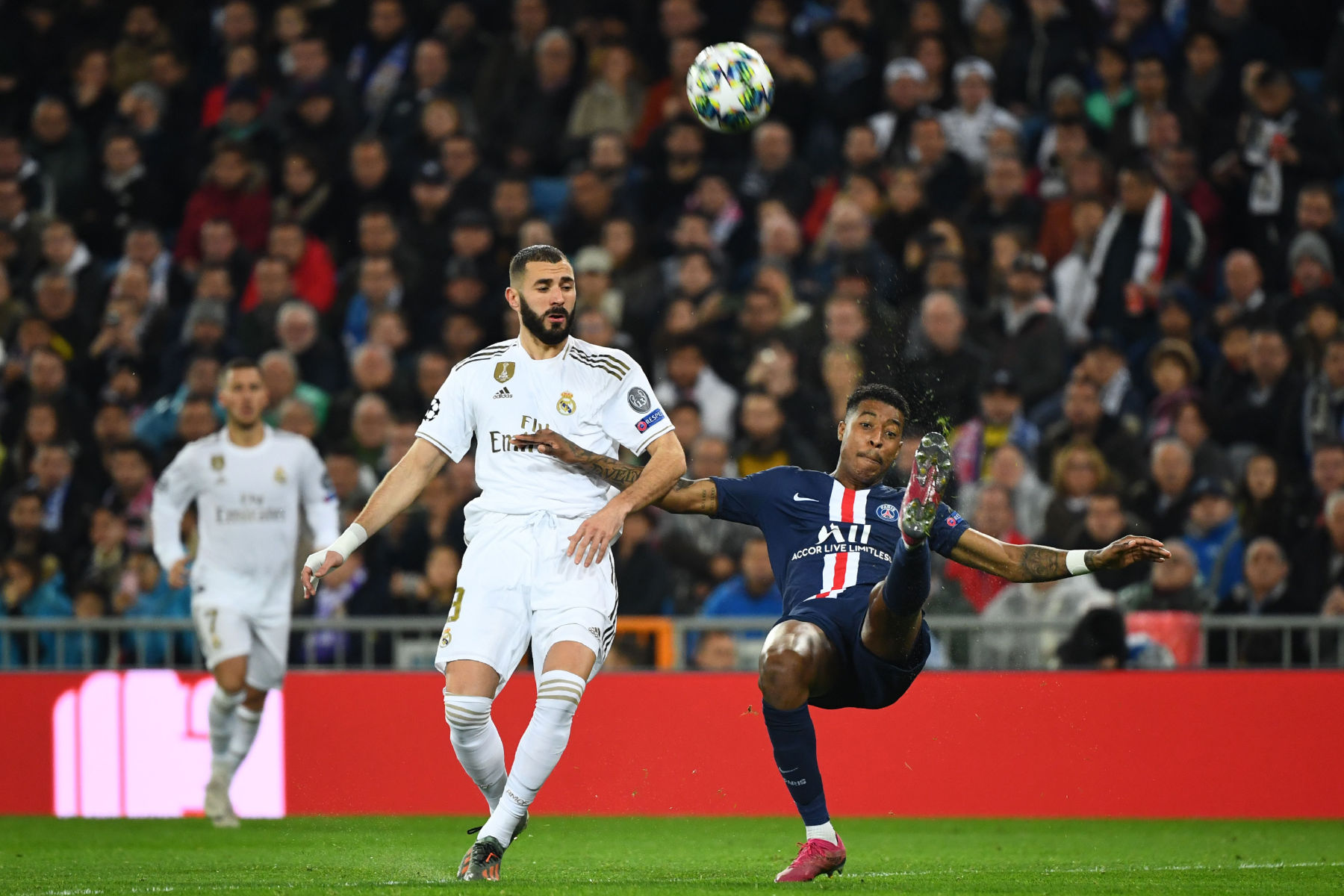 News
Real Madrid Forward is the Hardest Player to Defend According to PSG’s Kimpembe
By Ed - 3 May 2020, 7:23

Presnel Kimpembe is only 24-years-old but the Paris Saint-Germain defender has already gone to battle against some of the most fearsome attackers in world football.

From Lionel Messi to Erling Haaland, Kimpembe has been well tested over the years as he’s worked his way up through the ranks at PSG to become a much-relied upon center-back.

During a recent Instagram Live broadcast (via Onze Mondial), the France international revealed the forward who gives him the most trouble on the pitch.

“Benzema. People will expect me to say the name of a fairly tough player, but no. Benzema, he has incredible gaming intelligence.”

Last November, we saw just how good Benzema can be at the expense of PSG. In the group stage of the UEFA Champions League, Paris traveled to the Santiago Bernabéu Stadium and Benzema proceeded to put two goals past Keylor Navas. Only a late rally from PSG was able to salvage a 2-2 draw.

Benzema is so talented, in fact, that PSG could make a run at signing him during the upcoming transfer window but the prospects of that happening seem unlikely.