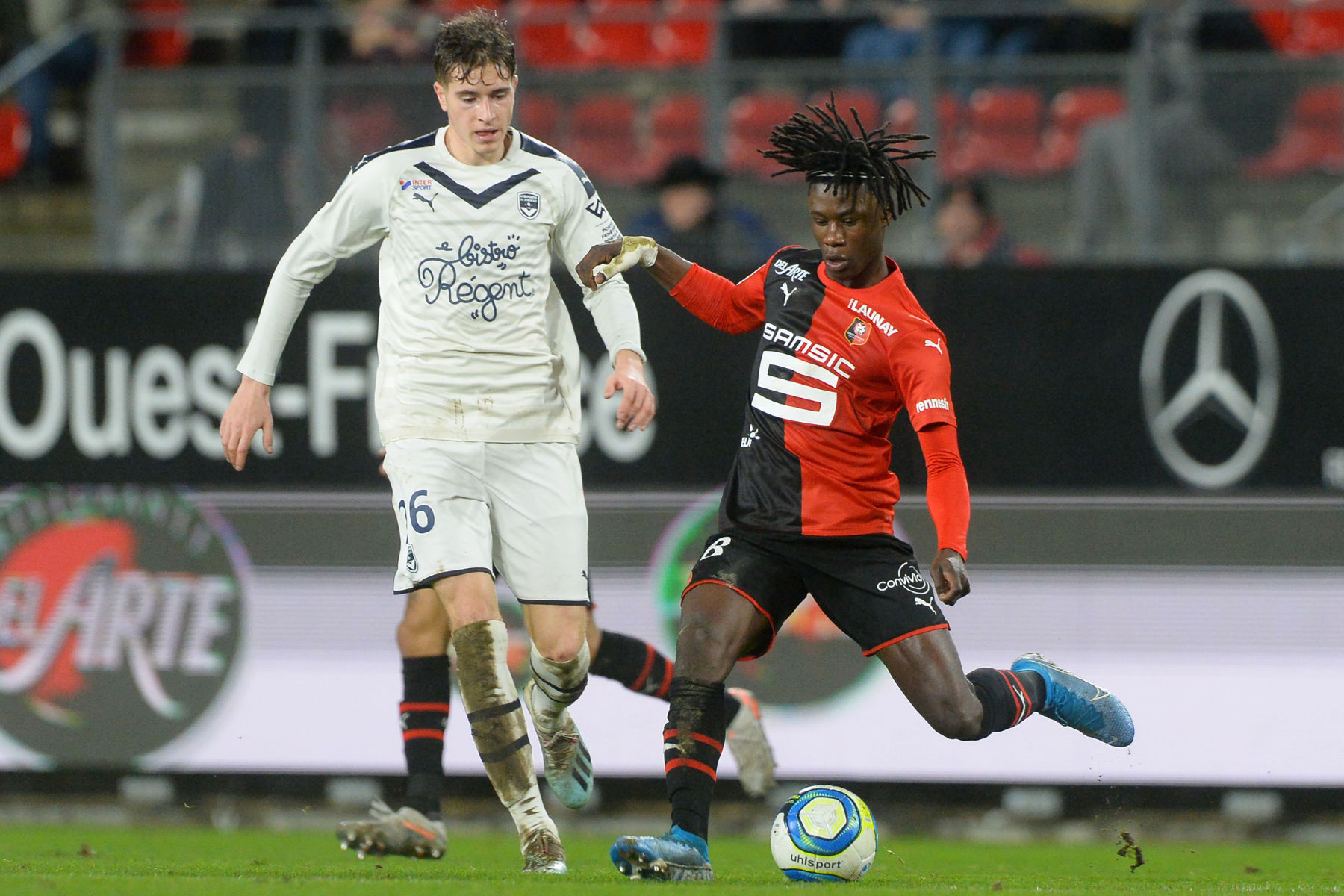 The transfer market is all about the domino effect. When one club makes a big signing, that inevitably triggers several other signings that follow soon after. That could be the case this summer as Paris Saint-Germain and Real Madrid circle around some of the same players.

There’s no question that Manchester United is open to selling Paul Pogba who is approaching the final year of his contract. The Red Devils can extend his stay until 2022 but more than likely they would like to cash in on him now and focus on other transfer targets.

Real Madrid has been heavily linked with the Frenchman and it seems like a natural fit. However, according to Le10Sport, Zinedine Zidane and the decision-makers at Real Madrid would prefer to sign Stade Rennais midfielder Eduardo Camavinga instead. The report also indicates that PSG and Juventus FC are also following the 17-year-old.

Camavinga is one of the most promising talents in Europe and PSG got an up-close look at him earlier in the season when Rennes defeated the Ligue 1 leaders at the Roazhon Park.

The Express believes that if PSG were to sign Camavinga, that would free Real Madrid to pursue Pogba 100 percent.

PSG may be able to sign Camavinga but if they do, it will likely have to be a situation where they pay Rennes their asking price and then immediately loan him back. The reason being is that according to AS, the player agreed with his current club to remain if they qualified for the Champions League, which they did with a third-place finish once the season was ended prematurely.

The upcoming transfer window will be an interesting one but I just don’t see PSG spending big on Camavinga and then not utilizing him for the 2020-21 campaign. This is one domino that I don’t expect to fall.