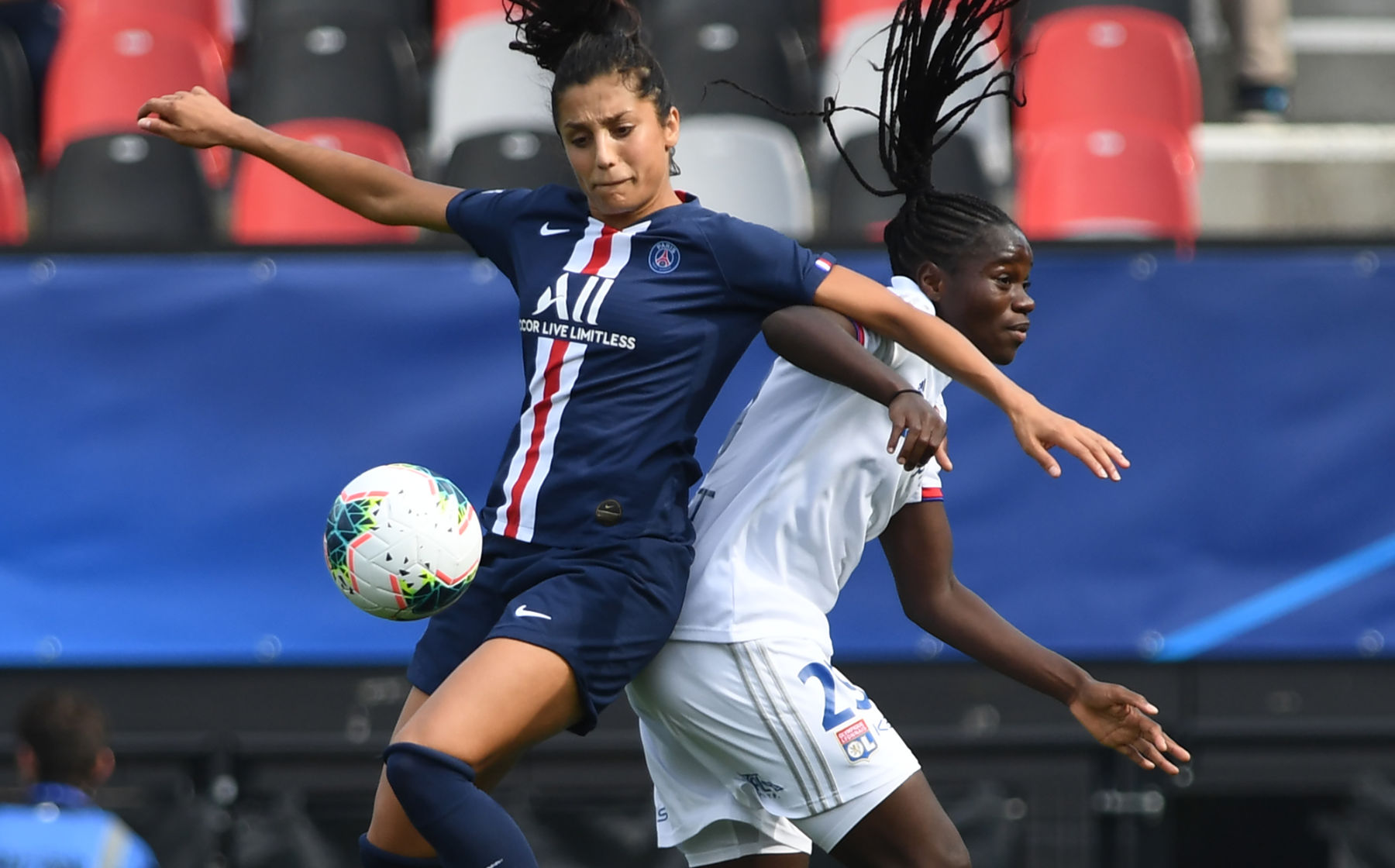 The French Football Federation recently announced the cancellation of the Ligue 1 and Ligue 2 seasons after the French government barred any sporting events from occurring before September.

Nonetheless, Paris Saint-Germain is working on alternatives as the capital club still has a chance to win the UEFA Champions League.

With most of the focus on PSG’s men’s team, PSG Féminine coach Olivier Echouafni spoke with Culture PSG, and the 47-year-old told the website that he is hopeful that they’ll finish their season despite the cancelation of Division 1 Féminine.

The women’s squad is currently playing in the UEFA Women’s Champions League and Coupe de France semi-finals, so although they won’t be able to win the league title, they’re hoping to end the season with a trophy or two.

CP: Have the players all stayed in their Parisian home?

OE: We made the choice to let the girls return to their families when possible. Three of the foreign players in the squad, who live the furthest, are still in Paris. Ashley Lawrence and Christiane Endler stayed close to the training center but we made sure that they did not stay alone at home, especially from a psychological point of view. After three weeks in Paris, the Brazilian Luana returned to the country to join her family as well. Huitema, Cook, the Scandinavians and the Poles were already authorized to return to their relatives in their respective countries.

CP: What about their physical follow-up as well?

OE: Upon their return from selection, the players were able to read a program over four to five weeks. We made regular points with the players, the technical staff and the medical staff to know how it was going. We were thinking of a recovery date that has since faded. There is still an established program but no objective to reach for the moment, since we do not yet know on what date will take place a possible resumption of the current season or next season. The good news, however, is that German Sara Däbritz is continuing her re-athletics program after her heavy knee injury and is working very hard to get back.

CP: As for the championship, however, the FFF decided after the Prime Minister’s announcements!

OE: Yes, and it’s still very frustrating from a competitor’s point of view. We end this championship with a taste of unfinished somewhere. It all happened fairly quickly and brutally. We were preparing for the biggest shock of the season, which could have changed things in D1 Arkéma if the result was favorable. Imagine a Parisian 2-0 victory against OL at Jean-Bouin and PSG would have been crowned champion! This is played at 48h between the return of our internationals and the supposed date of the meeting. And suddenly, a stop like that is quite frustrating … Even if of course, this stop is more than legitimate in view of the current situation.

CP: However, you mentioned the possibility of ending the current season …

OE: Yes, we still have the hope, like the other qualified clubs, to compete and finish the Coupe de France, for which PSG must face Bordeaux in the semi-finals and also the Champions League for women where Arsenal was against us in quarter-final. Now, there are still a lot of outstanding questions, including the date on which clubs would be allowed to train again, in small groups or in full groups, if it is possible to make medical points, but also the dates for which we could play these competitions, with which formats selected, which place, … Knowing in particular that the players, with this long break, will necessarily need to start again with a preparation of three, four or even five weeks, and that they need to find themselves too!

CP: But also with which players, because if it is mentioned to resume competitions in August, what about the players at the end of the contract on June 30?

OE: Again, this is a new question that is added to those already mentioned. Will we have all the players from the current squad at our disposal or will they have already taken part in the pre-season preparation with their new team for those who would be leaving? I do not know. I also don’t know if someone today in national or European bodies also knows this.

CP: UEFA has worked out a competition format for the Champions League and the Europa League, with a dry match per round, on neutral ground in Switzerland, over one or two weeks. Can we think that this also happens in the same way for the Women’s Champions League?

OE: As explained previously, we must also see on what date this new formula would be played. After that, there are also other possibilities, like ending the competition in the 2020-21 sports season, by canceling the next competition, since the championships have not been finished for most nations. With the eight qualified, it would be necessary to form two groups of four after drawing lots, the first two would qualify for the semi-finals in the return leg before playing the final. This would correspond to the current number of matches and prepare the clubs for the new competition formula which would start in 2021-22. But this is only a possibility.