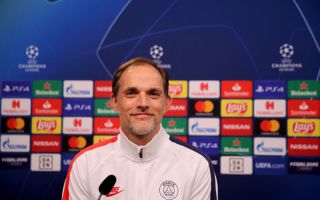 Thomas Tuchel is likely aware that he is in the minds of many Paris Saint-Germain fans in regards to his future with the club.

With the club receiving mixed results in his time as manager, he has split the fanbase with many wanting him to stay and many wanting him replaced. Tuchel has had highs and lows during his time at PSG and many wonder whether or not he’s the right man to lead the project long-term.

Leonardo, PSG’s sporting director, is also rumored to have been looking around for a replacement with Massimiliano Allegri and Simone Inzaghi being lined up as replacements. It’s assumed that the Brazilian would like to hire his own man to lead PSG since when he arrived last summer, Tuchel was already at the club.

One huge factor in this, however, is the coronavirus, which has canceled Ligue 1 this season and threatens to do the same with the UEFA Champions League and summer transfer window. With all this uncertainty going on, a manager coming into PSG would have little to no transfer window in order to shape his team and would have to adjust quickly in order to start on the front foot.

Therefore, I believe Tuchel should be given a third season in order to build off of what he’s already accomplished regardless of what happens in the Champions League this season. The German already has the highest win percentage of any manager in PSG’s history and barring the disastrous second-leg performance against Manchester United last season, has done little wrong to not deserve a third season.

PSG haven’t had a manager in charge for a third season since Laurent Blanc back in 2016 and the revolving door of managers isn’t going to help the PSG project moving forward.

Tuchel had unfinished teams in both his first and second seasons at the club. In the first season, he was desperate for a midfielder with Marco Verratti being the only one at his disposal. In his second season, Tuchel had a nightmare at right-back where players such as Ander Herrera and Loïc Mbe Soh had to fill in for injuries.

Giving Tuchel the third season would allow him to fill in holes within the squad, which would allow him a serious shot at next season’s Champions League. The club now has depth in nearly every position and if PSG can bring in just a few players this summer, they’ll have one of the best teams in Europe.

Leonardo is working hard in the transfer market and if he and Tuchel can work together and secure great transfer deals due to the coronavirus situation, PSG could be serious contenders for next season’s Champions League and Tuchel could finally play the formation he wants with the personnel he wants.