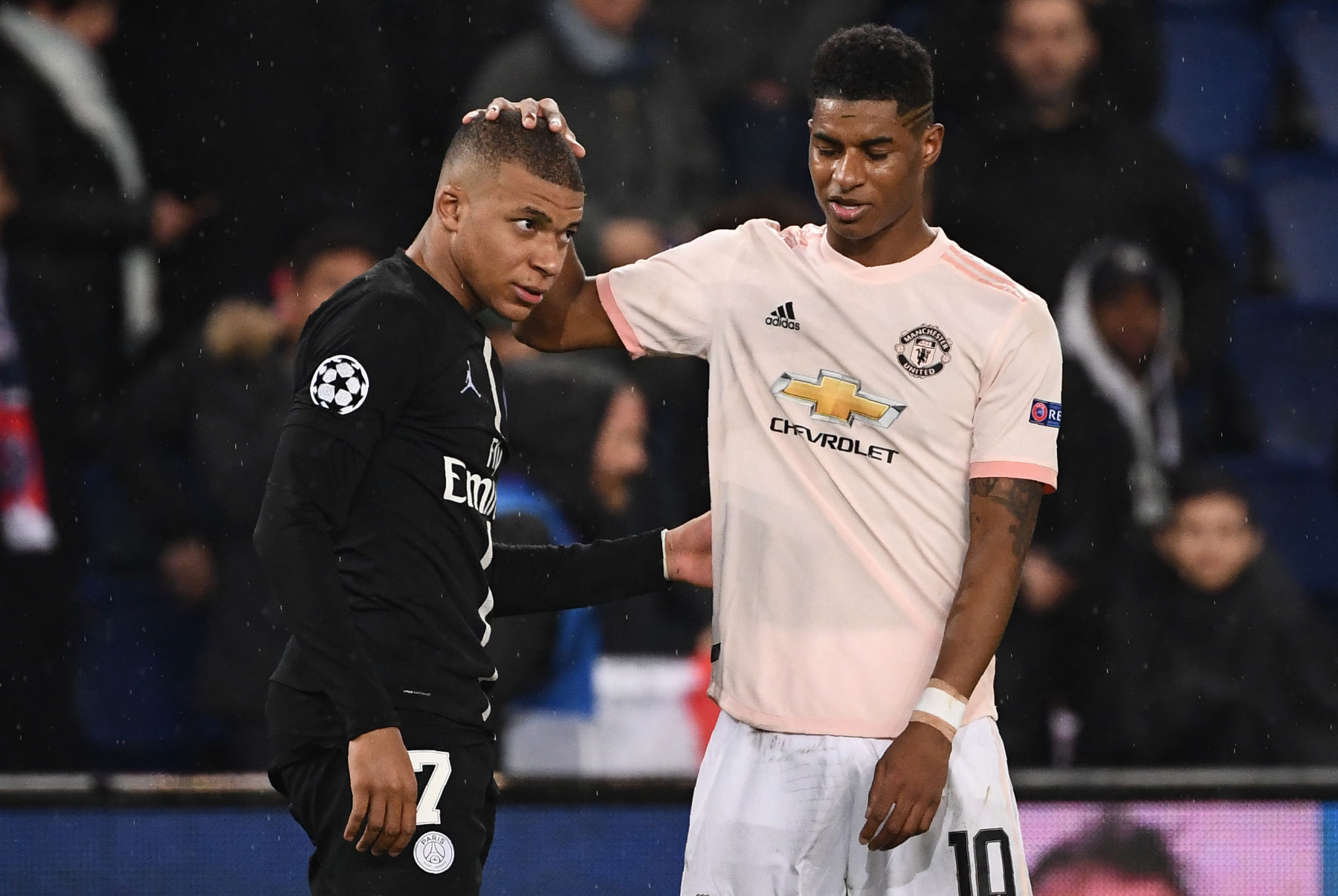 News
Manchester United Forward Can Reach the Level of Mbappé Claims Former Teammate
By Ed - 3 May 2020, 14:00

Other than Luka Modrić in 2018, either Lionel Messi or Cristiano Ronaldo have won the Ballon d’Or every year since 2008.

With Messi turning 33-years-old this summer and Ronaldo already 35, it’s safe to assume their stronghold on the Ballon d’Or trophy will be coming to an end in the very near future.

Along with his Paris Saint-Germain teammate, Neymar Jr., Kylian Mbappé is considered one of those players expected to be in contention for the coveted title every year.

At 21-years-old, Mbappé has already won every trophy in Ligue 1 and a FIFA World Cup in 2018 with France. Only the UEFA Champions League eludes him.

There could be another name to enter the race for football’s ultimate price when it comes to individual accolades and his name is Marcus Rashford.

Accord to Parma Calcio defender Matteo Darmian, who was Rashford’s teammate at Manchester United from 2016-2019, the England international is on a trajectory that could lead to the Ballon d’Or.

“I still remember Marcus Rashford’s first session with the senior squad like it was yesterday,” Darmian told The Guardian. “I immediately thought: ‘wow, this is an incredible player.’ He did so many impressive things for a player of his age and the way he improved in every detail really impressed me.”

“If he continues to work the way he has done so far he can be a Ballon d’Or winner. I’m convinced of this. He impressed me the most of all the players at United and he’s very young and can still improve. For me, he can reach the level of Kylian Mbappé and compete for the Ballon d’Or for years to come.”

A lot of Manchester United fans would have you believe that Rashford is already on the level of Mbappé so it’s reassuring that someone who has actually played with Rashford believes there is still a gap between the two young players.

Before the season came to a halt due to the coronavirus, Rashford netted a respectable 19 goals in 31 appearances, but only one in the UEFA Europa League. Mbappé has scored 30 goals in 33 appearances for PSG with five goals coming in the UEFA Champions League.