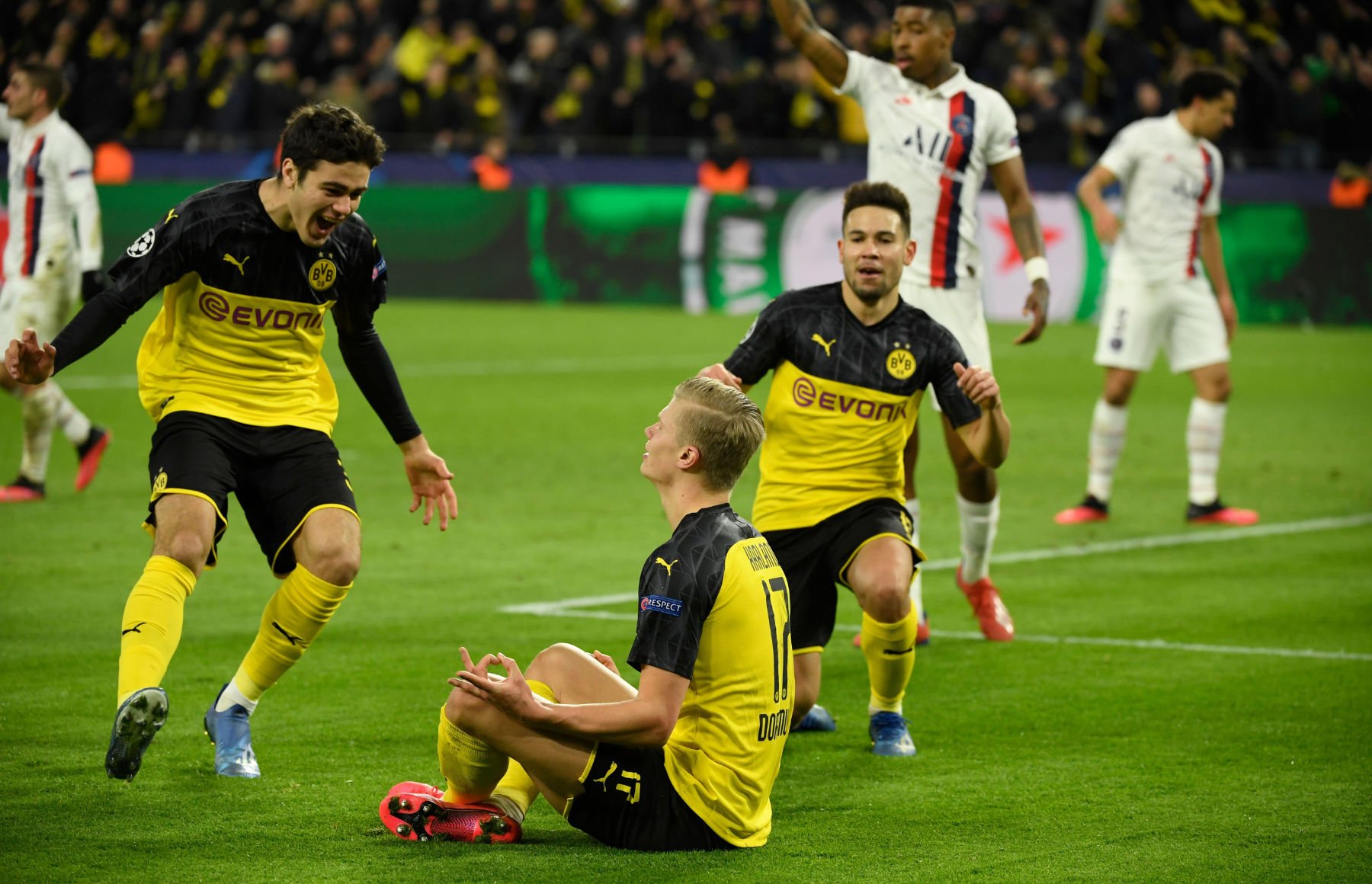 I can’t believe we’re still talking about this…

Remember back on March 11, when Paris Saint-Germain dominated Borussia Dortmund at the Parc des Princes to advance to the quarter-finals of the UEFA Champions League?

During that match, Neymar Jr. scored a fabulous diving header and proceeded to mock Erling Haaland’s “meditation” celebration that the youngster performed after his brace in the first leg at Signal Iduna Park.

Not only did Neymar mock Haaland, but the entire PSG squad mocked him ruthlessly after the final whistle much to the dismay of pretty much everyone except those who support PSG.

The source of why Neymar and his teammates went at Haaland and Dortmund has been covered extensively. Essentially, they didn’t like all of the chirping coming from the German club after they won the first leg 2-1.

Haaland’s father spoke to the press following Dortmund’s collapse in the Champions League and pretty much called PSG “classless” for mocking his son. During a recent interview with ESPN, the 19-year-old took the higher road.

“I think [PSG] helped me a lot to get meditation out in the world and to show the whole world that meditation is an important thing so I’m thankful that they helped me with that.”

For a player that looks up to former PSG legend, Zlatan Ibrahimovic, you would think he would use the interview as an opportunity to fire a shot back at PSG or come up with some clever quip. Missed opportunity.