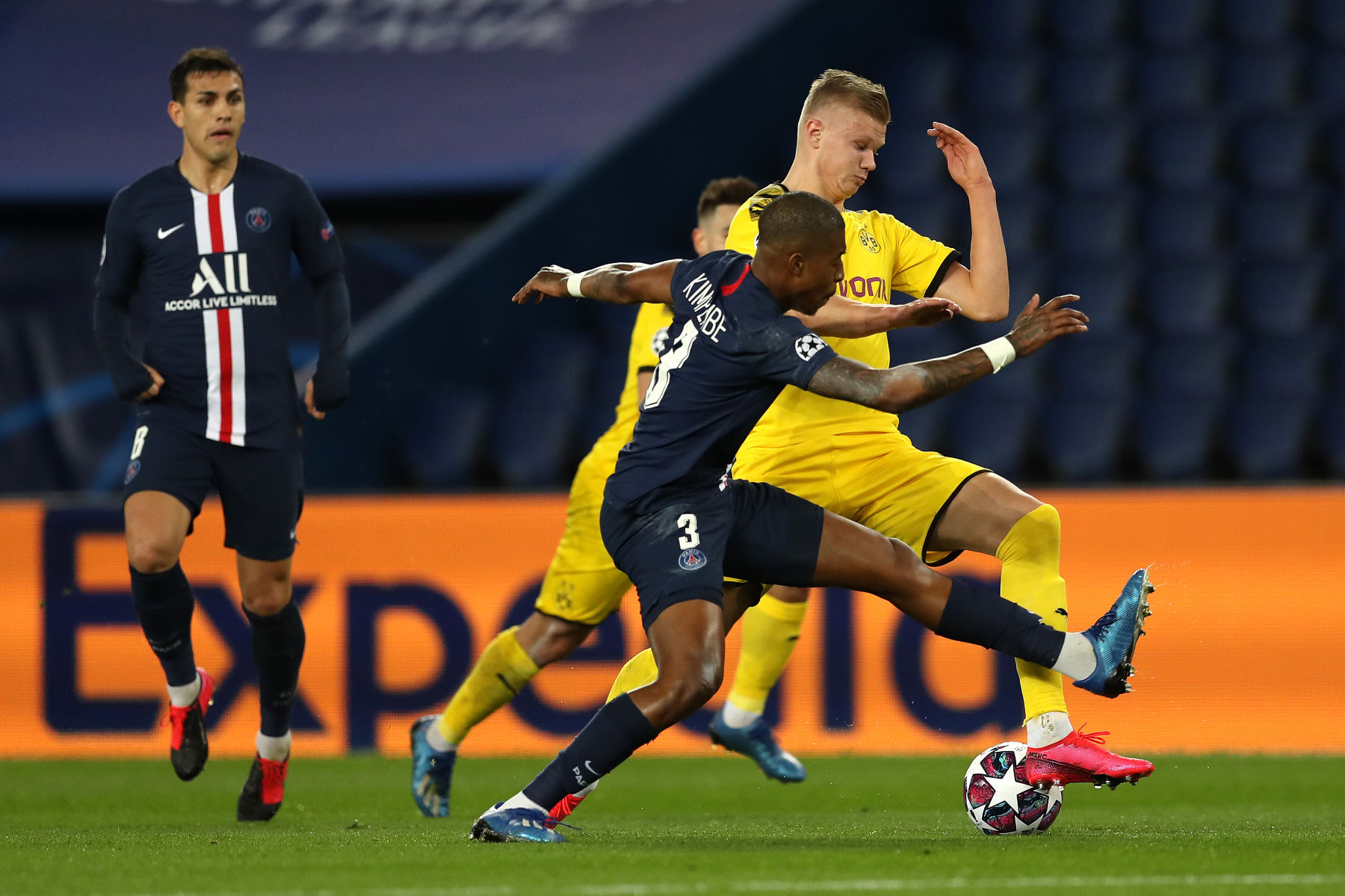 Football returned this weekend with the Bundesliga picking up play after a lengthy absence due to the coronavirus and everyone tuned in, even Paris Saint-Germain superstar Kylian Mbappé.

The game most paid attention to was Borussia Dortmund vs. FC Schalke, the Revierderby. It was the first time Dortmund played a competitive match since the 2-0 defeat to Paris Saint-Germain last March that knocked them out of the UEFA Champions League Round of 16.

During that match, Dortmund’s Erling Haaland failed to show up in the biggest match of the season for his club after scoring two goals in front of his home supporters and PSG center-back Presnel Kimpembe was the main reason why. The Frenchman was physical all night with the Dortmund striker and pocketed him for 90 minutes.

Finally free from Kimpembe’s relentless defending, Haaland was able to pad his stats with another goal against a mid-table Bundesliga and while mainstream social media accounts lauded his accomplishment, PSG fans were quick to remind him and Dortmund that he was a no-show against them in the French capital.

Haaland; couldn't do it on a quiet Wednesday night in Paris. #flattrackbully #PSG #BvB

PSG fans don’t hate Haaland, don’t really care about him one way or the other. The fact that the soccer media kisses his ass and makes Twitter shrines to him, and have to come to his defense like he’s a puppy getting kicked after he 1)talked shit 2) didn’t back it up…@PSGTalk

Look what happens when Presenel Kimpembe isn’t defending him https://t.co/rb0FUMGXvj

You left one kind of important game out of your little list. https://t.co/4HkX58iQtr

He got eliminated from the CL twice in one season, he lost the cup game with bvb, wtf are you on about, one game?

It’s been reported that several PSG players, including Neymar Jr., took issue with Dortmund’s gloating on social media after they won the first leg of the Champions League tie and that provided extra motivation for Les Parisiens to overturn the 2-1 deficit at the Parc des Princes. So, you can’t blame PSG fans for wanting to continue taking shots at a club that took delight in disrespecting them.

Oh, and before you say “rent-free,” just remember that same phrase goes for all those who criticize Neymar on a daily basis.