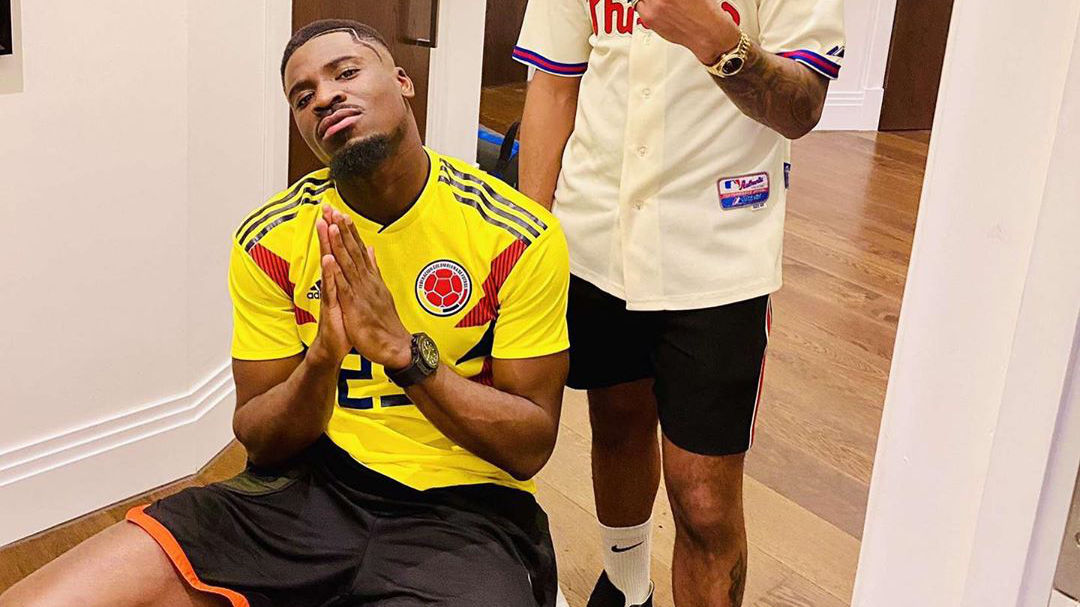 News
Former PSG Defender in Hot Water With Tottenham After Breaking Lockdown Rules
By Ed - 22 May 2020, 5:33

Our old friend Serge Aurier is back in the news for reasons having nothing to do with his performance on the pitch.

The Tottenham Hotspur defender was already having a lackluster season to the point that his name was popping up in transfer rumors and the North London club is reportedly interested in signing Paris Saint-Germain right-back Thomas Meunier.

Off the pitch, Aurier has caused a bit of controversy after posting a photo on Instagram showing him breaching physical distancing rules during the coronavirus. The photo shows the Ivorian (in a Colombia national team jersey) sitting down after getting his haircut. His barber, Justin Carr, is standing right behind him. According to UK regulations, hairdressers are supposed to be closed until July 4.

According to a report on the situation from The Guardian, this is Aurier’s third breach of the lockdown rules. He has been photographed running with a friend and he uploaded a video to his Instagram Story showing him training with teammate Moussa Sissoko.

While Spurs investigate the matter, Aurier responded to the criticism by attempting to brush off the seriousness of the issue.

“Bla-bla-bla. My hairdresser is negative and me too so stop talking in a vacuum and put on masks and gloves when you come to take pictures at the training centre. It’s part of the rules too.”

That kind of statement isn’t going to ingratiate Aurier to the supporters and only further alienate him with the fanbase.

If you remember, back in 2016, Aurier went live on Periscope where he insulted manager Laurent Black and teammate Zlatan Ibrahimovic.

Aurier may want to return to Paris one day but unless he stops making headlines for the wrong reasons, I just don’t see that ever happening.