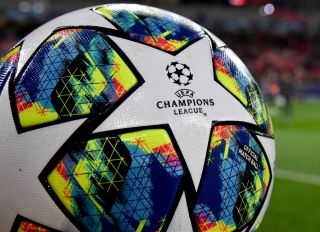 The 2019-20 Ligue 1 season will not resume due to the coronavirus pandemic and we still don’t know if that means Paris Saint-Germain will be crowned champions or if the season will be voided.

The domestic season is over, for now, and the Professional Football League (LFP) must now sort out relegation, promotion, European qualification, and when to start the 2020-21 season since no athletic events will take place before September.

While that complicated matter is being discussed, PSG has more pressing matters to attend to, namely the UEFA Champions League.

Recent reports indicated that the tournament would resume in August but that timeframe could change and the entire competition could be scrapped as well. Obviously, PSG would prefer that the Champions League resume after reaching the quarter-finals for the first time since 2016.

In a statement released after the cancellation of the Ligue 1 season (via ESPN), PSG president, Nasser Al-Khelaifi, said that his side remains hopeful that the Champions League will resume and that they are prepared to do whatever it takes to play out the remaining fixtures.

“Of course, we respect the French government decision—we plan on competing in the Champions League with UEFA agreement—wherever and whenever it is held.”

“If it is not possible to play in France we will play our matches abroad subject to the best conditions for our players and the safety of all our staff.”

Playing abroad is an interesting prospect. If UEFA could identify safe locations and keep the players and staff in isolation, it’s certainly possible for the Champions League to be played to completion but it will look a lot different.

Other than the games being played behind closed doors, the main issue will be allowing enough time for the players to return to training but even if that problem was solved, the players would lack match fitness that you only get from playing actual games. Maybe UEFA could organize friendlies for participating teams before resuming the Champions League but that’s another wrinkle that needs to be ironed out and planned.

This is a very fluid situation and as soon as we hear more developments we’ll share that information and try to put it into context as only we can.