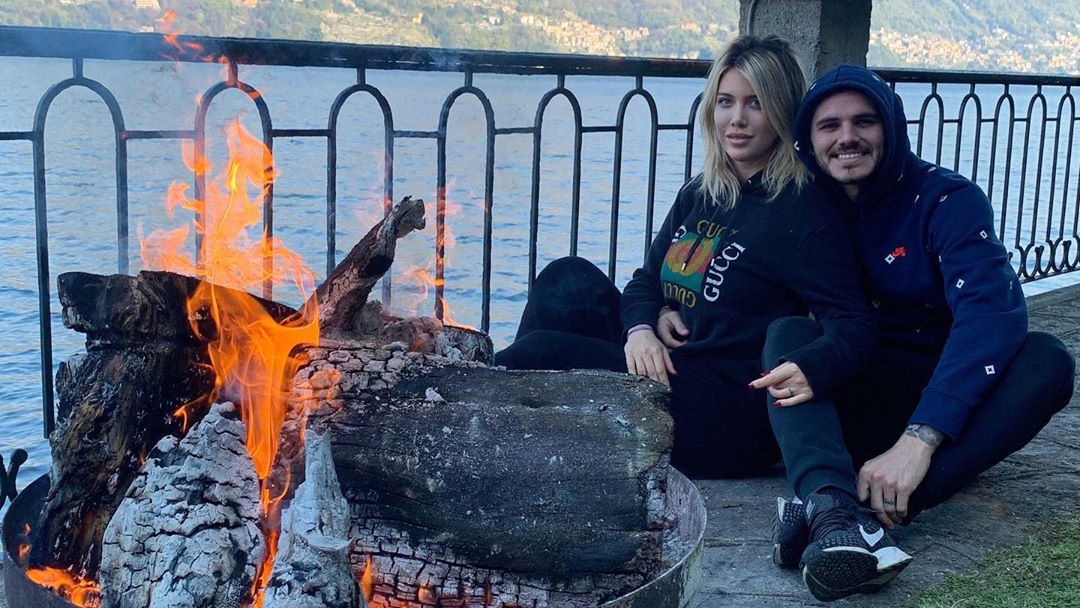 In the midst of a global pandemic, Wanda Icardi, the wife and agent of Paris Saint-Germain striker Mauro Icardi, decided to relocate to Italy with her five children in a move that didn’t go over well with her ex-husband.

Maxi Lopez has three children with Wanda and he essentially accused her of negligence for traveling with the kids from Paris to their home in northern Italy, which has become the epicenter of the coronavirus in the country.

Mauro responded to a question about leaving France for Italy on Instagram saying that he was allowed to return and that the family respected all security measures put in place to limit the spread of the virus.

Wanda had been quiet about the situation until her recent interview with Chi magazine (via RMC Sport) where she explained her decision.

“In Paris, all the players left for their country. We are now Italians. If something happens to me, I prefer it to happen here, at home. My country is Italy which has given us all the good things we have. This is why I want to stay here.”

In terms of safety precautions, Wanda explained that she went to great lengths to keep the children isolated and that flying to Argentina, her native country, would have been more dangerous.

“We took two cars, mine and Mauro’s. We separated the children and covered 750 kilometers in nine and a half hours, singing a billion songs without stopping. It was more risky to go to Argentina.”

Finally, Wanda had some strong words for her ex-husband.

“I did not take the children to the center of the epidemic. Maxi knows that we live in a small village, where there are very few cases. Maxi should be happy that I take care of children so well. I also consulted a pediatrician before leaving.”

There’s a lot to unpack here…

First of all, Wanda is incorrect when she says “all the players left for their country.” As far as I know, the only other players who have left Paris are Neymar Jr., Thiago Silva, Edinson Cavani, Mitchel Bakker, Eric Maxim Choupo-Moting, Keylor Navas, and Thilo Kehrer.

Also, her claims about Italy being her home and where she wants to live sounds like a coded message to PSG executives.

Mauro is on a season-long loan from Inter Milan and whether PSG allows that loan to expire or they activate the option-to-buy clause, it sounds like the Icardi’s want a transfer to an Italian club this summer. Further proof of this is the fact that Wanda mentioned that the lease for the home they rent in Paris had expired. I guess they don’t tend to stay long term?

The Icardi family didn’t break any laws by traveling to their home in Italy but I can understand why Lopez would be frustrated. I personally would have sheltered in place and not risked traveling no matter how small the destination but at least now it’s abundantly clear where they want to be next season.