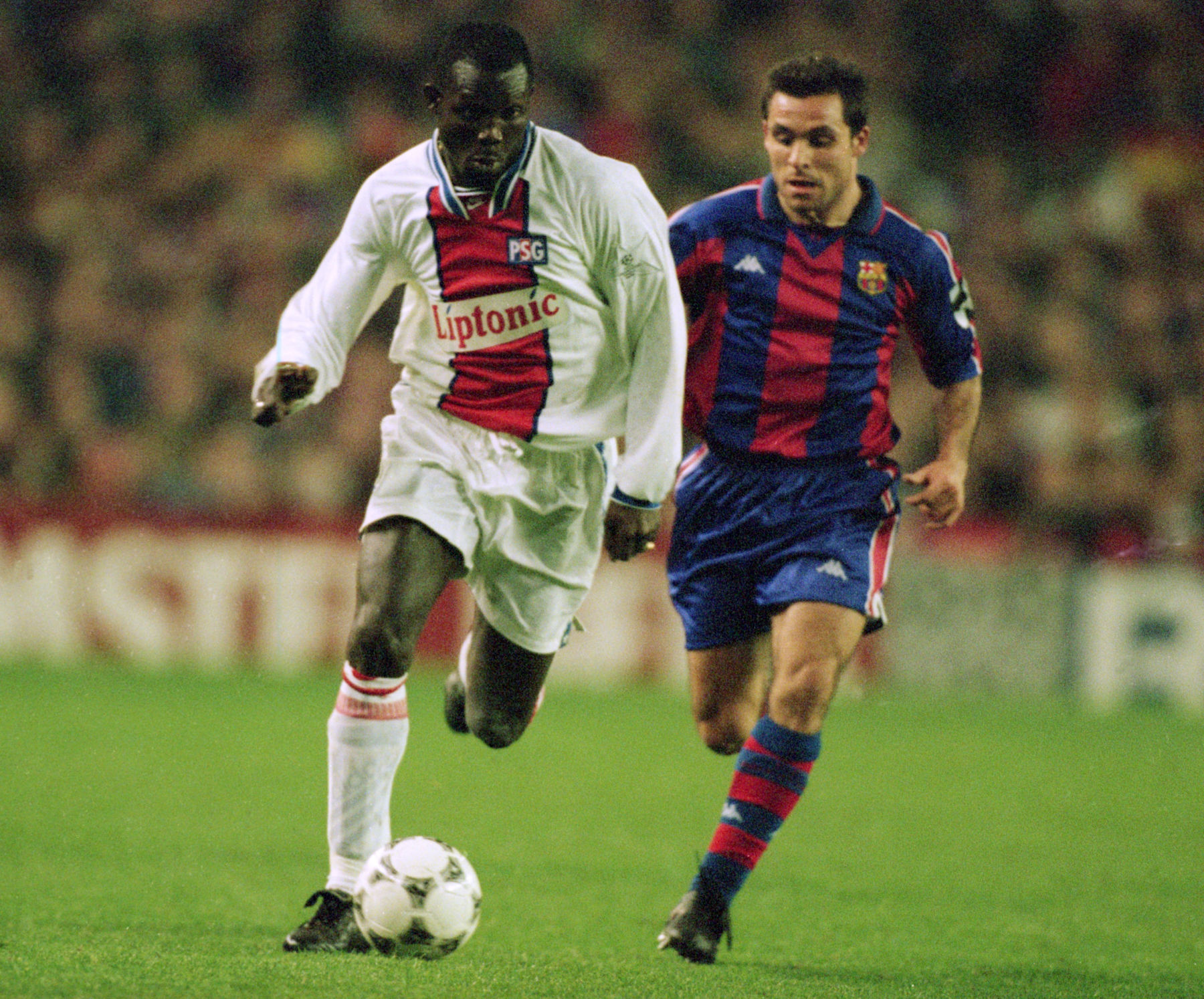 During this time of no football, media outlets (including us) are looking for anything to write and talk about.

During a recent episode of ESPN FC, journalist Julien Laurens was asked who he thought was the best Paris Saint-Germain player of all time.

After a few moments of contemplating, Laurens made his decision and surprisingly, the name he pulled out was from the pre-Qatar Sports Investments era.

“I will still go for George Weah because of the years he had at the club, some of the goals he scored, and also that’s when I was going to the stadium a lot and seeing him when I was growing up. He had such a big influence and then what he went on to achieve as an African man also as a player for other clubs and other leagues as well. I probably would go for George Weah but that’s really tight with a lot of other players at the club.”

Laurens alludes to Weah’s accomplishment to becoming the president of Liberia and winning the Ballon d’Or in 1995 as a member of AC Milan.

Few PSG fans would argue with Laurens’ pick of Weah but for me, I’m not sure I would say he’s “the best.” He only played three seasons at PSG and later in his career, he suited up for rivals Olympique de Marseille. That alone should dock him some points.

In my opinion, declaring “the best” player in club history is difficult because what does that word actually mean? Does it mean the most talented player? If that’s the case, it’s hard to argue against Kylian Mbappé, Neymar Jr., and Ronaldinho. Does it mean most accomplished? Well, Edinson Cavani is the club’s all-time leading scorer and has won 21 titles in France.

Let us know in the comments or on Twitter @PSGTalk what you think of Laurens’ pick and who you this is the best player in PSG history.