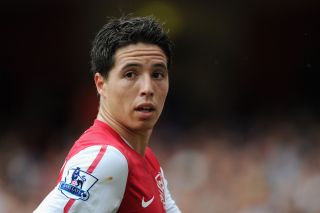 It seems like everyone has an opinion about where Kylian Mbappé should play his football and almost none of those opinions include staying at Paris Saint-Germain.

During a recent Instagram Live (via Foot Mercato), Samir Nasri spoke with journalist Bertrand Latour and the topic of Mbappé came up and the former Arsenal and Olympique de Marseille midfielder expressed his admiration for his compatriot and what he believes the PSG superstar must do to cement his legacy in the game.

“If he wants to make history, win the Champions League with PSG. It’s your city, you’re Parisian. They are your team and that of Neymar.”

I don’t always agree with Nasri on football-related topics but he is 100 percent accurate here. If Mbappé signed for Real Madrid this summer and went on to win the club’s 14th UEFA Champions League, who cares? He’s not from Madrid and it’s not the club’s first title.

A comparison would be LeBron James who grew up in Akron, Ohio. He won two NBA Championships with the Miami Heat but I guarantee you the title he won in 2016 with the Cleveland Cavaliers is more meaningful. He’s from Ohio and the city hadn’t won a major championship in 52 years.

The same goes for Neymar Jr. and FC Barcelona. If he were to return and team up with Lionel Messi, I suppose that’s a nice story of the prodigal son returning but he would still be in Messi’s shadow.

For both Mbappé and Neymar, winning a Champions League title in the French capital would be far more meaningful to their legacies than accomplishing the same at Barcelona and Real Madrid. It’s just sort of surprising coming from Nasri.